“We all saw this coming“: Here’s how late night TV celebrated the fall of Bill O’Reilly

"We all saw this coming at us. Like an old man cornering an intern in the break room" 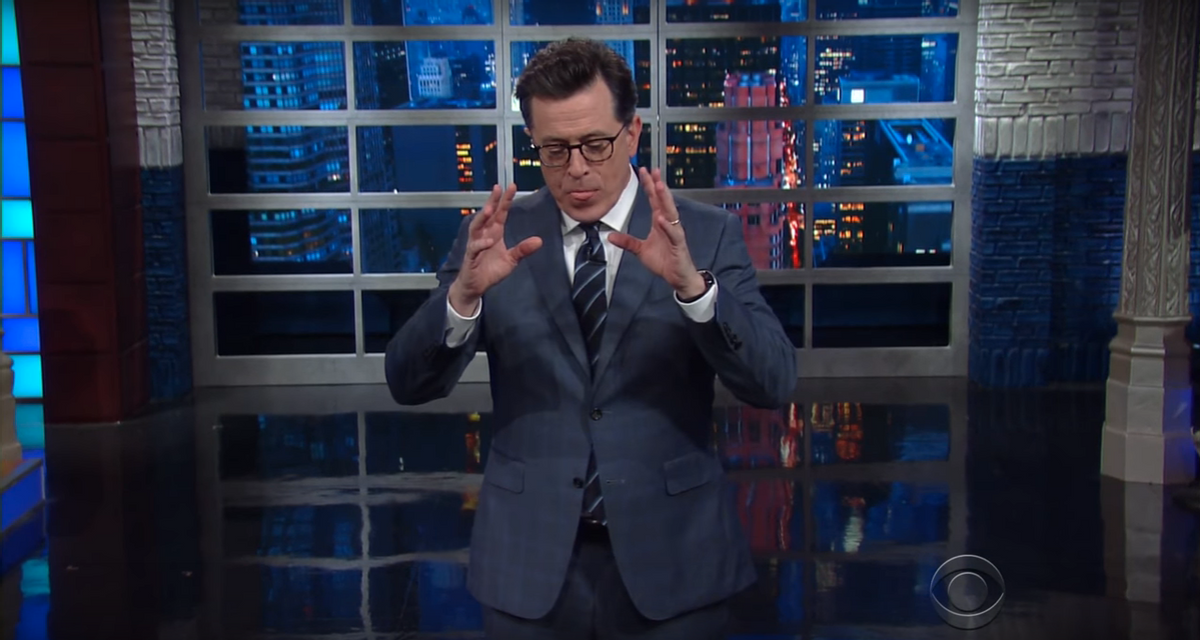 Late-night comedy has taken on Fox News and Bill O'Reilly for years, and with Wednesday's firing of the cable news host, it felt like the "end of an era" — both for right-wing media and political satire.

Stephen Colbert, who launched his career by parodying O'Reilly, gave the man he owed a lot to an appropriate send off.

"We all saw this coming at us," Colbert said in his monologue. "Like an old man cornering an intern in the break room."

With O'Reilly's sudden departure, Colbert could not help but think that there will be a void in homes all across the country.

"It's like looking at your front yard and the big oak tree is gone," he said. "And sure the oak tree said some disturbing thing about young black men. What with their rap music and rap tattoos. But dammit, that tree had been there forever and your grandpa liked to just sit there and stare at it. And then the tree would sell your grandpa gold coins and lubricating catheters."

To commiserate O'Reilly's early retirement, Colbert invited conservative pundit Stephen Colbert on via satellite to offer some words for his fallen hero one last time.

"Hello nation, shame on you. You failed him," conservative Colbert said. "You failed Bill O'Reilly. You didn't deserve this great man. All he ever did was have your back. And if you are a woman, have a go at the front too."

"The end of an era," the real Colbert said before turning his jokes on something President Donald Trump did.

"The Tonight Show starring Jimmy Fallon" also got in on the ridicule, showing no sympathy for the disgraced news host.

"Today, Fox News has announced that Bill O'Reilly has been fired after his sexual harassment scandal. Experts say that its not likely any self-respecting network would hire him," Jimmy Fallon said to kick off his monologue Wednesday night. "Then CNN said welcome aboard. We'll give it a shot."

While Fox News executives were mulling the fate of their highest-paid talent, O'Reilly was in Italy and apparently paid a visit to the Vatican where he scored a picture with Pope Francis.

"O'Reilly actually met with Pope Francis at the Vatican," Fallon said. "When he saw O'Reilly go into confession, the next guy in line said, 'You know what, I'll come back tomorrow. Is next week good?'"

Inarguably, "The Daily Show" has the richest history with Bill O'Reilly. Before passing the baton to Trevor Noah, Jon Stewart frequently pestered O'Reilly and the evil Fox News empire.

With Stewart gone, Noah was given the chance to put the final nail in the coffin.

"You may not know this but Bill O'Reilly was the biggest figure in the history of cable news," Noah said Wednesday. "At one time, nobody even came close because they were afraid he might sexually harass them."

Noah then played O'Reilly's most bigoted, sexist highlights. From his view that white privilege is made up, to his belief that all young black men are coke dealers, O'Reilly spread some impressively racist ideas on his show. He literally told a black guest on his show that looked "like a coke dealer."

"Bill O'Reilly's lucky that black people aren't all the criminals he thinks they are," Noah said. "Otherwise, that guy would have popped a cap in his ass."