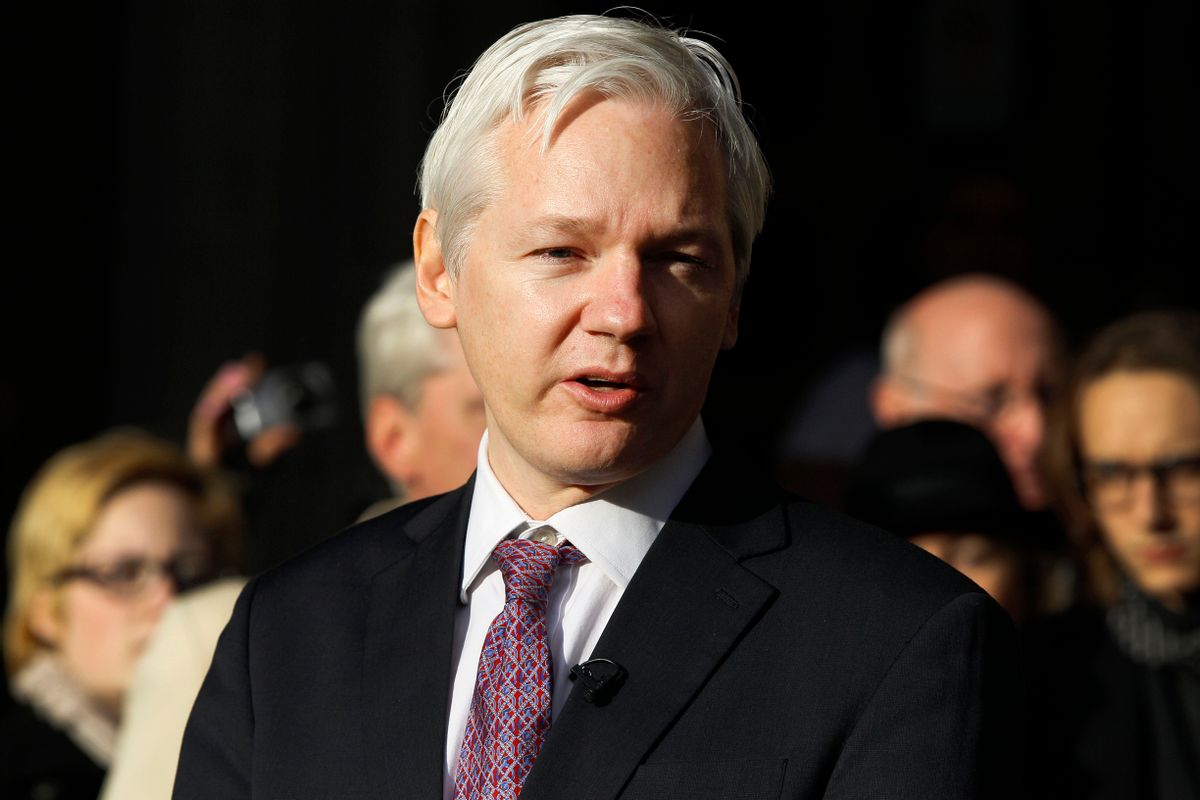 The melodramatic turnabout in the relationship between President Donald Trump and Russia just took a new twist.

Even though Trump once praised WikiLeaks founder Julian Assange (and, before that, suggested that he deserved the death penalty), the administration may now be turning on Assange, who by dumping thousands of hacked emails, may have helped Trump become president in the first place.

The Department of Justice is in the process of preparing charges to seek Assange's arrest, according to a report by CNN. In a press conference on Thursday in which he described Assange's arrest as a "priority," Attorney General Jeff Sessions explained that "we are going to step up our effort and already are stepping up our efforts on all leaks. This is a matter that's gone beyond anything I'm aware of. We have professionals that have been in the security business of the United States for many years that are shocked by the number of leaks and some of them are quite serious."

Assange's lawyer Barry Pollack told CNN that "we've had no communication with the Department of Justice and they have not indicated to me that they have brought any charges against Mr. Assange. They've been unwilling to have any discussion at all, despite our repeated requests, that they let us know what Mr. Assange's status is in any pending investigations. There's no reason why WikiLeaks should be treated differently from any other publisher."

When it comes to the ethics behind seeking Assange's arrest, there are two schools of thought. The first, as explained by CIA Director Mike Pompeo in a speech at the Center for Strategic and International Studies last week, is that WikiLeaks "directed Chelsea Manning to intercept specific secret information, and it overwhelmingly focuses on the United States. It's time to call out WikiLeaks for what it really is: A non-state hostile intelligence service often abetted by state actors like Russia."

By contrast, Trevor Trimm of the Freedom of the Press Foundation told Wired that "any prosecution would be incredibly dangerous for the First Amendment and pretty much every reporter in the United States. You can hate WikiLeaks all you want, but if they’re prosecuted, that precedent can be turned around and used on all the reporters you do like."