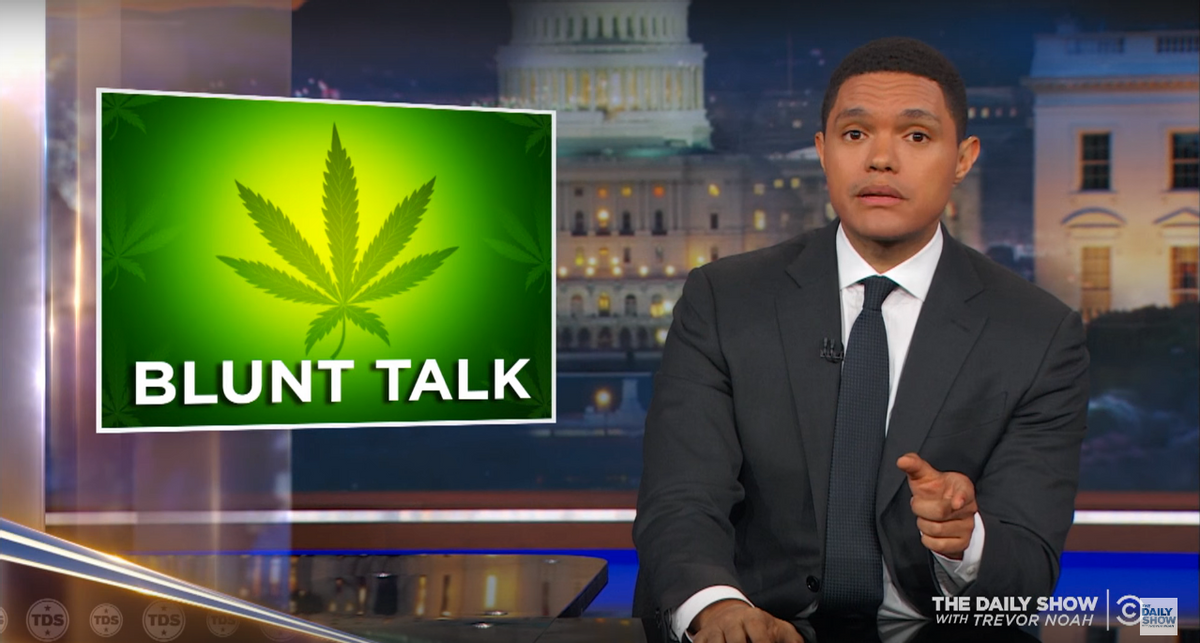 April 20 only comes once a year for marijuana users, and the hosts of late-night seemed to appreciate the spirit of the holiday Thursday. But now that the White House is run by an administration that may look to crack down on marijuana, this year's 4/20 is even more significant.

"Daily Show" host Trevor Noah tried to appeal to the senses of Attorney General Jeff Sessions, who has been vocal in his opposition to legalized marijuana.

"Think of the upside, man. More people who smoke marijuana, more people buy your cookies," Noah said, with a graphic of Sessions dressed up as a Keebler elf standing beside him.

The marijuana industry has created thousands of full time jobs and hundreds of millions of dollars in tax revenue in the states where it is legal, Noah noted.

"So you see kids, drugs are cool," he joked.

The late-night host and standup comedian took the growingly popular opinion that alcohol is "10 times" worse than weed.

"4/20 is only once a year, but Miller time is everyday," Noah lamented.

"Late Show" host Stephen Colbert brought up the marijuana holiday to start his monologue. He shared a new poll that found that 61 percent of American adults believe that marijuana should be legal.

"That number, like its supporters, is at an all time high," Colbert said.

Colbert then did a rundown of marijuana-related news stories from the day. Marijuana proponents reportedly went to the capital on Thursday to pass out joints to Congress members.

"If Congress does spark up, at least they will finally be passing something," Colbert joked while pretending to pass a joint.

"Get it? 'Weed.' As in marijuana. And 'tumble.' As in tumble into the canyon because you were driving high," he said.

"Today is 4/20 so if you see someone who looks all red and totally out of it that's just the President of the United States," "Tonight Show" host Jimmy Fallon noted. "Don't worry about it. It's normal. It's fine."

For the stoners who get hungry after smoking, Fallon would recommend the latest Ben and Jerry's creation.

"I saw that in honor of 4/20 Ben and Jerry's introduced a new menu item that's an ice cream waffle cone taco with fudge called a 'Cholaco.' Or as stoner's put it: 'You had us at ice cream.'"

"Jimmy Kimmel Live" asked people at Venice Beach what is the true genesis of the 4/20 holiday.