Why is Jason Chaffetz leaving Congress? There are a bunch of conspiracies swirling around

The Utah Republican spread all sorts of crazy ideas about Barack Obama. Now others are doing it to him 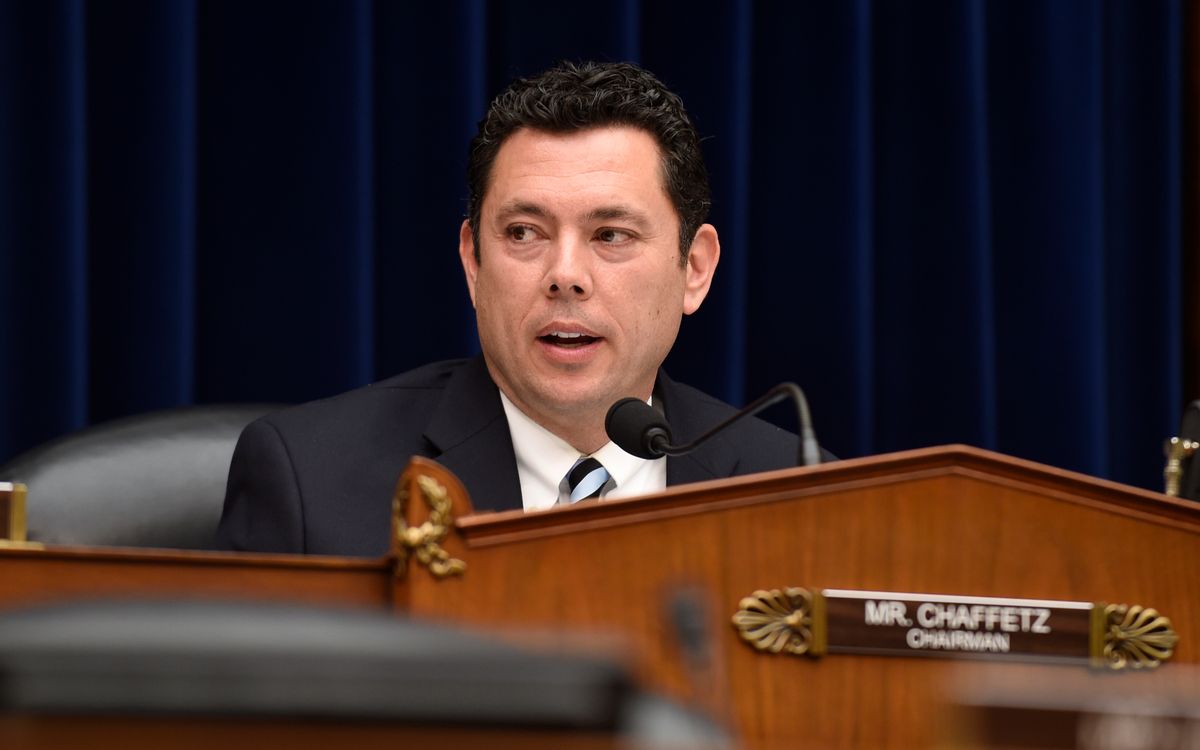 Of course, there are more rational explanations for why the ultra-ambitious Republican would abandon a high-profile office and walk away from the television cameras he so loves. Being the chairman of the House Oversight Committee of the same party as President Donald Trump is surely an uncomfortable position. And it's probably not what Chaffetz was expecting, as the Utah-based Deseret News reported earlier on Friday:

This became most apparent when he parlayed his rising visibility into a chairmanship of the House Oversight Committee, which he used to go after Planned Parenthood, Hillary Clinton and other favorite punching bags of the right. He became the most high-profile antagonist of the Obama administration, the tormentor-in-chief, and in the final weeks of the campaign he vowed that he would continue to investigate Hillary Clinton for using an unclassified email server, improperly staffing the embassy in Benghazi, and any other possible crimes, whether she won re-election or not.

Then Donald Trump got elected and everything changed.

“Trump getting elected was the worst possible thing for him,” says one Utah political insider. “Under a Hillary Clinton presidency, he would have had a nightly gig on Fox News. It would have been Crooked Hillary every night. Instead he got Trump.”

Had Clinton won, Chaffetz would have used the platform to attack the administration at every turn, the subpoena power literally resting in the pen in his pocket. But now, he was suddenly limited by demands to play team ball for a team that was already struggling, fumbling healthcare right out of the gate. And whatever Trump and the fractious House Republicans did, he would be held accountable, even though he would have little control.

Being in charge of investigating allegations of government impropriety against the famously vindictive Trump is bad enough. Add to that fact that 97 percent of Republicans in a recent survey still support him and that alone could account for Chaffetz's desire to get out.

The self-aggrandizing congressman might also have gotten tired of the humble image he's created for himself by refusing to rent or purchase a house in the D.C. area. Instead, he sleeps in his office.

“I’m turning 50 and I’m sleeping on a cot,” he told the Deseret News. “Maybe it’s time to reevaluate my life.”

Other legit theories are that Chaffetz is getting ready to run for Utah governor in 2020 or Utah senator in 2018, although he has denied such claims. He has, however, registered web domains in the event that he chooses to do so.

But the abruptness of Chaffetz's withdrawal has also generated some alternative and unbelievable explanations. Louise Mensch, a former Conservative British member of Parliament who has somehow transformed herself into a hero for anti-Trump conspiracy theorists, has been testing out various allegations against Chaffetz on Twitter.

He's certainly been on her mind for quite some time.

"I think Chaffetz may be gay and in the closet. Would hurt with his base," Mensch wrote on Twitter Feb. 1. "Nothing at all wrong with being gay. but exposure might hurt Chaffetz politically," she added.

"I'm totally serious. Chaffetz acts like a man being blackmailed," she wrote a few days later.

Mensch also appeared to believe that the FBI is investigating Chaffetz for using an illegal private mail server like former secretary of state Hillary Clinton did.

On Thursday she cited someone else claiming that Chaffetz was being blackmailed by the Russian government for allegedly having an affair. That couldn't be true, Mensch said, because the Russians allegedly have evidence for Chaffetz's being involved in a money-laundering scheme.

No one has presented any evidence for these claims and it's unlikely that someone will. But it is certainly a karmic reversal to see Chaffetz, one of the foremost propagators of the Benghazi conspiracy theory, getting a taste of his own medicine.