WATCH: Carter Page confronts CNN report that Russia tried to use him to infiltrate Trump campaign 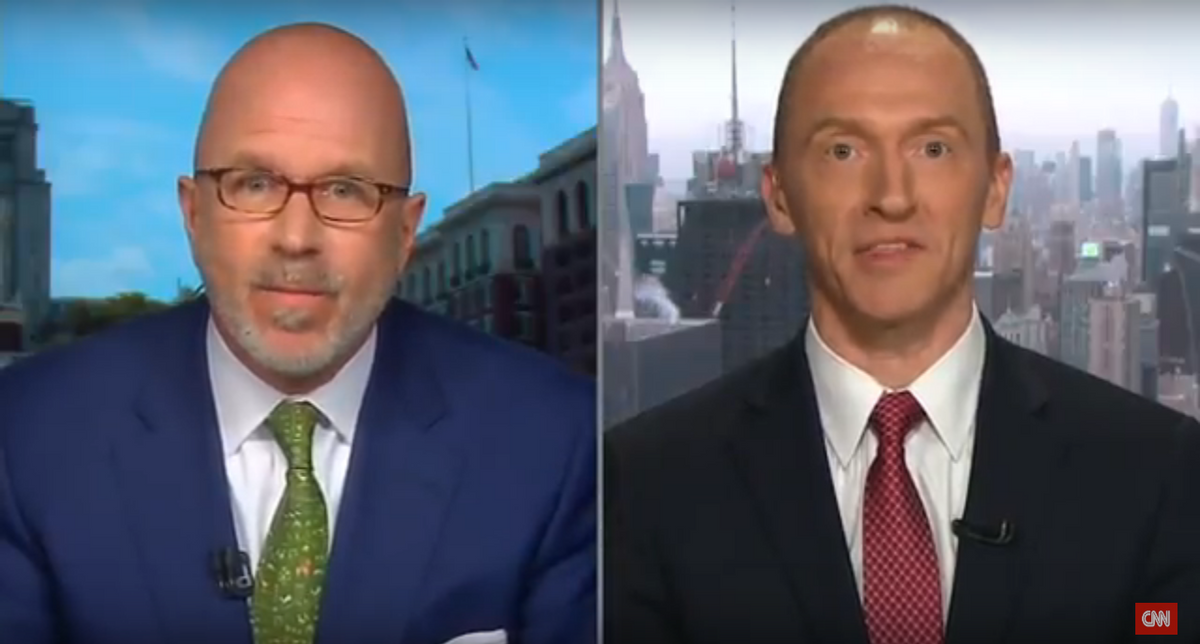 Late Friday, CNN reported that the FBI had gathered intelligence last summer that suggests Russian agents attempted to infiltrate the Trump campaign through the candidate's advisers. Carter Page was specifically mentioned in the bombshell story. So, naturally, Page went on CNN to address the allegations.

When asked by host Michael Smerconish to directly respond to the latest report, Page pointed out that U.S. officials only confirmed to CNN that Russia had "tried" to flip Trump campaign advisers — not that they had succeeded in doing it.

"The beauty of that report, that really is breaking news and I was so excited to read it: Russia 'tried' to use Trump advisers to infiltrate the campaign," Page said. "Now, remember the headlines for many, many months: 'The Trump campaign colluded,' or 'There were nefarious things going on.' Now they are reeling things back. Someone is saying out there the word 'try.'"

Page, an oil industry consultant who has done a lot of work with Russia in the past, was named a foreign policy adviser to President Donald Trump during the election. His name, along with former Trump campaign manager Paul Manafort, has frequently popped up as Congress and the FBI continue their investigations into Russian election interference.

Smerconish asked Page if he felt that Russia's encroachment on American democracy was cause for concern.

"What I care most about are these steps that were taken to infringe upon my privacy illegally. That has been my main concern," he said.

"If there was any meddling in the election, all the false narrative out there, is really the ultimate meddling. By comparison, overall impact," Page added.