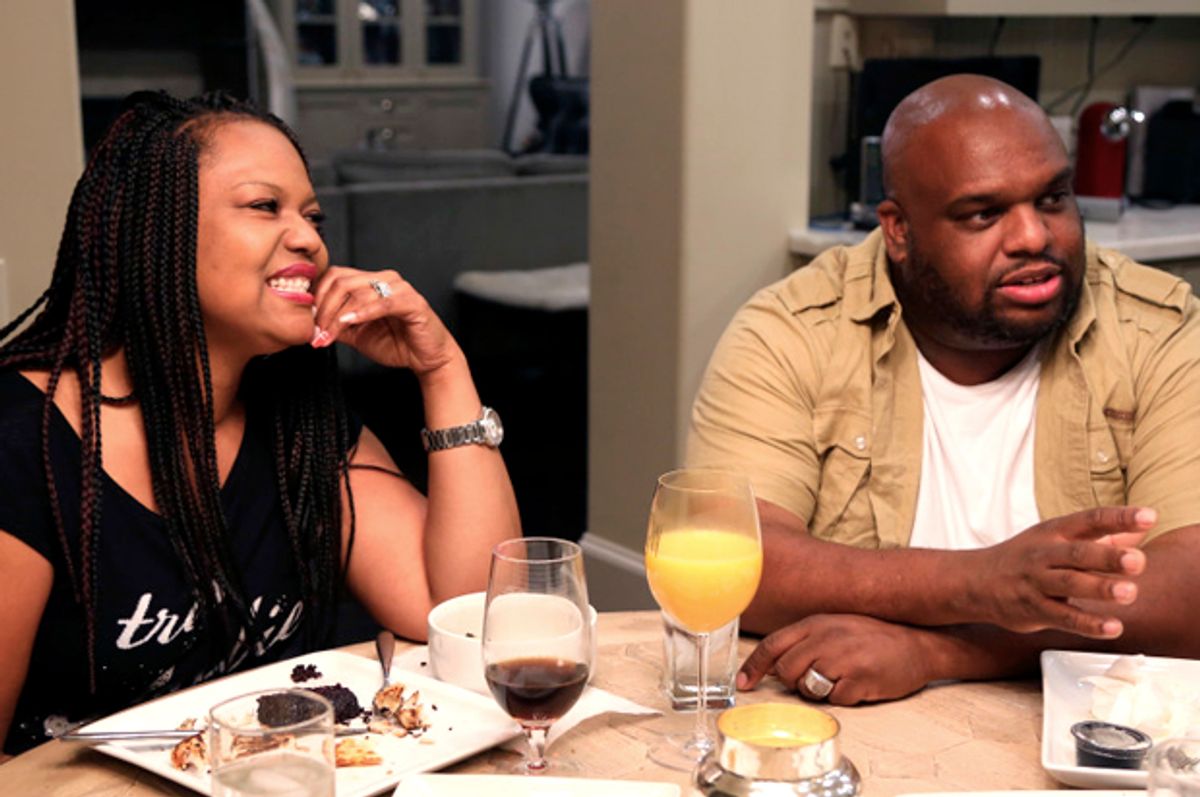 The former queen of daytime television has ignited controversy after her network debuted a six-part docuseries starring a pastor known for his virulently homophobic views. OWN describes “The Book of John Gray,” which premiered on the basic cable channel last week, as an intimate look at the life of John Gray, a pastor with a “uniquely humorous way of helping people.” Gray is the first black pastor at Joel Osteen’s Lakewood Church, a megachurch in Houston, Texas. The network calls him “loud,” “unconventional” and “hilarious,” but it left out one thing: Pastor Gray really, really doesn’t like gay people.

Gray, who commands more than 100,000 followers on Twitter, frequently uses social media to denigrate and mock the LGBT community. Oprah might be trying to sell him as a cuddly firebrand who shoots from the hip — like Violet Weston with a Bible and some stand-up classes — but he is absolutely none of those things. John Gray is a confirmed bigot, and his discriminatory, backward views have no place on television.

The preacher has a long, inexcusable track record of spewing hate online. In a tweet from April 29, 2013, Gray posted that homosexuality is “no different from fornication, adultery, lying, or any other sin God was clear about.” When the Grammys held a mass same-sex wedding ceremony, presided over by Queen Latifah, on stage during its 2014 broadcast, he claimed that the awards show was “dishonoring people of faith.” Following the suicide of Tyler Clementi, a gay Rutgers student who took his own life in 2010 after he was outed by his roommate, CNN aired a special to raise awareness about school bullying a year after the tragedy. Ever the sensitive type, Gray tweeted, “It better not just be about gay kids.”

More recently, Gray took aim at Target over its trans-inclusive bathroom policy. After the store announced last year that it would allow all transgender customers to use restrooms that correspond with their gender identity, the pastor said he would boycott the big-box chain. Gray wrote that Target had “overstepped” and would suffer the consequences. “My son is a boy,” he posted to social media. “Boys like certain toys. That’s not a gender or sexuality issue.”

Gray’s anti-LGBT views aren’t just limited to his Twitter account. They also inform the gospel he preaches. During a 2013 segment on the Christian-based Trinity Broadcasting Network, Gray claimed that same-sex couples “are trying to redefine marriage.” “I don’t care what the world says,” Gray said, adding: “Don’t listen!”

This isn’t the first time that Oprah has given a platform to homophobes. T.D. Jakes appeared on a 2012 episode of “Oprah's Next Chapter,” the heir apparent to her daytime talk show, in which he defended his anti-gay views. His argument was some classic love the sinner, hate the sin bullshit. “The perception in our society today is that if you don't say you're for same-sex marriage or if you say that homosexuality is a sin, that you're homophobic and you're not for gay people,” said Jakes, who has since come around on LGBT rights. “That's not true. . . It doesn't mean I have to agree with you to love you.”

Oprah has long been an advocate for the LGBT community, notably interviewing Ellen Degeneres after the former sitcom star came out in 1997. Jennifer Finney Boylan, a transgender writer who appeared on “The Oprah Winfrey Show” three times, wrote in a New York Times op-ed that a trans person came up to her on the street and said seeing Boylan on Oprah’s famous couch “literally saved her life.”

But for someone who has been a trailblazer for LGBT acceptance for decades, Winfrey has a marked blind spot when it comes to religiously based homophobia. During her chat with Jakes five years ago, she barely pressed the pastor when he claimed that his church welcomes everyone. The reality isn’t so warm and fuzzy. The Dallas Voice reports that Jakes, whose son was arrested for indecent exposure in 2009, has referred to homosexuality as a “brokenness" and “declared that he would never hire a sexually active gay person.”

If you were Oprah, wouldn’t you ask him about that? Instead she gave Jakes the opportunity to offer PR-friendly falsehoods. It’s disappointing, to say the least.

Winfrey certainly means well, but she should be more mindful about the politics of the faith leaders with whom she shares her giant platform, which made the careers of household names like Dr. Oz and Dr. Phil. Phil McGraw, who spun off his own program after first guesting on “Oprah” in 1998, also has a spotty track record when it comes to enabling anti-LGBT bigotry.

“Dr. Phil,” one of the most popular and enduring shows in daytime TV, was met with controversy in 2009 after the program played host to Dr. Joseph Nicolosi, the father of anti-gay conversion therapy. The episode, entitled “Little Boy Lost,” featured Toni, the mother of a transgender girl who allowed her daughter to begin transitioning at a young age. Nicolosi, who falsely believed that LGBT youth could be “cured,” blamed Toni’s parenting skills for making her daughter trans. Transgender children, he claimed, were the product of a distant father and an overbearing mother.

“People like myself,” Nicolosi said. “We’re trying to help parents. If you feel like this therapy is not for you, that’s fine, but we’re trying to present a treatment that works for other mothers who bring in their children. . . The therapy works for them.”

At no point during the segment does McGraw mention that conversion therapy — which attempts to “change” the orientation of LGBT youth — has been discredited and condemned by every leading psychological group in the United States. This includes the American Psychiatric Association, the American Academy of Pediatrics and the American Psychological Association. In addition to the fact that it doesn’t work, the practice has been shown to lead to higher rates of suicide attempts among LGBT youth subjected to such “pray the gay away” programs.

In fact, the “Dr. Phil” segment presents Nicolosi as being perfectly mainstream. McGraw introduces him as a “psychologist.” What’s worse is that the child’s mother didn’t even consent to be on the same program as people who push a destructive ideology that kills people like her daughter. When Toni lashes out at Dr. Phil, saying that this isn’t what she signed on for, McGraw asks if Toni doesn’t want to share airtime with Nicolosi because he’s “different.”

You might argue that it’s not Oprah’s job to speak out against what happens on Dr. Phil’s program, but Winfrey has a responsibility to her brand and her audience to take a stand against dangerous hate.

It seems, however, that the media maven has given a pass to one bigot too many. After “The Book of John Gray” debuted on OWN, outraged members of the LGBT community tweeted at Winfrey, calling for a boycott of her properties — including her monthly magazine — until the show is canceled. Oprah’s heart is clearly in the right place, but if she hopes to win back queer and transgender viewers incensed by Gray’s anti-gay past, good intentions aren’t enough. It’s time for Oprah to do what she should have done years ago: pull the plug on homophobia once and for all.