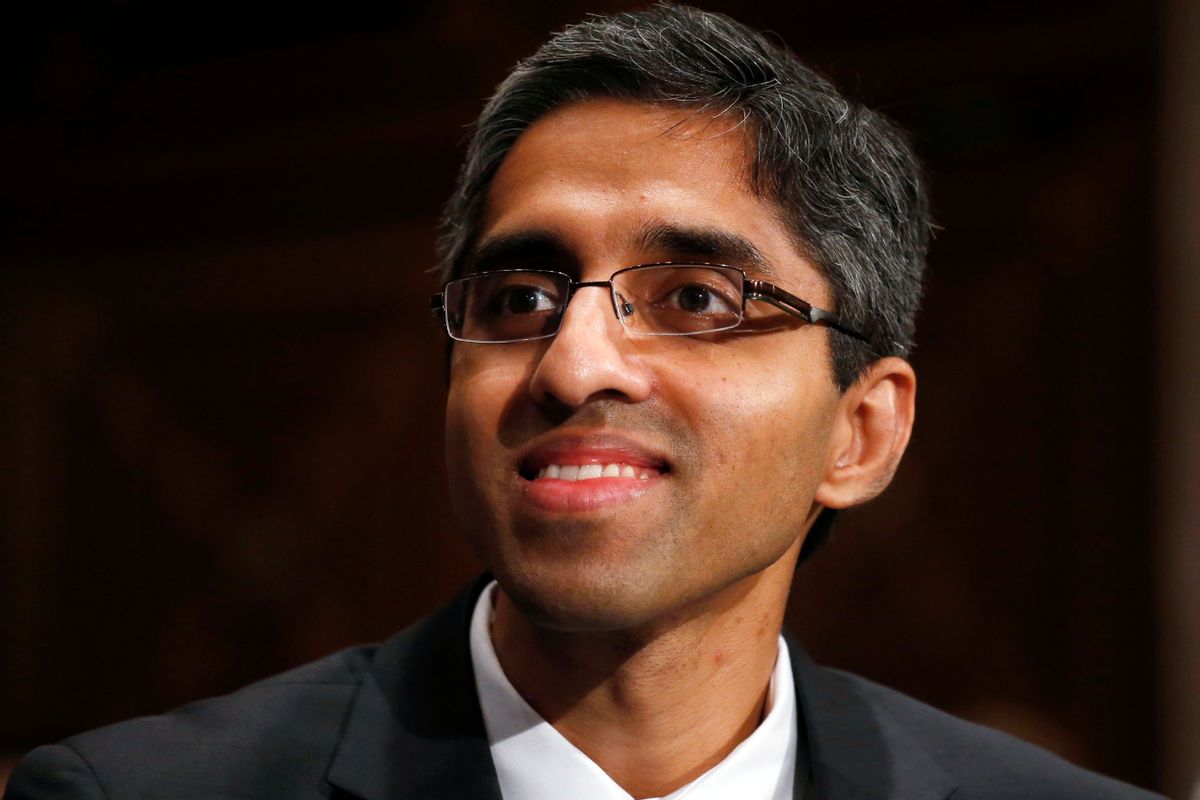 In a statement, a spokeswoman for the Department of Health and Human Services said that Murthy was asked to resign from his duties as surgeon general "after assisting in a smooth transition into the new Trump Administration,"

"Secretary [Tom] Price thanks him for his dedicated service to the nation," the statement said. Rear Admiral Sylvia Trent-Adams is now the acting surgeon general.

The statement did not offer an explanation as to why Murthy was let go, but the surgeon general was not the preferred choice for Republicans. Back in 2014, when former President Barack Obama nominated him to be the next surgeon general, the National Rifle Association wrote a strongly-worded letter opposing Murthy's confirmation. Murthy had argued that the gun control debate was a public health issue and he pushed for more common-sense gun control regulation. Republicans in the Senate delayed Murthy's confirmation for a shocking nine months. But when he was finally confirmed, it was seen as a major loss for the NRA and Second Amendment advocates.

Some have speculated that Murthy's stance against e-cigarettes ultimately led to his dismissal, Axios reported.

"Two years and four months ago, I was honored to be sworn in as the 19th Surgeon General of the United States," Murthy wrote. "For the grandson of a poor farmer from India to be asked by the President to look out for the health of an entire nation was a humbling and uniquely American story. I will always be grateful to our country for welcoming my immigrant family nearly 40 years ago and giving me this opportunity to serve."