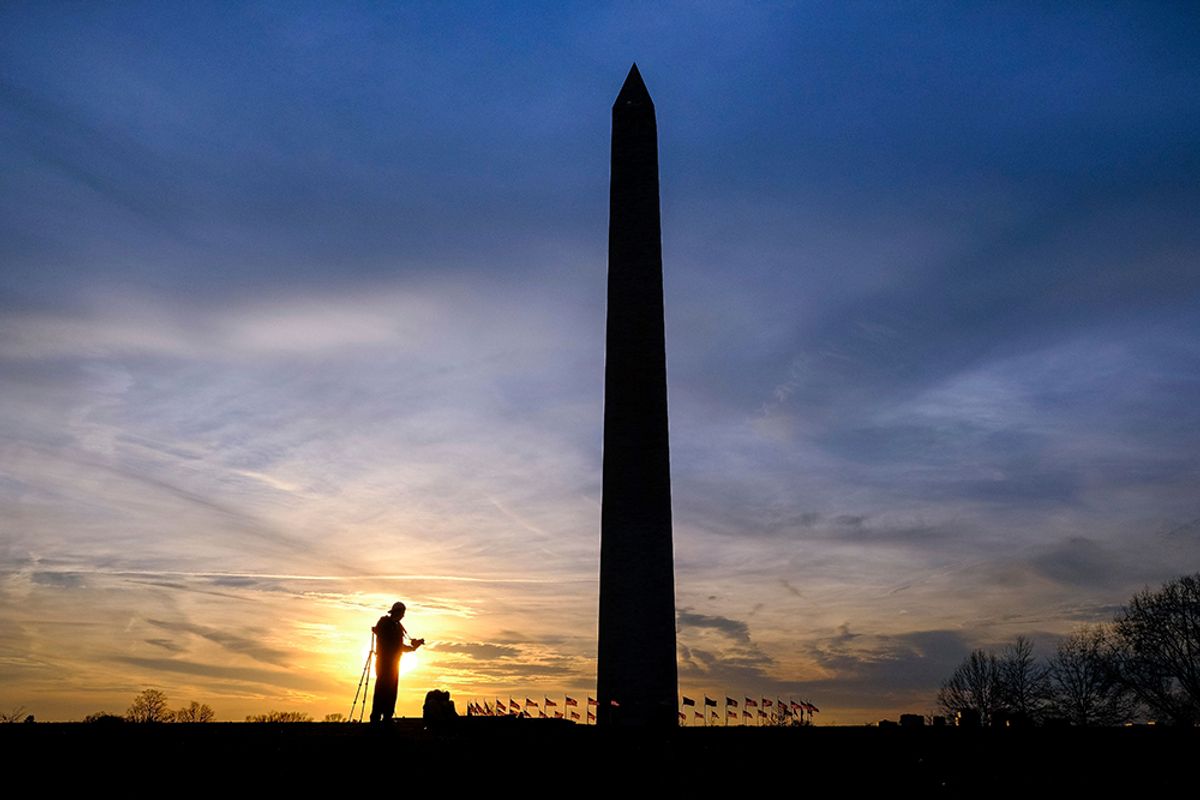 Silhouetted in the setting sun, a photographer works with his camera in the shadow of the Washington Monument, Tuesday, Feb. 21, 2017. The monument to honor the first U.S. President, George Washington, was dedicated 132 years ago today on Feb. 21, 1885. It was open to the public three years later and remains by law the tallest structure in the District of Columbia. (AP Photo/J. David Ake) (AP)
--

Maginnis warned that even the most well-intentioned people who go to Washington, D.C., to work in public service are susceptible to the evil forces that he said dominate the city, citing both witchcraft and homosexuality.

Maginnis, who previously said that witches “advise the senior leadership of the country,” urged viewers to pray for President Trump to ensure that he doesn’t give in to corrupting influences.