As high-tech manufacturing expands, the nature of the factory floor job is becoming more technical 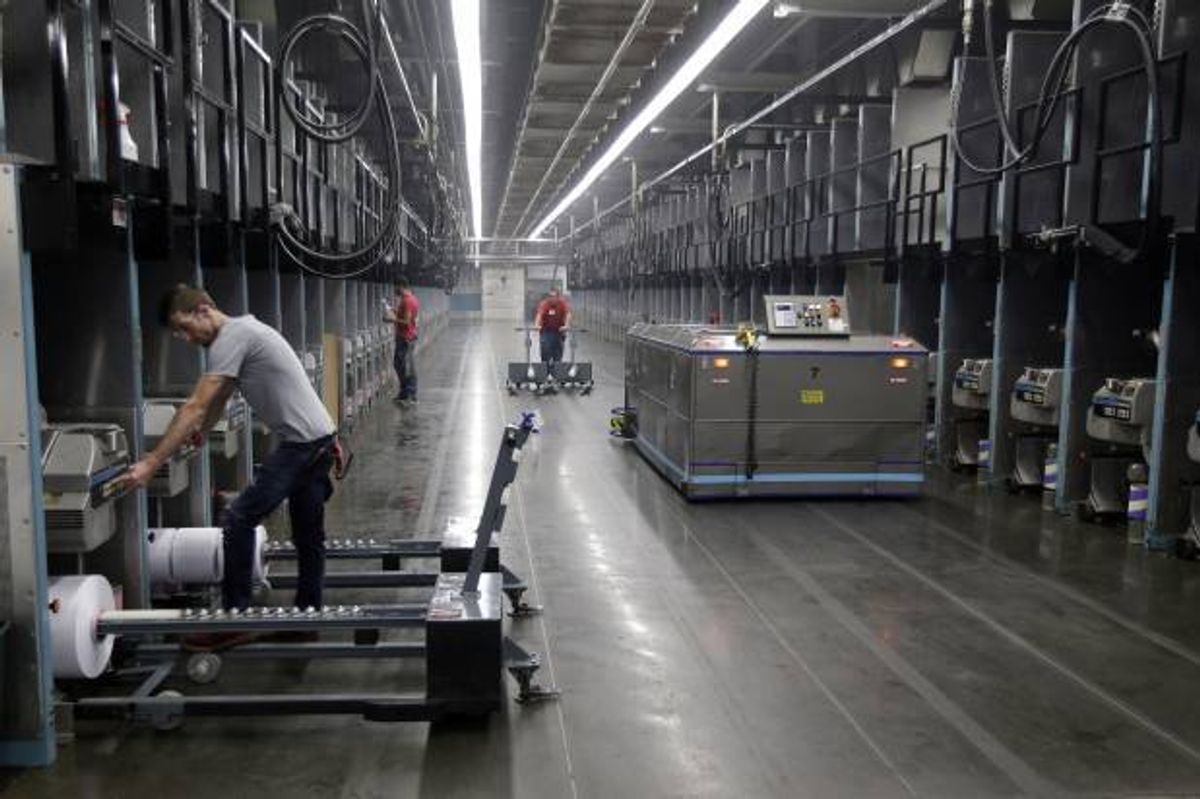 Since President Donald Trump made bringing manufacturing jobs back to the U.S. one of his main priorities, debate has raged over what has caused the loss of millions of factory jobs since the late 1990s, and what can be done to stop the hemorrhaging.

Trade liberalization has played a significant role as companies shift work to lower-cost countries. China’s rise as a global manufacturing behemoth (not to mention U.S. consumers’ ceaseless demand for Chinese-produced goods) has certainly inflicted its share of damage.

Technological changes to the manufacturing workplace, including robots and advanced logistics systems, have also played an important role, if not the primary one.

“The employment effects of automation are being exaggerated,” Scott Paul, president of the Washington D.C.-based Alliance for American Manufacturing, told Salon. “But I will say that technology and automation have changed the factory floor; they’ve fundamentally altered how many people are needed to produce the same amount, or even more, product.”

Paul, who is one of the few voices representing workers on Trump’s manufacturing jobs council, says the primary reason for the loss of more than 5 million manufacturing jobs since 1999 has not been automation but rather a combination of slow economic growth, a loss of global market share for U.S.-made goods, and offshore manufacturing of products that were innovated in the U.S., such as the Chinese-assembled iPhone.

The number of manufacturing jobs hit a 69-year low in 2010 in the wake of the Great Recession, and it still hovers below pre-recession levels, according to U.S. Bureau of Labor Statistics data.

How to get factory job numbers back up from the current 12.4 million poses an immense and complicated challenge, but one thing that’s certain is the modern U.S. manufacturing worker needs to be more familiar than ever with computing basics to compete.

“More [manufacturing] jobs are related to programming the systems, and maintaining the systems and being able to make tweaks and changes,” Todd Thibodeaux, president and CEO of CompTIA, an Illinois-based IT trade association. “If you come in with some more advanced IT skills you’ll do much better and a much faster rate than the people who don’t have that.”

While CompTIA data shows that demand for core IT work, like systems or administrators or coders, is relatively low in the manufacturing sector — accounting for only about 340,000 jobs as of last year, or less than an 8 percent share of all U.S. IT jobs —  basic understanding of computing and hardware will make floor workers more attractive in the hiring process. A worker who learns the basics of programming and hardware troubleshooting through online classes or hands-on community college courses will be better prepared to take on a modern factory job.

ZipRecruiter, a Los Angeles-based job search engine, recently reviewed millions of job applications and postings in its database and found a considerable gap between the most common manufacturing job offers and the most common job applications. Over the 12 months ending in January, company analysts found that the most applied-to manufacturing jobs included warehouse managers and administrative assistants, while the most available jobs included maintenance technicians and CNC machinists, which are roles best filled by people proficient in using computer systems to program machines to perform specific tasks.

“Rather than trying to revive a past golden era that has been eradicated by technology, we should look to training our workers for the jobs of the future,” ZipRecruiter’s founder and CEO Ian Siegel said in a recent blog post.

Siegel echoed the sentiment expressed by nearly everyone working on the issue: Instead of trying to bring back rote manufacturing jobs that require limited skills, there should be a robust national system of vocational schools that provide workers the skills to build, install, operate and maintain the automated systems now populating factory floors.

“You certainly can’t go wrong getting a combination of skill sets that are applicable to the [modern manufacturing] environment, or that help you understand or help you learn the skills quicker,” Thibodeaux said.