Stop failing to fix and appreciate Earth in favor of the exciting “party planet right next door," says Bill Maher 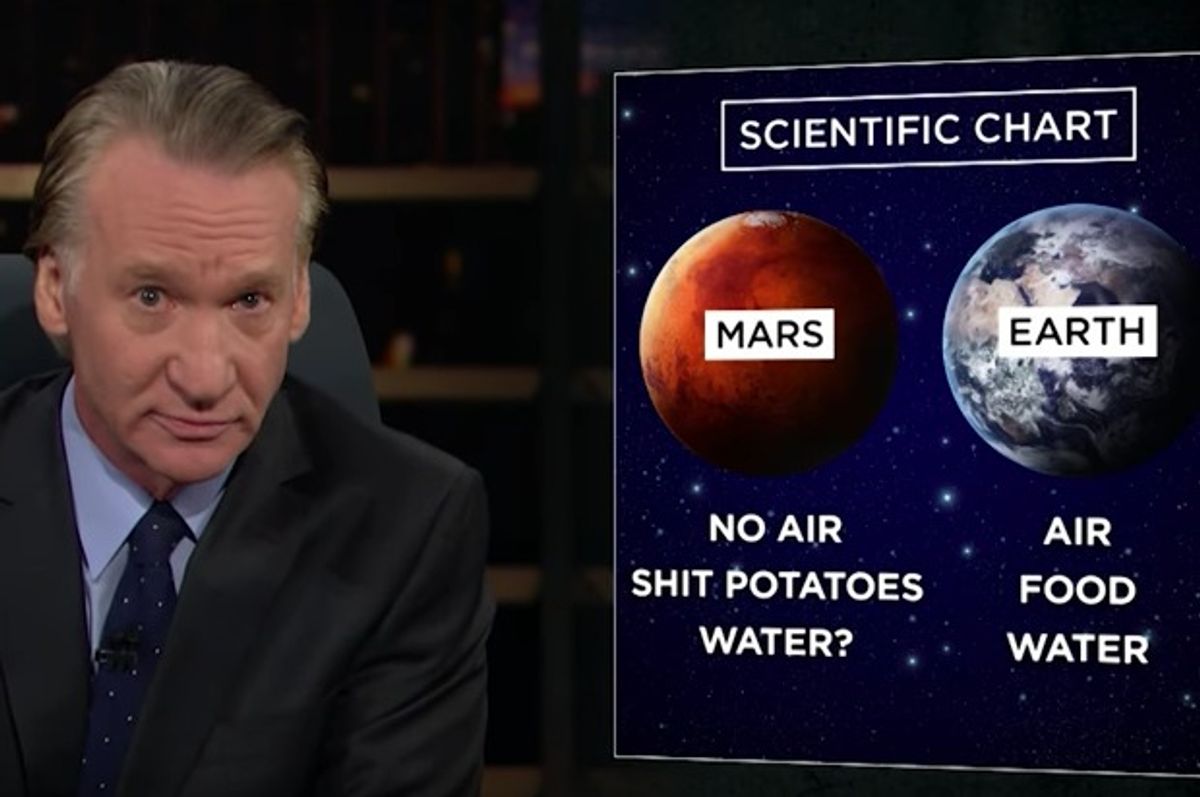 On the eve of Earth Day, Bill Maher had some choice words for the media's obsession with the planet Mars. Calling "red the new green," Maher said we should "f**k Mars!" Maher spent his New Rules segment tearing apart billionaires like Richard Branson, who he mockingly quoted as saying "I am determined to be a part of starting a population on Mars," and then showed a photo of Branson doing water sports with a nude model.

“Everyone has to shut up about Mars and how cool it would be to live there,” Maher continued, then referred to films like "The Martian" with Matt Damon (whose only food on Mars, noted Maher, was "sh**t potatoes"), and criticized wealthy entrepreneurs for romanticizing the red planet while ignoring our own. He also showed his disdain for President Trump's plan to chart a space course for Mars, costing ridiculous amounts of money.

“If we’re going to take up the challenge to overhaul a planet,” Maher said about Trump’s $450 billion proposal to develop a manned mission to Mars by 2033, “let’s do this one.” He added, "Mars is an airless, lifeless, freezing sh**thole. It's Antartica crossed with Casey Anthony's trunk." The audience booed. Maher was referring to Casey Anthony, the young woman accused of killing her 2-year-old daughter Kaylee in 2008.

“You want to explore something cold and hard?" queried Maher. "How about facts -- facts that confirm climate change is killing us but completely do-able policies could reverse it.”