Here’s how to defend yourself against shark attacks, according to a NAVY Seal

You can also learn how to survive a dog fight. 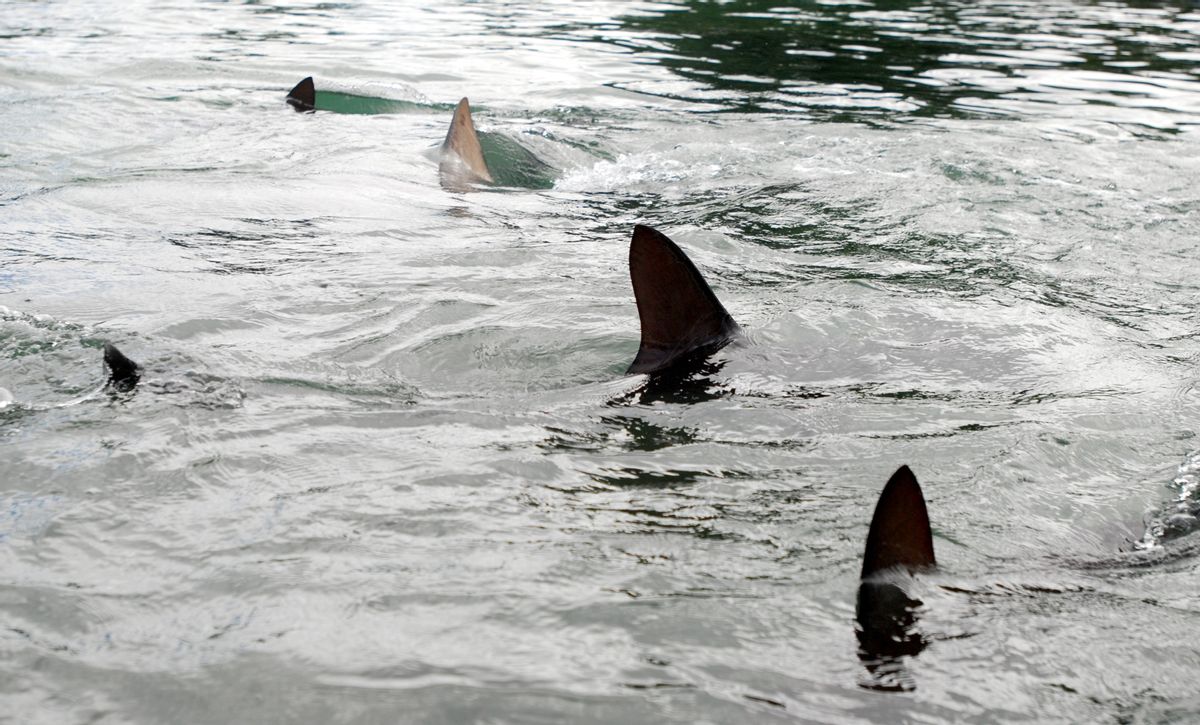 How to protect yourself during a shark attack (AP)
--

So chances are you’ll never have to fight a shark. Whether you’re splashing close to shore during your Spring Break vacations or scuba-diving off-shore, it’s very unlikely that you’ll find yourself in a shark fight.

If you do, however, former member of SEAL Team Six and trained survival expert Clint Emerson has some tips for you. As he explains in this Business Insider video, sharks will want to swim below you then strike upwards. As throwing punches in the water move in “slow motion,” as Emerson says, you still have some options. Your movement will be highly decreased so any commotion you cause will likely do more harm than good, drawing the shark’s interest.

To defend yourself, you’ll want to target the shark’s eyes, squeezing your thumbs into its sockets, or dig deep into the shark’s gills, literally trying to rip them out. Anything you have on you, from flippers to surfboard, use as a weapon.

Related Story: Are You A Ganjapreneur With A Great Idea? Pitch It In NYC At The ‘Shark Tank’ Of Marijuana

Emerson also did another video for Business Insider describing how to defend yourself if you find yourself in a dog fight. Yes, an actual dog fight.

He suggests wrapping your shirt or jacket around vital areas of your body to reduce possible damage to yourself. Emerson warns that you only want to bear the outer part of your forearm, or else you expose some major arteries. You’ll want to target the dog’s snout, as it’s a large target and you’ll likely be under serious stress in the moment. If you’re able to strike underneath the dogs arms, it’s a highly sensitive area for the animal.