The ultimate guide to anti-Trumpism: Turn all that spontaneous outrage into concerted action

A prairie fire of opposition can be built into sustained activism, and a political movement prepped for long haul 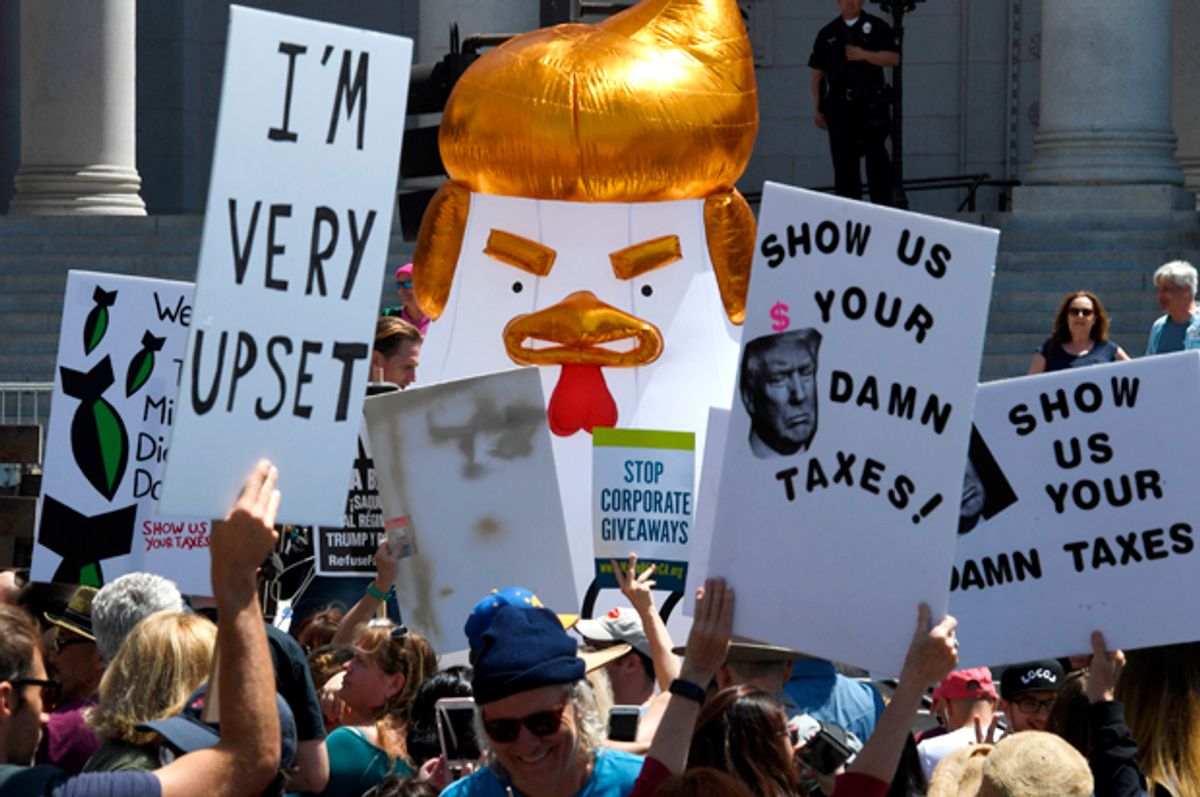 In high school, I had a girlfriend who was involved in student government and all sorts of good works. While she paid attention to all that was happening in those years of the early '60s, she essentially was a moderate — certainly not some movement rebel. Or so we thought — until one lazy, Sunday afternoon. As we aimlessly "cruised the drag" of our small town in a '54 Chevy, we were paused at a red light across from a root beer stand where some teens were hanging out. Suddenly, my "moderate" girlfriend lunged halfway out of a back window and shouted, "Wake up and piss, kids; the world's on fire!"

I stared at her wide-eyed and whopper jawed, wondering where that came from.

I've thought of that moment recently as I've seen instance after instance of the innate rebelliousness of the American people erupting across the country in surprising ways, unexpected numbers and with astonishing intensity. No need to wonder where this comes from, however. The outbursts are a spontaneous, rapidly expanding mass rejection of Trumpism.

Our Twitter president plays to his most frenzied partisans with his daily rat-a-tat-tat of executive orders and public fulminations — firing at refugees, federal judges, Senate Minority Leader Chuck Schumer, the media, Nordstrom, the Environmental Protection Agency, Mexico's president, Sen. Elizabeth Warren, laws that protect consumers from Wall Street greed, Sweden, former Gov. Arnold Schwarzenegger and there's no telling who will be next.

But while some people delightedly squeal at his wild moves, many more see Trump as not merely unpresidential, but bull goose bonkers! And dangerous — recklessly using the enormous power of the presidency as a personal cudgel to attack, stigmatize and seriously harm individuals, entire religions and races, the Bill of Rights and our nation's basic values of tolerance, fairness and opportunity for all. In a twist of ironic justice, the Donald's deep darkness has sparked a prairie fire of mass opposition, raging political activism and movement organizing for the long haul.

Already many of us are activists, ranging from occasional campaigners to those who are gluttons for full-time, full-tilt punishment. No matter what your past level of involvement has been, with our ship of state entering dire straits, each of us must do a bit extra. And we can help focus the anger roiling the countryside by sharing some how-to-make-a-difference tips to friends, co-workers and all those Traump-atized" by Washington's new extremist kakistocracy (government by the worst).

After all, millions of our neighbors have long been disengaged, viewing the political scrum as somewhere between irrelevant and repugnant. But suddenly they're back — alert not only to Trump, but also to the Congress critters and that menagerie of freaky, right-wing corporate mutants that Trump and Vice President Mike Pence have put in charge of our government. In January one red-district Texan told a reporter, "I think of politics the way I think of my car. I just want it to run [without my spending] a lot of time." Only a few weeks into the "Trump does Washington" spectacle, he learned a fundamental lesson: "You get the politics you work for."

So, it's time to get to work. This is not just a one-time, resist-and-dump Trump campaign we're undertaking, but the mobilization of a long-term grassroots movement to reject the systemic corporate takeover of our elections and government at every level, from our local school boards to our White House. Simply ousting Trump won't do that. The job then is as simple as it is difficult: To have a people's government, we must build it.

Democracy requires us common folk to join together, with each of us doing as much as we can, as strategically as we can, for as long as we can. Indivisible , Our Revolution and Movement 2017 are just a few organizations that you can check out to help you become active and start building a more democratic way of governing.