A future of shrinking jobs: Most workers today are underpaid, and it gets worse 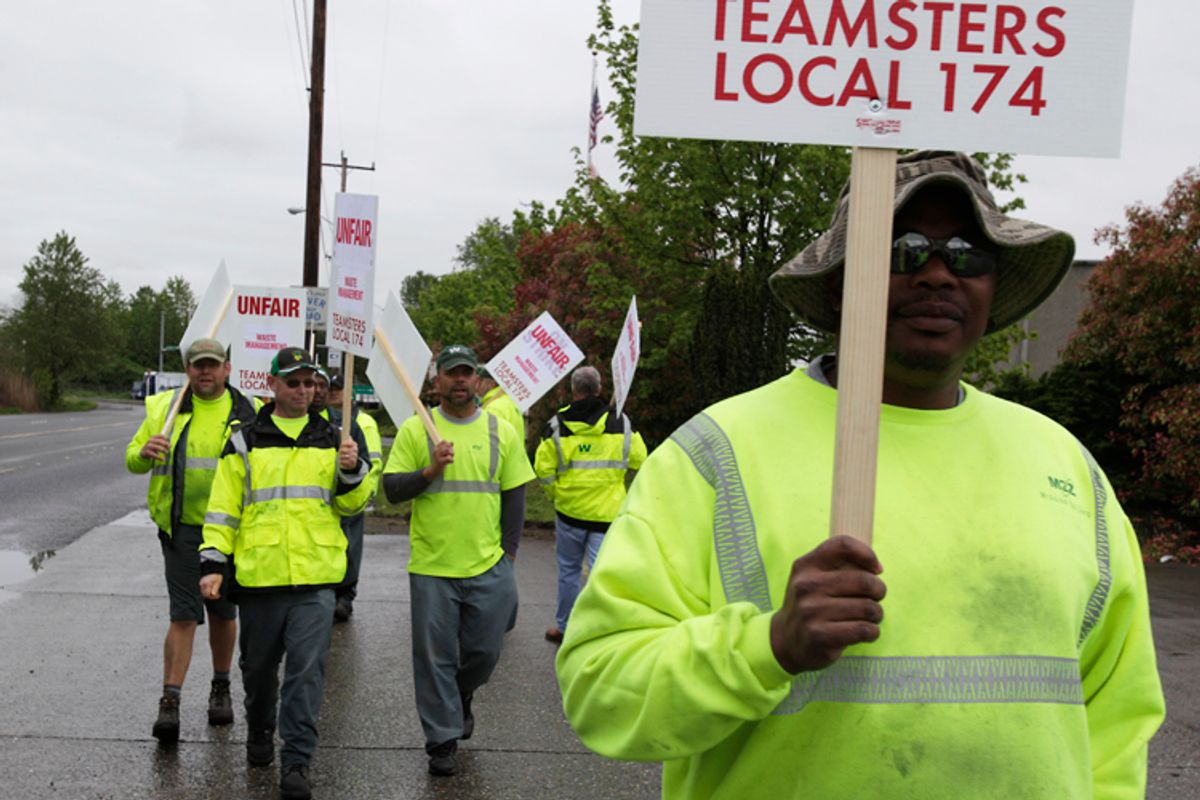 The jobs reports would have us believe our rebound from the recession is almost complete. The reality is very different. The Economist has some fancy words for it: "Job polarization," in which middle-skill jobs decline while low-skill and high-skill jobs increase and the workforce "bifurcates" into two extremes of income.

Optimists like to bring up the Industrial Revolution, and the return to better jobs afterwards. But it took 60 years. And job polarization makes the present day very different from two centuries ago, when only the bodies of workers, and not their brains, were superseded by machines.

Most Workers Today Are Underpaid

Most of our new jobs are in service industries, including retail and health care and personal care and food service. Those industries generally don't pay a living wage. In 2014, over half of American workers made less than $15 per hour, with some of the top employment sectors in the U.S. paying $12 an hour or less.

Worse, most underpaid workers are deprived of the benefits higher-income employees take for granted. A Princeton study concluded that a stunning 94 percent of the nine million new jobs created in the past decade were temporary or contract-based, rather than traditional full-time positions.

Even at high-flying Google, where privileged employees can make six-figure salaries plus thousands more in stock and cash bonuses, about half of the workforce is made up of temps, contractors and vendors.

Just program a few Java applets and make $100,000. How many of us can do that? The demand is there, though, for statistical analysts, data mining specialists, internet security specialists, and a variety of other specialized positions that explain the availability of 10 computing jobs for every computer science graduate.

Others Are Becoming Unpaid

That would be the people replaced by machines.

Corporations could be training workers in new technologies, but instead they blame our underfunded educational system for worker deficiencies. Said an Apple executive, "The U.S. has stopped producing people with the skills we need." Another CEO, oblivious to the lack of jobs at anything other than a high-tech level, blustered, "The jobs are there, but the skills are not."

The Wall Street Journal chimed in: "Many workers who were laid off in recent decades . . . don’t have the skills to do today’s jobs."

Some of the robots are getting more humanlike, sensing the emotions of drivers, for example, and encouraging them to calm down at signs of stress or anger and to stay awake when their eyelids are drooping. The European Parliament is even considering the granting of legal status to robots as "electronic persons."

So what are the living-wage jobs of the future? Alternative energy and infrastructure repair, certainly, if the politicians of the future care about the needs of human beings, and about the preservation of the earth itself. Solar and wind and other alternative sources are already providing nearly two-thirds of new electricity generation, and many of the jobs in the industry are labor-intensive, offering opportunities for mid-level workers formerly in manufacturing and transportation.

But going beyond that, on a wider plane, and to a level profit-seekers and neoliberals seem incapable of understanding, the elimination of traditional jobs should lead to the opportunity for "higher-value activities" that focus on human interaction. Indeed that is happening now, with the health care industry growing faster than any other industry, and with service-providing sectors projected to capture 94.6 percent of all the jobs added in the next decade. The Economist calls them "caring" jobs.