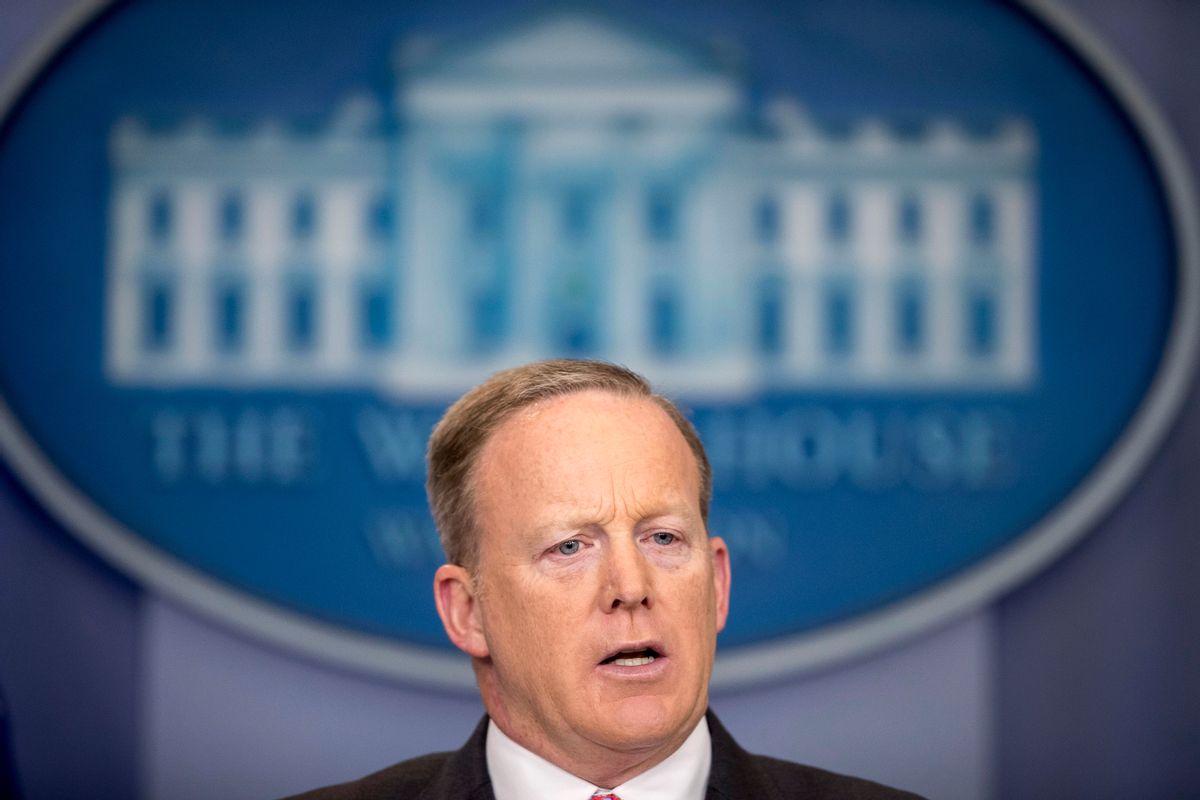 White House press secretary Sean Spicer may have a penchant for putting his foot in his mouth (for example, what he has said about the Holocaust), but a new report suggests President Donald Trump won't fire him because the man gets great ratings.

When the White House held a working lunch in March, one of the guests openly speculated as to whether Spicer might lose his job in an administration where job security seems to be an ongoing problem, according to a report by The Washington Post. "I’m not firing Sean Spicer. That guy gets great ratings," Trump told the Post. "Everyone tunes in." He later compared Spicer's briefings to a soap opera and bragged that Spicer's press conferences attract nearly as many viewers as those programs.

This is consistent with Trump's broader pattern of behavior when it comes to Spicer's appearances. Although Trump is reported to have disliked Melissa McCarthy's impression of Spicer on "Saturday Night Live," he enjoys tuning in and paying attention, even repeatedly interrupting a West Wing lunch with an ally to make his guests watch one of Spicer's press briefings.

The president's TV obsession is well known. His typical regimen starts in the morning with Fox News' "Fox & Friends," Maria Bartiromo's show on Fox Business, and "Squawk Box" on CNBC. Throughout the day the West Wing's televisions display CNN, Fox, Fox Business and MSNBC. The president is also believed to enjoy the conservative channel One America News.