Donald Trump's 100 day plan: Lots of executive orders to make it seem like he's doing something

The president's executive orders may seem like something important, but look deeper and there's nothing there 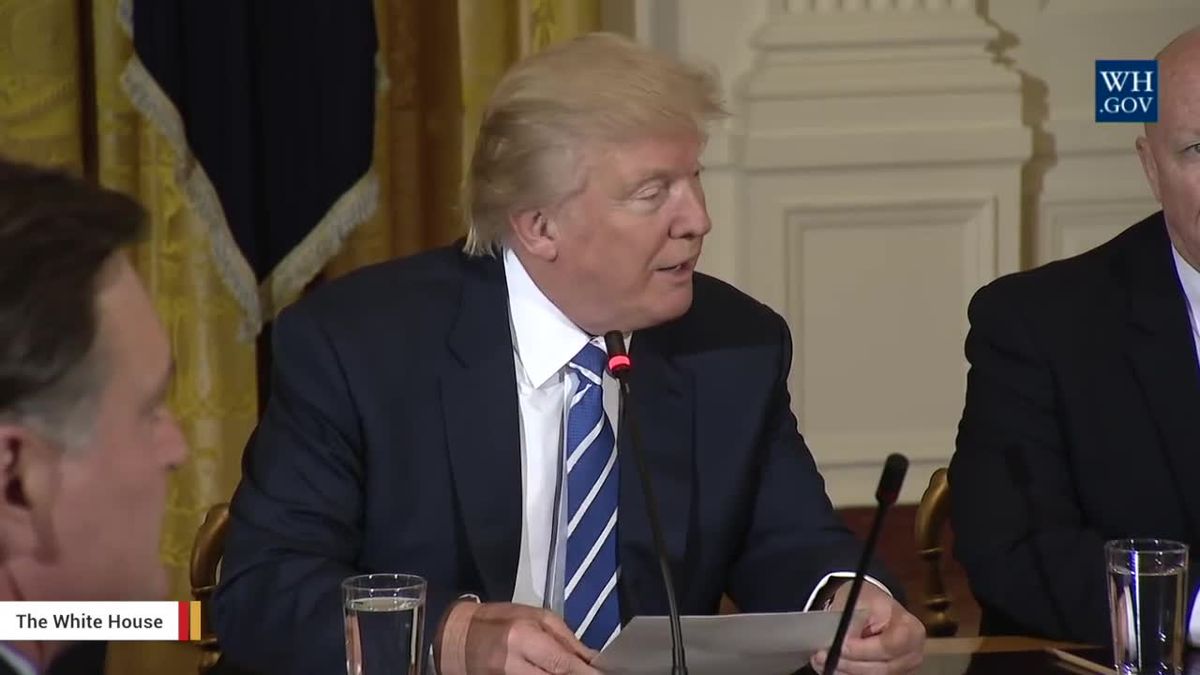 President Donald Trump seems to be aware that his first 100 days have been underwhelming, to say the least — and he is planning on issuing a flurry of executive orders to give off the appearance of accomplishment.

Trump plans on issuing four executive orders between now and Friday, according to a report by Axios. This will mean that, by the end of his first 100 days, Trump will have issued a total of 32 executive orders — the most signed within that period by any administration since World War II.

These executive orders are going to include an order to make it easier for the Secretary of Veterans Affairs to take action against VA managers and employees who are ineffective in their jobs; an order to review monument designations from previous administrations and suggest new legislation or modifications; an order to review which locations should be made accessible for offshore oil and gas exploration; and an order to create an interagency task force addressing rural American concerns known as the Agriculture and Rural Task Force.

Axios also reports that both Trump and his major advisers, including Secretary of Commerce Wilbur Ross and National Economic Council Director Gary Cohn, have been aggravated by the difficulties they've encountered in implementing their agenda. While in the business world it is customary for an executive to have an order followed once it is issued, the same is not true for the American government. This is what has made the executive order so appealing to the Trump administration, even though Republicans fiercely criticized President Barack Obama for his frequent use of executive orders.