"He is a hostage of the Jews": Trump angers his alt-right fans with Holocaust Remembrance statement 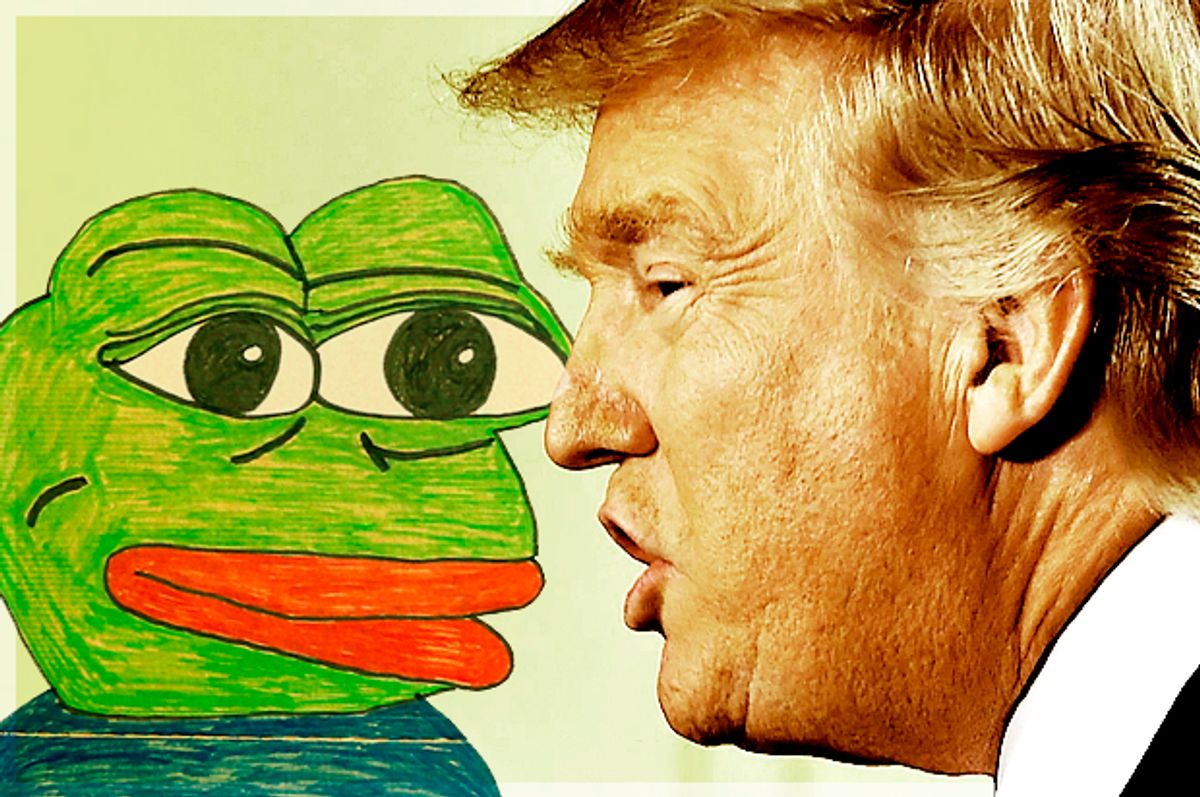 President Donald Trump's recent statement for Israel's Holocaust Remembrance Day did not succumb to the anti-Semitic tendencies of the White House's previous major statement on that subject — and some of the president's biggest supporters on the far right are not happy about it.

But now, Anglin argued, "our President is being held hostage by vicious Jews."

On Sunday, the president said in a speech to the World Jewish Congress Plenary Assembly in New York that the Holocaust is "the darkest chapter of human history.”

"Six million Jews, two-thirds of the Jews in Europe, murdered by the Nazi genocide," Trump said. "We pledge," he continued, "Never again."

The reaction to Trump's explicit condemnation of the Holocaust from his so-called alt-right supporters is part of a larger trend which has emerged over the past month, as Trump's son-in-law Jared Kushner (who is Jewish) has supplanted chief strategist Steve Bannon (who ran the anti-Semitic Breitbart website) within the president's sphere of influence. Not surprisingly, the alt-right and neo-Nazi fringes have sided with Bannon and against Kushner.

No one voted for Kushner. Indeed, many of us voted against people like Kushner having power.

Similarly, former KKK grand wizard David Duke recently wrote on his website that "we need to call out the Jewish nature of this coup d’état, and destroy the Jewish privilege of being above any criticism once and for all."

On another occasion, Duke claimed that "Trump might not even know half the things they [his Jewish advisers] do."

He also added, "If we totally abandon Trump, say he has to get impeached, who are we going to get in turn? Mike Pence? He’s the biggest cuck in the world."