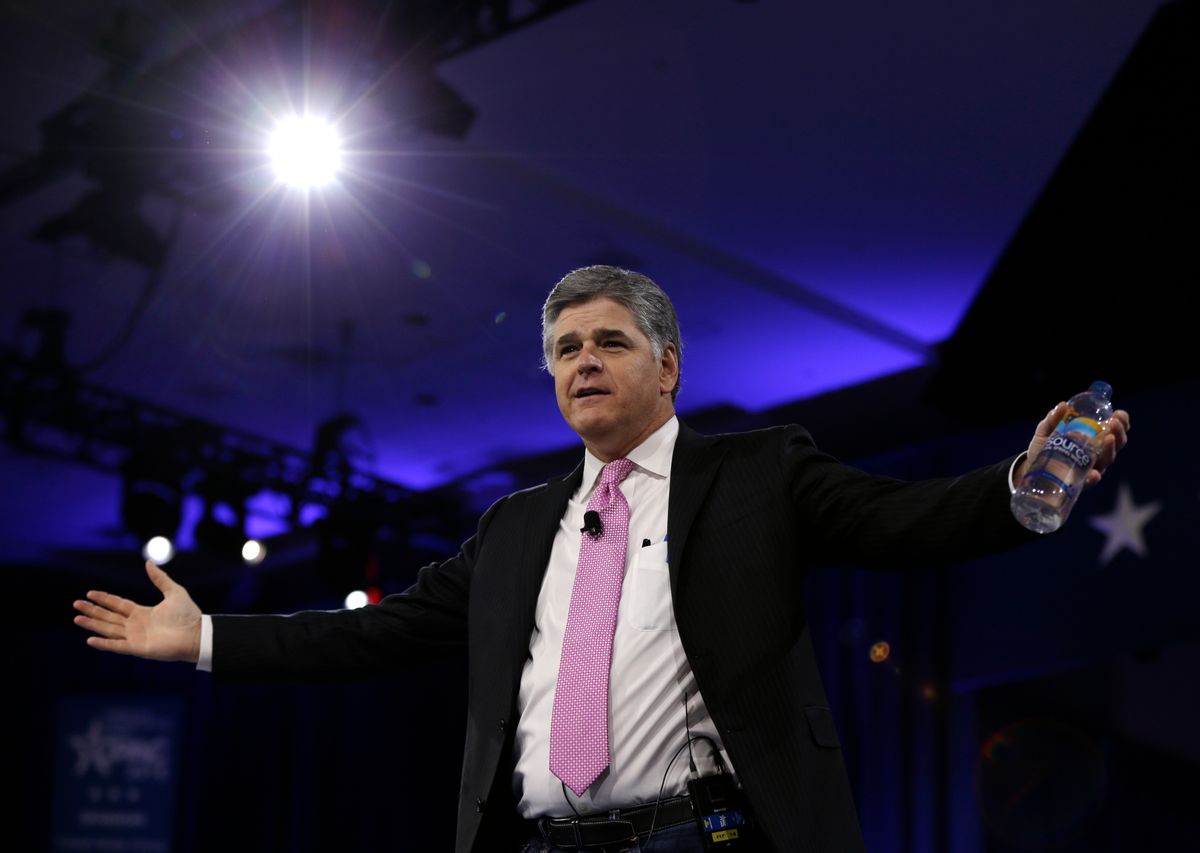 Last week there were reports that Fox News staffers had become worried the sexual harassment claims against Bill O'Reilly were just the beginning. It turns out they may have been right.

Conservative pundit Debbie Schlussel told radio host Pat Campbell on Friday that she had been propositioned by Fox News host Sean Hannity when the he appeared in Detroit for a book tour, according to a report by The Daily Beast. After claiming that Hannity invited her to join him while he was signing books, which she found "very awkward," he invited her back to his hotel — which she declined in order to get ready for the show. Once the show was over, he extended the invitation again.

"After that, I wasn’t booked on his show again. And he called me and yelled at me. I got a very weird feeling about the whole thing, and I kind of knew I wouldn’t be back on his show," Schlussel told Campbell.

Hannity told The Daily Beast in a statement that Schlussel's claims are "100 percent false and a complete fabrication." He also described Schlussel as "a serial harasser" and that she "has not just slandered me over the years but many people who this individual disagrees with."

Hannity concluded that he was "laying out the legal course of action we will be taking against this individual" and characterized Schlussel's accusations as part of "a coordinated effort afoot to now silence those with conservative views."

Schlussel has accused Hannity of running a scam charity and "deliberately ripping off" a column she wrote criticizing Muslims.

Listen to her interview with KFAQ below: