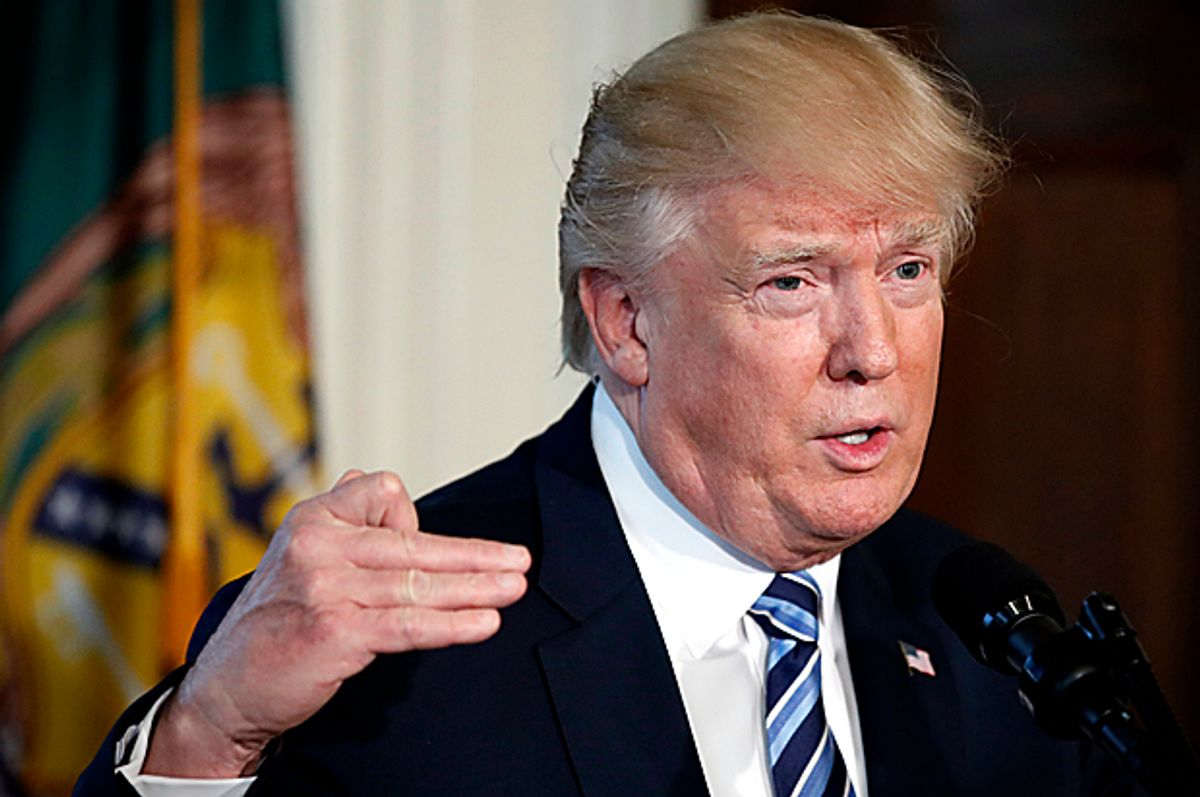 Americans may not be confident in President Donald Trump's ability to handle the North Korean crisis, but that isn't stopping the president from capping off his first 100 days with a bizarre White House meeting on the subject — one in which he has invited the entire United States Senate.

Secretary of State Rex Tillerson and Secretary of Defense Jim Mattis are among the senior administration officials whom press secretary Sean Spicer said will brief the senators in a private White House meeting on Wednesday, according to The Washington Post. Although Spicer characterized the choice of holding the meeting at the White House as an incidental one, with the building merely serving as "the location," these larger briefings usually take place on Capitol Hill.

Spokesmen for both President Trump and Senate Majority Leader Mitch McConnell have confirmed that it was the president's idea to hold the meeting at the White House and that McConnell agreed to do so. There are reports of congressional staffers speculating that the reason Trump chose to hold the meeting at this location was so that he could "drop by" despite not being scheduled to attend.

It could also be a way of preparing the Senate for a major military effort against North Korea. On Monday Trump told ambassadors of countries who sit at the Security Council, "This is a real threat to the world, whether we want to talk about it or not. North Korea's a big world problem, and it's a problem we have to finally solve. People put blindfolds on for decades and now it's time to solve the problem."

The meeting will be held at Eisenhower Executive Office Building auditorium, which for the purposes of that meeting will be turned into a SCIF (sensitive compartmented information facility) so that the top secret national security information can be safely shared there.