"I am sad that I’m not on television anymore," O'Reilly told his listeners 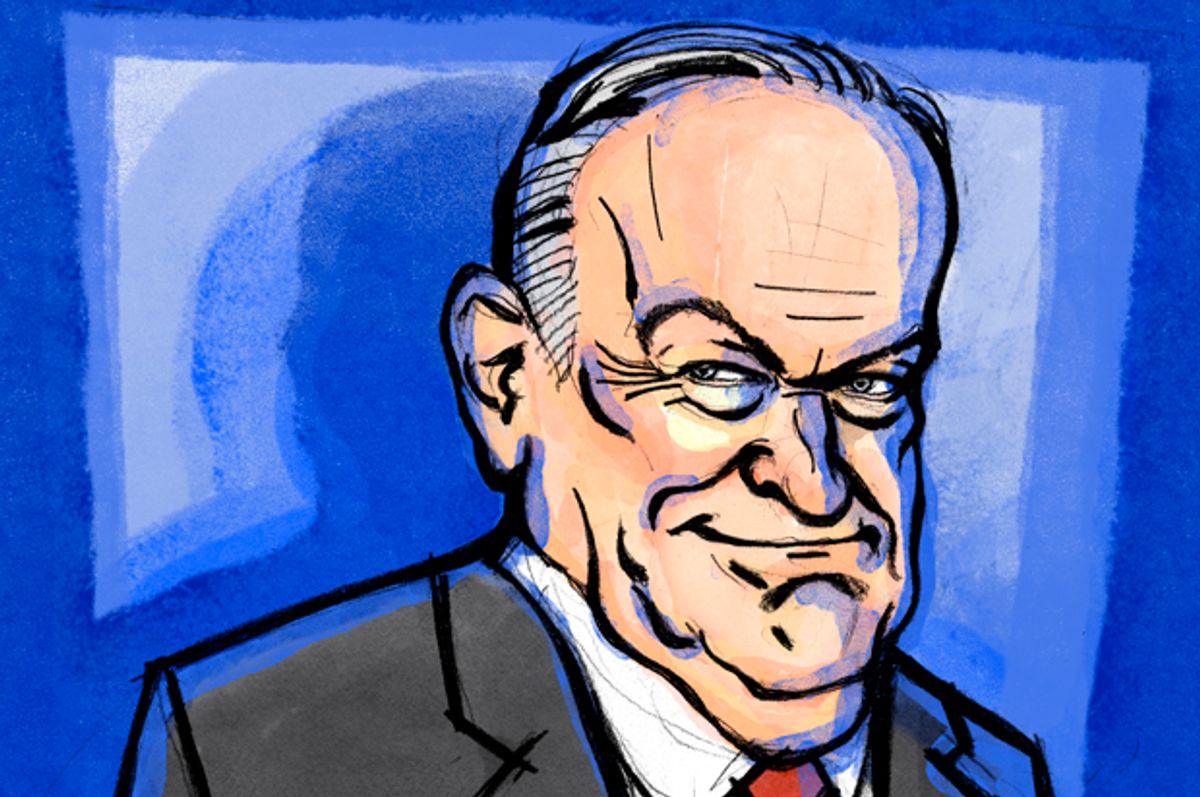 Bill O'Reilly may have left Fox News under a cloud of sexual harassment allegations, but that doesn't mean he plans on leaving the media cycle altogether.

In a podcast posted to his website on Monday, O'Reilly gave a rundown of current events similar to what his fans normally see on his show. He opened the podcast, however, by addressing both his dismissal from Fox News and the ongoing allegations made against him.

"I am sad that I’m not on television anymore," O'Reilly admitted. "I was very surprised how it all turned out. I can’t say a lot, because there’s much stuff going on right now."

Instead of providing more detail, however, O'Reilly claimed that he couldn't discuss any specifics because "I just don’t want to influence the flow of the information" and "I don’t want the media to take what I say and misconstrue it."

Later in the podcast, when O'Reilly read a viewer letter that praised him for being "Old School" by wishing Fox News the best, O'Reilly replied, "Look, I was there for 20 years and six months. We made history, put cable news on the map and were successful all that time. No ebb and flow, just straight up graph. You know, that vehicle was fabulous for me and I said in the beginning that I’m sad, but why wouldn’t I wish them the best? They were there, we performed well for them, and that’s the fact."

Tucker Carlson, who replaced O'Reilly at the 8 p.m. time slot on Wednesday, told audiences at the time that his predecessor's performance "was not easy. He set a high bar. I’m going to do my best to meet it. Thanks for sticking with us."