Ivanka Trump wants foreign leaders to give money to her foundation

It's like the Clinton Foundation all over again. But this time it's a White House staffer with the president's ear 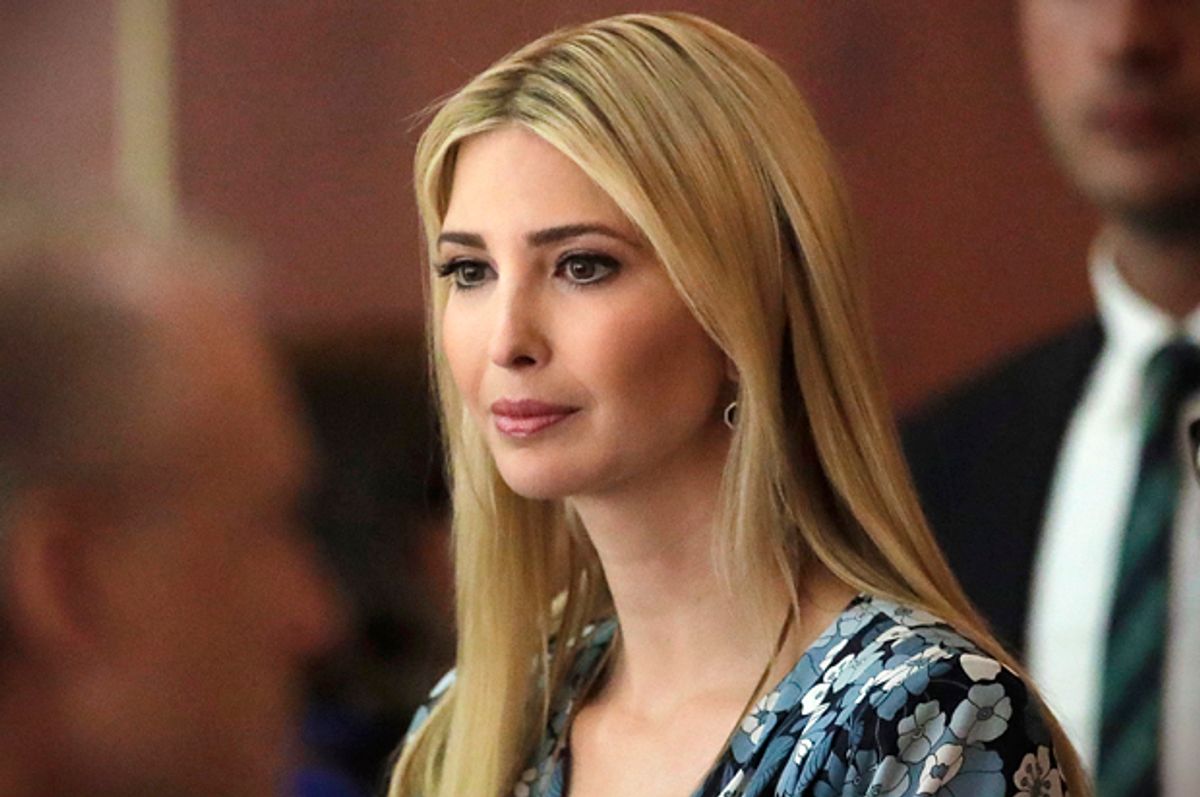 Ivanka Trump's Germany trip is not doing wonders for her image. First, she was booed after describing her father, President Donald Trump, as a "tremendous champion of supporting families." Now it's been revealed that her fashion line uses a company that exploits Chinese laborers and that she has created a charity that accepts donations in a manner reminiscent of the most criticized of Bill and Hillary Clinton's practices.

Ivanka Trump is creating a fund to help female entrepreneurs that will accept contributions from countries as well as businesses, according to a report by Axios. A few Middle Eastern countries have already quietly committed money to the fund, along with a number of large corporations.

This should be big news to the Trump camp, which had pounced on the controversy surrounding the Clinton Foundation. It engaged in charitable endeavors but accepted funds from foreign governments. Critics raised concerns that the Clinton Foundation accepted  donations in order to gain access to Hillary Clinton while she served as secretary of state or in the hypothetical event of her reaching the presidency.

Given Ivanka Trump's growing influence within her father's presidential administration, those same concerns could justifiably exist about her, regarding gifts to her foundation.

As Ivanka Trump, a female entrepreneur, is accepting funds for a new foundation devoted to the entrepreneurial spirit, she may want to consider how much she's paying the people who made her clothing. A Chinese factory that makes clothing for her fashion line pays its workers slightly more than $62 each week even though they work on average nearly 60 hours within that same period, according to a factory audit reported on by The Washington Post. The Fair Labor Association also discovered during a two-day inspection in October t nearly two dozen violations of international labor standards, including excessively long hours, high turnover and inadequate pay that sometimes fell below the Chinese minimum wage.

Because the factory's contractor, G-III Apparel Group, also makes clothing for brands like Calvin Klein and Tommy Hilfiger, it is unclear whether the conditions discovered during the inspection occurred while employees were working on Ivanka Trump's line. Similarly, because Ivanka Trump does not hold any leadership position in G-III Apparel Group, it is unclear how much she knew about the exploitative labor conditions at the factory.