Republican senator responds to student's concern about LGBT bullying: "A guy who wears a tutu and goes to bars ... asks for it"

Wyoming Sen. Mike Enzi also said people can be whatever they want "as long as you don’t push it in somebody’s face" 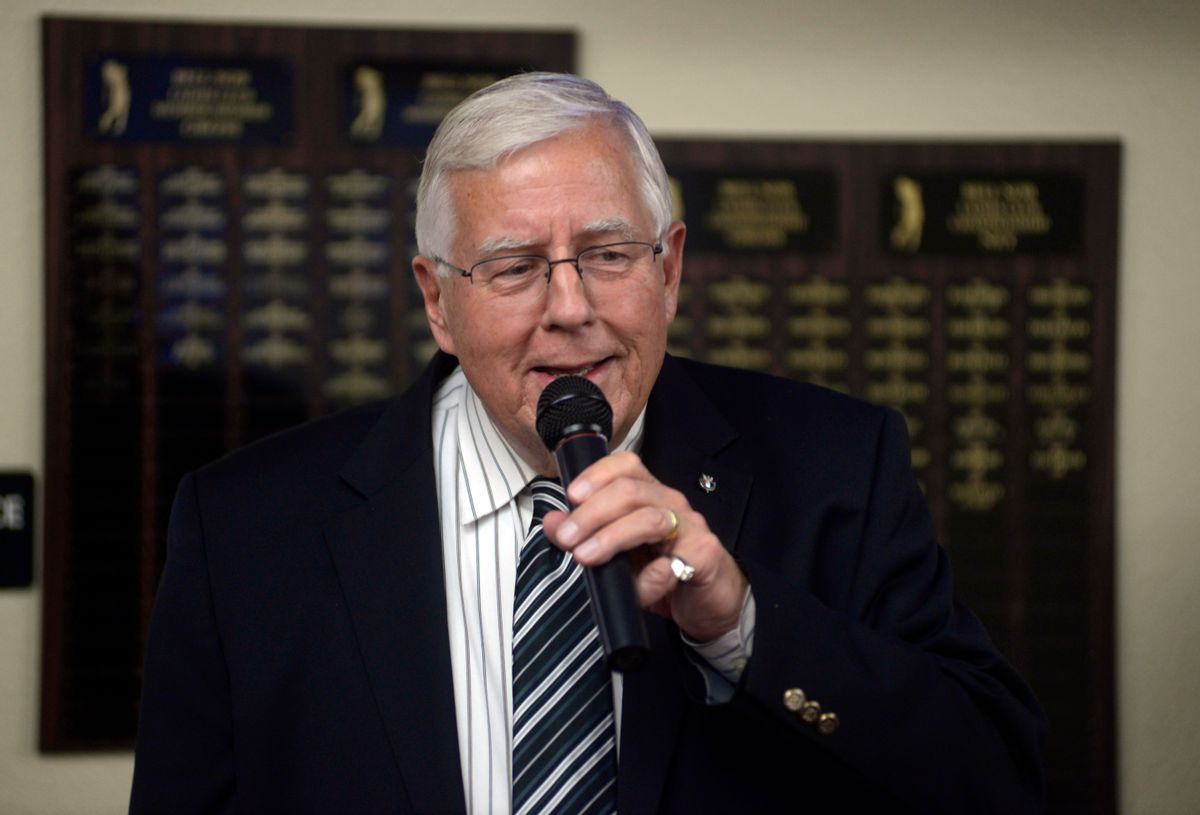 Sen. Mike Enzi, R-Wyo. gives a victory speech during his election party in Gillette, Wyo. Thanks to Congress recent tax and spending spree, Republicans intent on fulfilling a political promise will have to propose far deeper cuts to domestic programs to bring the governments deteriorating balance sheet back into the black. (AP Photo/Tim Goessman, File) (AP Photo/Tim Goessman)
--

As so-called "religious freedom" bills make their way through state legislatures around the nation, you would think that Republican lawmakers would be very careful about making sure their words could not be misconstrued as bigoted toward the LGBTQ community. Sen. Mike Enzi of Wyoming apparently didn't get that memo.

While speaking to students at Greybull High School and Middle School on Thursday, Enzi said that "in Wyoming you can be just about anything you want to be, as long as you don’t push it in somebody’s face. I know a guy who wears a tutu and goes to bars on Friday night and is always surprised that he gets in fights. Well, he kind of asks for it. That’s the way that he winds up with that kind of problem. I’d be interested in any solutions that you have for how we can make that work better."

He then added, "The biggest thing that we need is civility."

Enzi's remarks were given in response to the question, "What work are you and your comrades doing to improve the life of the LGBT community in Wyoming? How do you plan to help Wyoming live up to its name as ‘The Equality State?’"

The story was initially picked up by Matthew Burciaga, the editor of the school's Greybull Standard, which also provided a transcript of the event as well as the original audio footage.

Wyoming Democratic Party Chair Joe Barbuto condemned Enzi's comments, saying in a statement that the sentiment expressed was "not just inappropriate, it was ugly and indicative of a kind of backwards thinking that has no place in today’s society. It only makes matters worse that his remark was made to a group of young students. Let me be clear: no one deserves or is asking to be punished for simply being who they are. The Senator should already know that."
By contrast, Enzi's press secretary Max D'Onofrio told Wyoming Public Media that, "This was a complete misunderstanding. He was trying to teach a lesson about respecting people and anti-bullying. [But] it was probably not a great metaphor, especially in the context of the original question being about LGBT issues."
In addition to implicitly condoning bullying, Enzi's comments were also problematic because he implied that homosexuality is something you can "want to be." In fact, scientists overwhelmingly agree that homosexuality is not a choice.