"See you in the Supreme Court": Donald Trump rages over blow to his sanctuary city crackdown 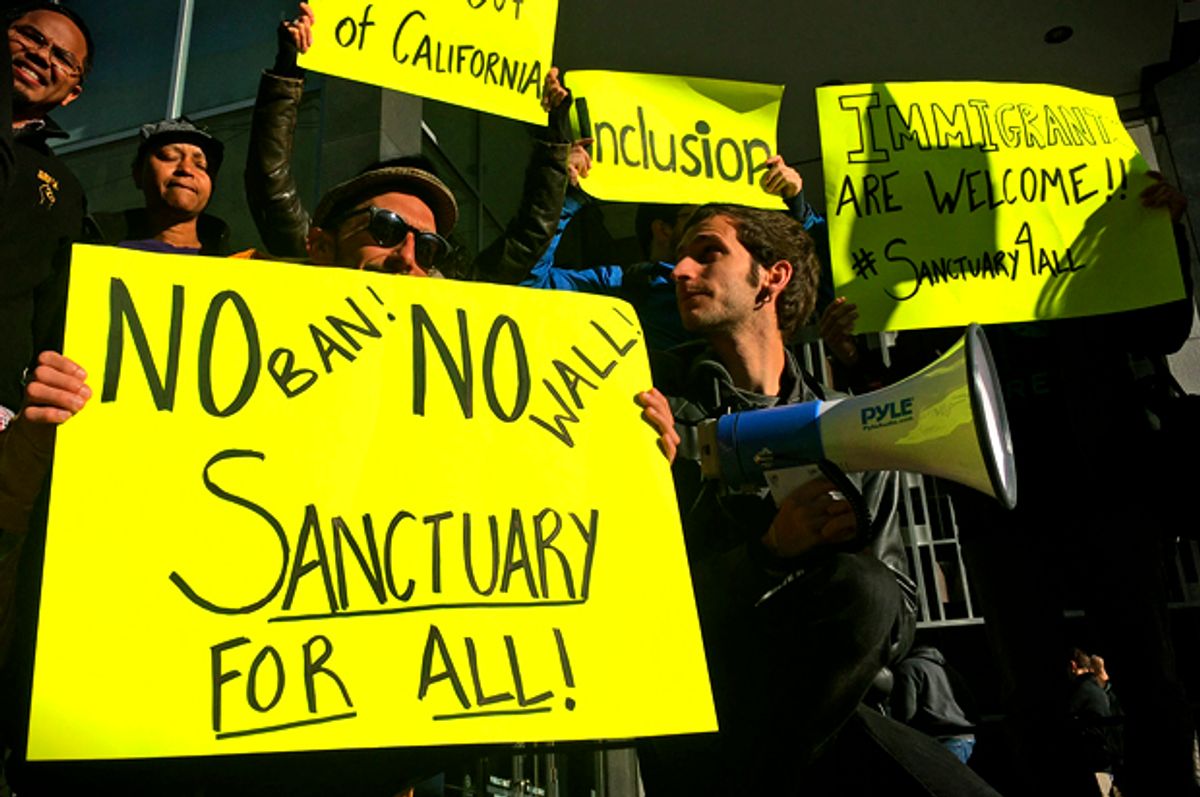 President Donald Trump isn't happy that a federal judge — U.S. District Court Judge William Orrick in San Francisco, that is — has temporarily halted his executive order cutting funds to sanctuary cities and other communities that refuse to cooperate with immigration authorities.

Not surprisingly, he vented his wrath through his favorite medium — Twitter.

Notice that all of these tweets were sent out in the early morning. Trump also got wrong the court in which his order was struck down.

The judge emphasized the rhetoric used by President Trump and top officials within his administration to demonstrate that the order could be unconstitutional, according to a report by The Washington Post. Although the government claimed that the order was merely an attempt to "highlight a changed approach to immigration enforcement," Orrick insisted that the order does attempt to circumvent the law with the "intent to defund sanctuary jurisdictions in compliance with the executive order."

There were a few instances cited by the order of Trump telegraphing his moves over the past few months. He told former Fox News host Bill O'Reilly that "if they’re going to have sanctuary cities, we may have to do that. Certainly that would be a weapon."  Press secretary Sean Spicer said that "counties and other institutions that remain sanctuary cities don’t get federal government funding." Attorney General Jeff Sessions said that they would "claw back any funds" that would normally go to cities which violated the Trump administration's immigration policies.

Chief of Staff Reince Priebus told reporters on Tuesday that "it’s the 9th Circuit going bananas. The idea that an agency can’t put in some reasonable restriction on how some of these monies are spent is going to be overturned eventually, and we’ll win at the Supreme Court level at some point."