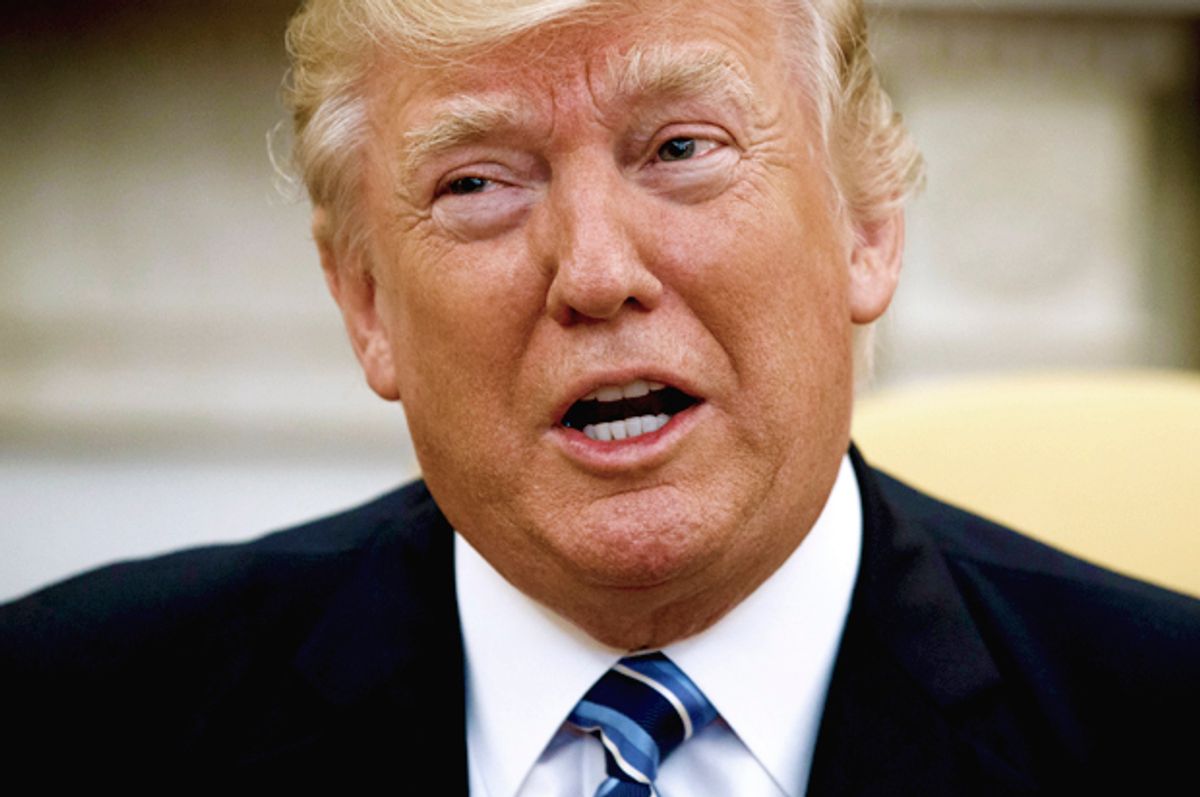 Less than two weeks after a Gallup survey discovered a 17-point drop in the number of Americans who believe President Donald Trump keeps his promises, a new poll reveals that Trump has the lowest approval rating of any president at their 100-day mark since the start of the survey.

Only 44 percent of Americans approve of how Trump is handling the presidency at this point in his administration, compared to 54 percent who disapprove, according to a recent poll by CNN/ORC.  This puts him at the bottom of the list of 12 presidents (himself included). The next lowest, Bill Clinton, had a 55 percent approval rating at this point in his administration.

A recent Fox News Poll contains similarly inauspicious findings for the president. It puts Trump's approval rating at 45 percent, well below the marks attained by Barack Obama (62 percent) and George W. Bush (63 percent) at this point in their presidencies. Perhaps most strikingly, only 36 percent of voters say they would want to re-elect Trump, compared to 55 percent who would not — of whom 47 percent say they would "definitely" vote for someone else. Even among people who voted for Trump in 2016, only 49 percent said they would definitely vote to reelect him in 2020. By contrast, Barack Obama had 64 percent support among his own voters from 2008 at this point in his administration (his overall reelection number was 52 percent).