Donald Trump didn't like that a court ruled against him, so his solution is to dismantle the court structure 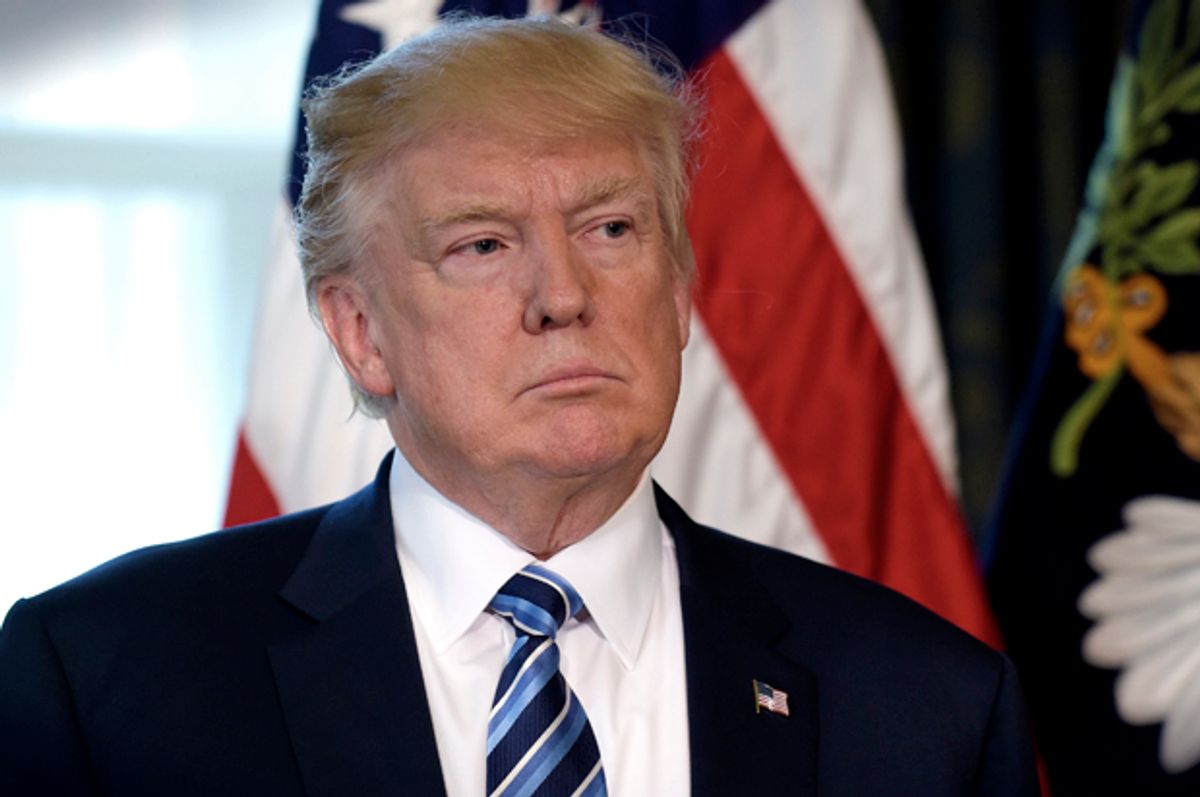 President Donald Trump has made it clear that he is not happy about Judge William Orrick from the US District Court for the Northern District of California issuing a temporary halt against his sanctuary cities order — and he is thinking of breaking up a circuit court that would hear his appeal next as a result of it.

"There are many people that want to break up the 9th Circuit. It's outrageous," President Trump told The Washington Examiner in an interview published on Wednesday.

Trump offered no specifics on what he would do.

Trump also used the opportunity to denounce sanctuary cities, where undocumented immigrants are protected from immigration authorities that would try to deport them.

One concern about the 9th Circuit Court of appeals is that it covers a very large area, including nine western states and two territories. It also has a left-wing reputation in terms of its rulings, in part because 18 of its 25 active judges were appointed by Democratic presidents.

As Ed Kilgore writes in New York Magazine, Trump's suggestion about breaking up the 9th Circuit is "by no means a novel idea for a Republican; conservatives have always disliked the 9th Circuit as “too liberal,” much as the 5th Circuit has an unsavory reputation among liberals as being too conservative. With judicial appointments depending on who is president when vacancies occur and how confirmations are handled by the Senate, you just can’t keep the circuits balanced in any way."