Trevor Noah wonders why we still have Confederate memorials: "Some people support the monuments, while other people are black" 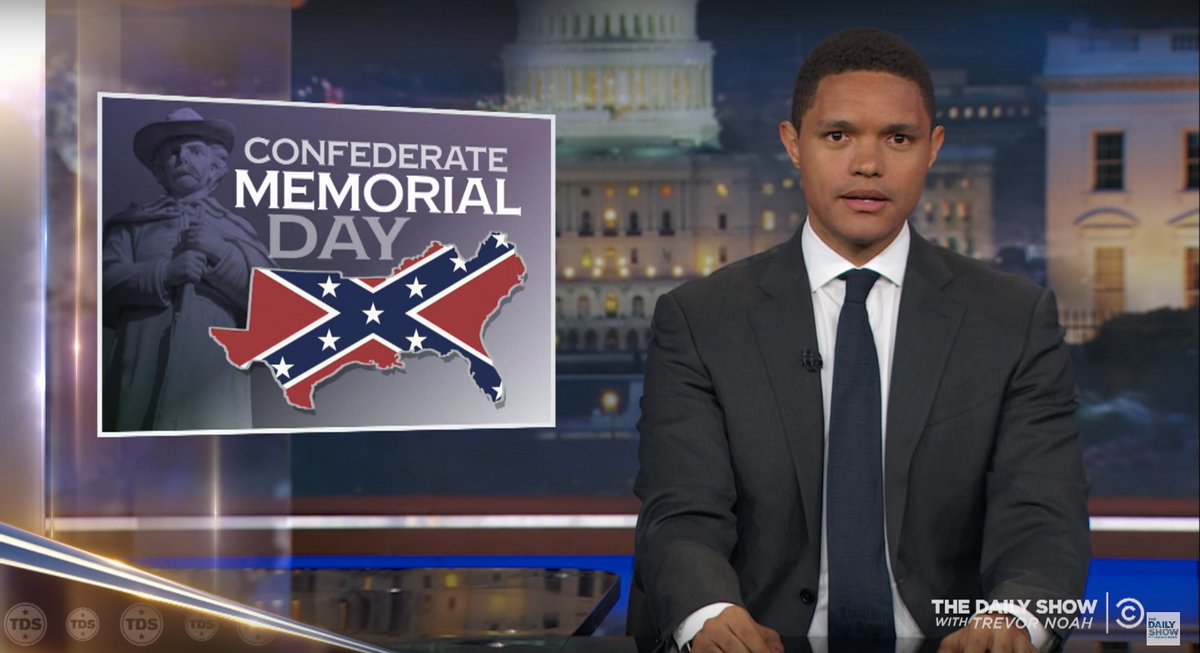 If Trevor Noah had his way, the Confederate flag would be a black mark on America's history, shunned by everyone for its hateful symbolism. But some southern states insist on honoring the Confederacy.

That's "messed up on so many levels," according to "The Daily Show" host.

"First of all, the Confederacy fought the Civil War to defend slavery," Noah said. "Why would you honor that? Secondly, what are black people supposed to do on this holiday? If you're a black person in one of these states, what are you supposed to do? You're just sitting around thinking, 'man, this is some bullshit.'"

Many Southerners who observe Confederate Memorial Day argue that they are merely celebrating their heritage. Noah wasn't buying it.

"I know that some of today's southerners genuinely believe that honoring this past does not necessarily honor white supremacy," he said. "But it's a hard case to make when there are statues that literally celebrate white supremacy."

The debate over the confederacy is more profound in 2017, as states and local municipalities have started to consider removing some Confederate monuments.

"Some people support the monuments, while other people are black," Noah said, summarizing the debate for his audience.

One supporter of the monuments, Virginia gubernatorial candidate Corey Stewart, has seriously devoted most of his campaign to preserving these monuments.

Noah found some middle-ground if Stewart and other nostalgic southerners refuse to let the confederate monuments go. "For context," Noah said, if the monument of a Confederate general must stand, then they should have to construct a statue of a slave right "next to it."