WATCH: The Lucas brothers use comedy as a salve for pain

Growing up in Newark with their dad in prison, the twin comedians learned to use humor to heal 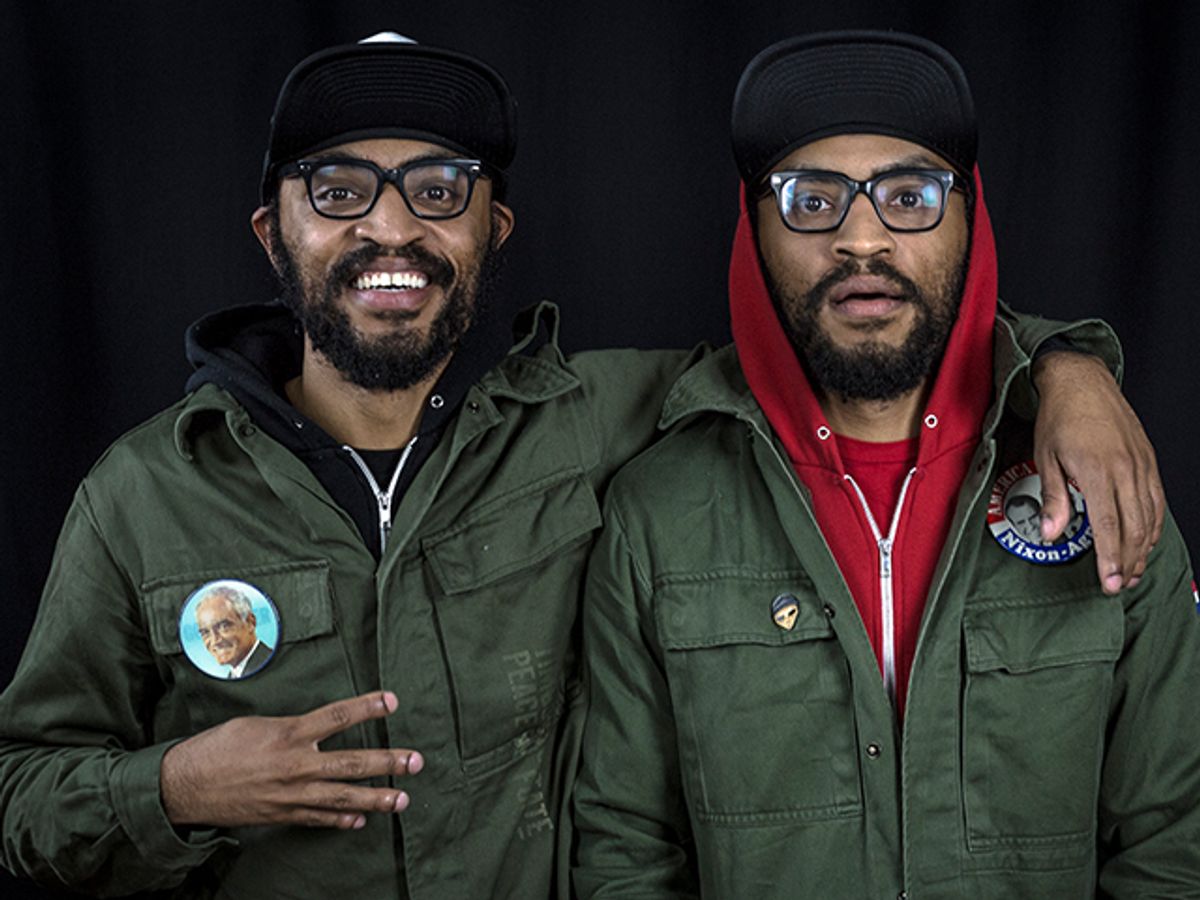 Keith and Kenny Lucas are identical twins who grew up as quiet, observant types in Newark, New Jersey. Their dad was in prison and they were raised by their mom alone; yet they still managed to attend prestigious law schools. Nonetheless they decided that practicing law would be too boring for them and realized something new and unexpected about themselves: They were funny. The two brothers stopped by Salon recently to talk about their approach to finding comedy in tragedy and their new special on Netflix, "On Drugs."

Asked how they arrived at humor after growing up amid challenges, Kenny Lucas said, "Our dad going to prison has had a huge influence on our comedy." Added Keith: "It has shaped our approach to certain topics, and we thought that by turning that tragedy into something comedic, we could mine it and have a greater impact."

At what point did they realize that comedy could be a salve for pain? "Probably like last year," Keith joked. "I never wanted to use comedy for therapy . . . but now I think it is, for sure."

Added Kenny: "But I think in retrospect, we started using comedy for therapy at the beginning really. When we were in the ghetto, we were watching 'Seinfeld' to escape from the harsh realities of where we were living."

Asked if they are always booked to perform together, the twins replied that this is mostly the case. (It's possible to distinguish between the brothers because Keith wears red almost every day and Kenny has a freckle on his nose).

"I tried to do a solo gig without him," said Kenny. "And it was horrible, man. I didn't know what to do."

"He was trying to deliver a punchline and looked to his right, and I wasn't there," Keith chimed in. "I am always on the right."