Donald Trump has copies of the Electoral College map, and hands them out to people

Donald Trump can't get over his electoral college insecurities 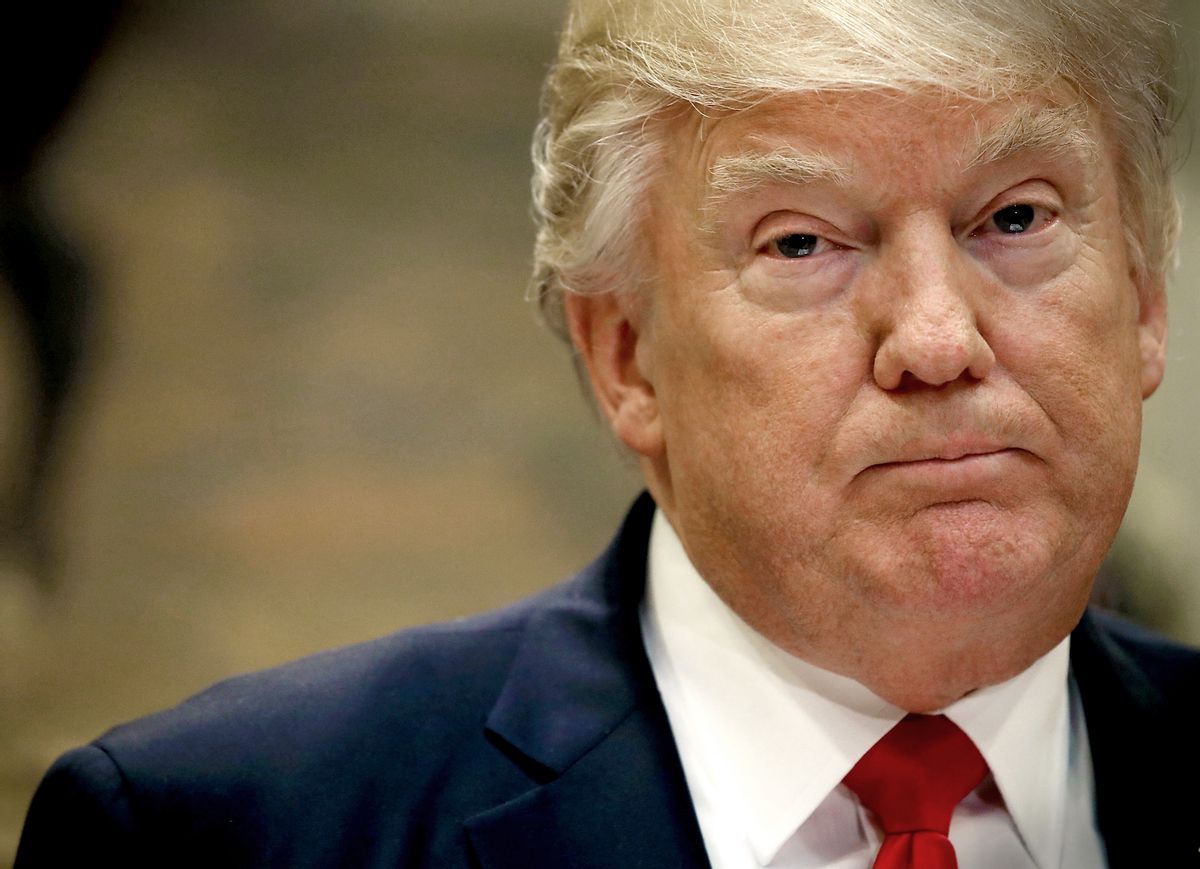 President Donald Trump can't seem to get over the Electoral College.

Considering that he is one of five presidents to be elected without a popular vote victory, it is perhaps inevitable that the notoriously insecure former businessman has spent so much time fretting over his margin in the Electoral College. This tendency popped up most recently in an interview with Reuters this week, during which the president interrupted a conversation about Chinese President Xi Jinping to distribute copies of a voter map with the areas he had won colored in red. Here's how Reuters described it:

"Here, you can take that, that's the final map of the numbers," the Republican president said from his desk in the Oval Office, handing out maps of the United States with areas he won marked in red. "It’s pretty good, right? The red is obviously us."

Trump is fixed on his Electoral College insecurities. In his first conversation as president with Australian Prime Minister Malcolm Turnbull, Trump mentioned his election win. While it's unclear whether his reference to the Electoral College was a non sequitur in that context, it was indisputably an out-of-nowhere situation during a joint press conference with Israeli Prime Minister Benjamin Netanyahu in February.

After an Israeli reporter asked the president what he would say to Jews who "believe and feel that your administration is playing with xenophobia and maybe racist tones," Trump replied, "Well, I just want to say that we are, you know, very honored by the victory that we had: 306 Electoral College votes. We were not supposed to crack 220. You know that, right? There was no way to 221, but then they said there’s no way to 270."

Of course, despite Trump claiming that his electoral college victory was the biggest since Ronald Reagan, the fact remains that only two presidents since 1972 have been elected with fewer electoral votes than Trump — Jimmy Carter in 1976 and George W. Bush in 2004. Then again, it's hard to expect Trump to be consistent with American history when he can't even be consistent in his own past statements on whether the Electoral College is a good or bad thing.