Trump thinks there will be a conflict with North Korea, but won't aid the country that would be hurt most 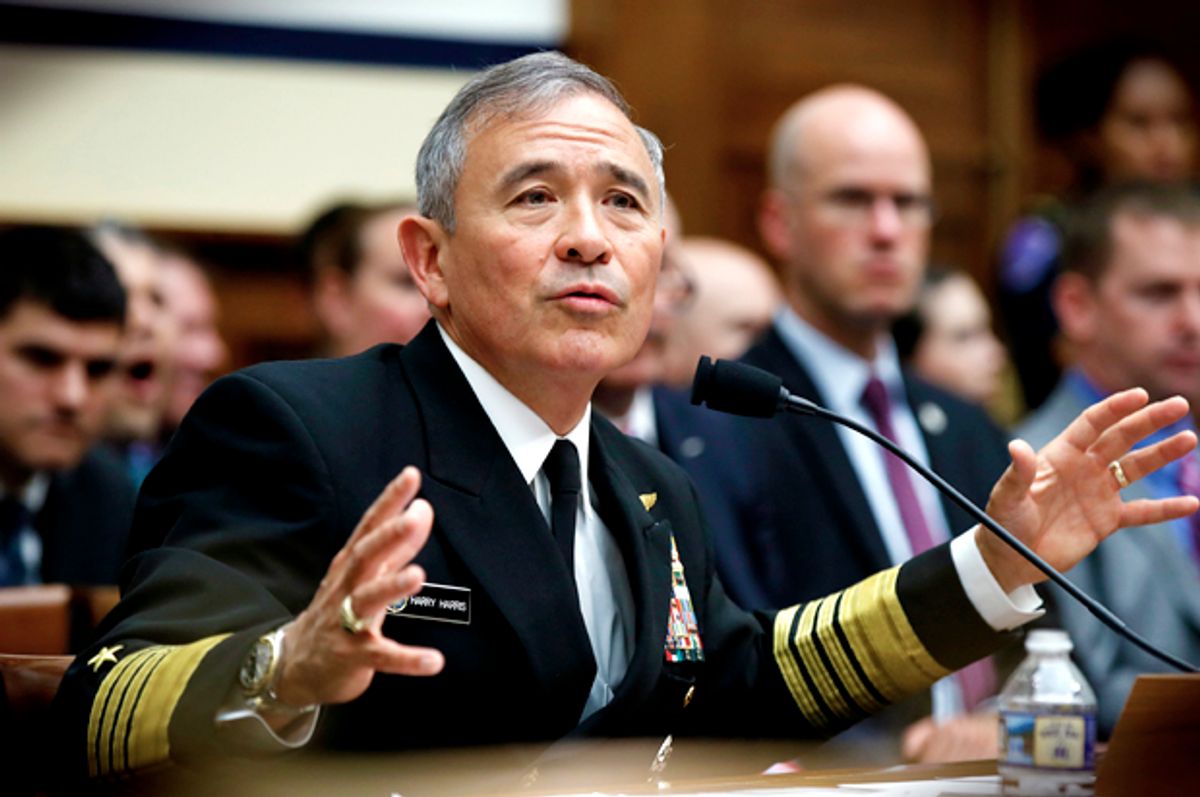 In the same week that President Donald Trump used the North Korean crisis for a cheap political stunt, the president has begun intimating that a serious confrontation with the nuclear-powered authoritarian state may be in the offing.

"There is a chance that we could end up having a major, major conflict with North Korea. Absolutely," Trump told Reuters in an interview this week. He later added, "We'd love to solve things diplomatically but it's very difficult."

Trump also said that he is going to demand that South Korea start paying for the cost of THAAD, an anti-missile defense system that the United States installed in South Korea for their defense. He also wants to either renegotiate or end a free trade pact that exists between America and South Korea due to a trade deficit that he argues disadvantages the United States.

When asked when he would announce his new trade policy toward South Korea, Trump replied, "Very soon. I’m announcing it now."

Trump's pronouncement on THAAD has already shaken South Korean leadership, with a spokesman for presidential favorite Moon Jae-in saying that "we must consider whether it conforms to the spirit of the alliance" and accusing Trump of making important policy decisions "unilaterally and without close bilateral consultations." The THAAD missile system is already controversial within South Korea and has been a major issue in the ongoing presidential campaign there.

Even before Trump's most recent remarks became known, however, Russian President Vladimir Putin and Japanese Prime Minister Shinzo Abe held a joint press conference on Thursday to encourage Trump to cool off his rhetoric on North Korea.

"In my opinion, and in the opinion of the prime minister, the situation on the Korean peninsula has unfortunately got a lot worse. We call on all governments involved in regional matters to refrain from using belligerent rhetoric and to strive for peaceful constructive dialogue," Putin told the assembled reporters.

North Korea, meanwhile, has recently released a video showing explosions and the White House in its crosshairs. Whether this bluster can be backed up or not, it certainly indicates that things are continuing to heat up in the volatile region.