Star of "Project Runway" talks about "House of Z," a new film about his rapid rise, sudden fall and career renewal 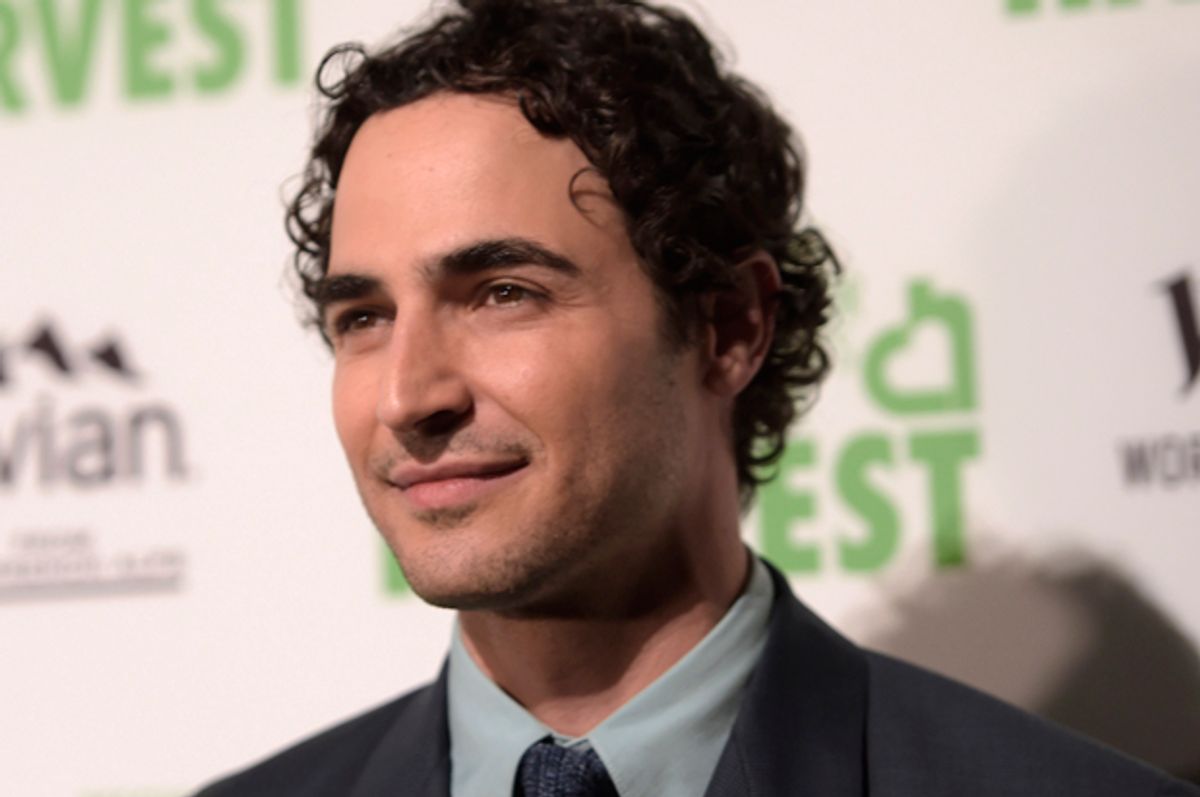 Fashion designer Zac Posen catapulted to an early success. As too often happens, that was followed by an equally rapid and spectacular downfall. The new documentary “House of Z,” which is having its world premiere at the Tribeca Film Festival in New York, chronicles Posen’s rise, fall and redemption. The film, directed by Sandy Chronopoulos, opens with a portrait of Posen’s family, which emphasized how his creativity took shape.

When Posen started his own company — in his house, no less — his mother and sister took on executive roles. They are interviewed in the film about their experiences, which grew strained over time. While Posen’s business deals with Sean “Puffy” Combs and other big names emboldened the brand, they also helped prompt Posen’s commercial decline. A move to Paris one season created further issues; his brand was becoming less desirable.

But as “House of Z” shows, the dresses are the reason for his success. Watching Posen build, drape and create provide the film’s best sequences. The fashions are truly fabulous. That's true even when the filmmakers, designers and dressmakers spend an exorbitant amount of time on a single dress — one gown was inspired by the Guggenheim Museum’s ceiling — likely to be worn only once.

Dressed in a fashionable suit and hat, Posen met with Salon to discuss his film and career.

What started your childhood interest in fashion? Why was design so important to you?

I first got drawn into fashion through theater and film. My dad recorded everything on VHS, all the great Hollywood movies, so storytelling and the role that clothing played in that was pretty instrumental in terms of self-expression and character. My father is a painter — he’s a part of the photorealist movement in the early 1970s, and his painting dealt with fabric. My whole childhood was performing: acting, singing, dancing. And at a certain point, that faded into the back, and I was in the costume shop and making clothing. I took a sewing class at six, and I didn’t stop there. I played in my own imaginary world. I have a lot of different projects and ambitions, and a lot of work ahead of me to do.

At fashion school, did you take any business classes? I always feel creative types need to have a stronger business sense. What promoted you to establish your own company rather than work for someone else?

At Central Saint Martin’s School in London, there was no business school. I grew up in a house that was real art and commerce. My mother, when I was in her stomach, went to law school and became a corporate lawyer. That supported our household. I learned process and entrepreneurial spirit by selling lemonade on Spring Street. Take a quarter out for cost of goods. I saved up my lemonade money and started my business with that.

Your talent is your uncanny ability to build, sculpt and drape. How do you see the dress on the model? Can you describe that process?

I love women. It’s not just a dress on a model, it’s a dress on a woman. I really don’t define beauty by model standards. There are all forms of diversity in body types, race and age. You see how somebody moves, how something makes someone feel with clothing. The movement of the piece matches the character. I’m interested in bringing character and personality out, which is not always the point of fashion. It was challenging early in my career because expression is not always [appreciated]. Today it’s allowed within the rule of the industry. The idea of trends and the “new look” — that kind of romanticism is coming back. But we’re in a different time, one of self-expression and self-invention, so people create their own look. The fads and trends of High Street go really fast.

You achieved success, and got considerable attention, but you could have been seen as trying too hard to make a mark. Can you talk about that?

I think that was a great deal of the criticism. I admire people who are ambitious. If you’re not going to go for it all the way, what’s the point? Reflecting on it, I can relate to people’s criticism. I was a lot. I wouldn’t have lived my life any other way. Through the ups and downs, it was really painful, with physically harmful moments in my life and career, corporate changeover, family [drama].

Your family made your dreams into their dreams. What can you say about your relationship with them as you came to fame, burned bridges and recovered?

I feel very fortunate through the process through this film that it allows for family healing in the moment. It was authentically captured. I had to give up. I didn’t know what story was going to be told in the film. Sandy, with her journalism background, found her story throughout the process. I gave up final cut and editorial control. It’s not my movie. What part of [my life] story is told was terrifying.

What made you trust the film’s director to tell your story?

I work on instinct. Sandy was a first-time director. I’ve always knew I needed it to be a female director. I liked that she was not from the fashion industry. She asked hard questions. I get filmed for many things, and it was an instinct moment. Then it was a three-and-a-half-year process!

The dress you designed based on the Guggenheim ceiling is extraordinary. Even André Leon Talley thought so. But it seemed to consume considerable time and money. What is the purpose of making a gorgeous dress that might only be worn once?

It’s a sculpture you are putting into the world. I’d rather make something like that than 10,000 t-shirts that are going to go into a garbage dump one day. What’s the point of it? To make people dream. If you are able to make something that hits a place of fantasy in the larger public and makes people dream, than I consider that some level of success.

I like that you continue to resist automation and build dresses by hand. Can you talk about why you stick to that principle?

You cannot fake the human hand and imagination. I’m interested in following the tech world. I think we’re getting pretty close with A.I., but I think that part of civilization sees our hands and imagination. I’m a sculptor and a mathematician. [In my studio] are my collaborators, and I want to have a place where I can pass that [knowledge] on to the next generation — people that get experiences through my studio and the people I work with — it’s a real community. They are powerhouses.

I’ve learned how to be a leader. I do over 16 collections a year. I have a cookbook coming out in October. I’m going into my sixth year of “Project Runway.” This is a non-stop life. I have other creative ambitions, but I’ve learned how to manage that. That takes time and energy, and you have to be a great delegator. You have to stick to your instincts. You can’t be wasteful of people’s emotions, time or energy. You have to be respectful of them and nurture them, the way you would nurture a family. It’s essential. I hope people understand it’s not a one-man show. No fashion label is. There is a real humility for that. I’ll fight for my team. That’s what’s important to me — in my studio and outside.

Was it a form of hubris when you decided to take your atelier to Paris?

There’s a correction: I never took my studio to Paris. The studio [went] to finish a collection. My studio always remained in New York.

Do you regret it?

Absolutely not. I got an incredible perspective on who I was and where I was at that time in my life. My work and who I am in American fashion was represented globally. As a creator, you have to take risks, and today we are living in a global world. There are numerous American brands moving to Paris and showing in Paris. I think that some ways, [with] moves I’ve made in my career, we’ve been ahead of the game. In fact, it took the early hits to pave the way. Now it’s not seen as an odd thing when brands go to Paris as a strategic move. That move, from a larger perspective, was incredibly humbling and challenging and risky. But it was important in my career, and it helped build my international business. It was not good for my team or for my company, but [without it] I wouldn’t be where I am today.