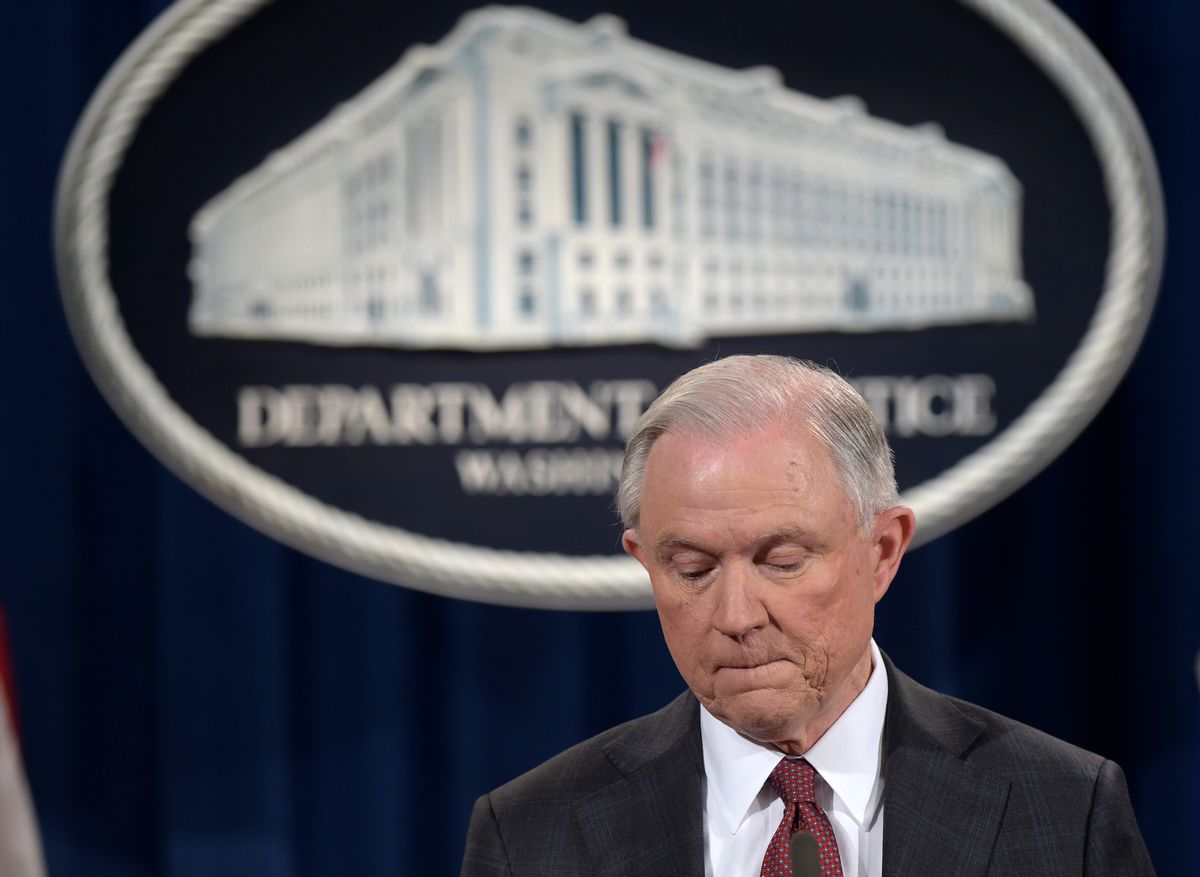 FILE - In this March 2, 2017 file photo, Attorney General Jeff Sessions pauses during a news conference at the Justice Department in Washington where he said he will recuse himself from a federal investigation into Russian interference in the 2016 White House election. (AP Photo/Susan Walsh, File)
--

Although Attorney General Sessions did not confirm a Department of Justice investigation into President Donald Trump's ousted national security adviser Michael Flynn, he did announce on Friday that he will not be involved in any federal investigation.

Sessions had already recused himself from the DOJ’s investigation into Russian interference in last year’s election after failing to disclose multiple meetings with Russia’s ambassador to the U.S. Flynn, a once decorated general, was forced to leave the Trump administration in February after it was revealed that he lied to Vice President Mike Pence about his own meetings with the Russian ambassador. And on Friday, Democrats on the House Oversight Committee announced that the Department of Defense's inspector general had opened an investigation into Flynn for failure to disclose foreign payments he received from Russia.

During an appearance on NBC's "Today" on Friday, Sessions told co-host Matt Laurer that he would also recuse himself from any current or future investigation of Flynn by the DOJ, which includes the FBI.

"You would recuse yourself from any decision dealing with general Flynn?” Lauer asked.

“Yeah,” Sessions replied, adding, "I really don’t know whether there’s an investigation or should be.”

The FBI has already acknowledged that it is investigating Russian interference in the election and possible ties to the Trump campaign.

Sessions went on to defend the Trump transition for failing to properly vet Flynn, a top campaign adviser and former head of the Defense Intelligence Agency. According to Defense Department Inspector General Glenn A. Fine, Flynn “failed to obtain required approval prior to receiving” thousands of dollars from Kremlin propaganda network RT for a speech at a 2015 Moscow gala where Flynn sat at the same table as President Vladimir Putin of Russia.

“It’s impossible to know everything," Sessions said on Friday. On ABC's "Good Morning America" later on Friday, Sessions said that vetting "is a complex issue, and I’m not sure anyone could be expected to find that.”

On Thursday, White House press secretary Sean Spicer blamed the Obama administration for reissuing Flynn's security clearance "in 2016 with full knowledge of his activities that occurred in 2015."