After he was booted on Friday, DeMint won the public praise of President Donald Trump 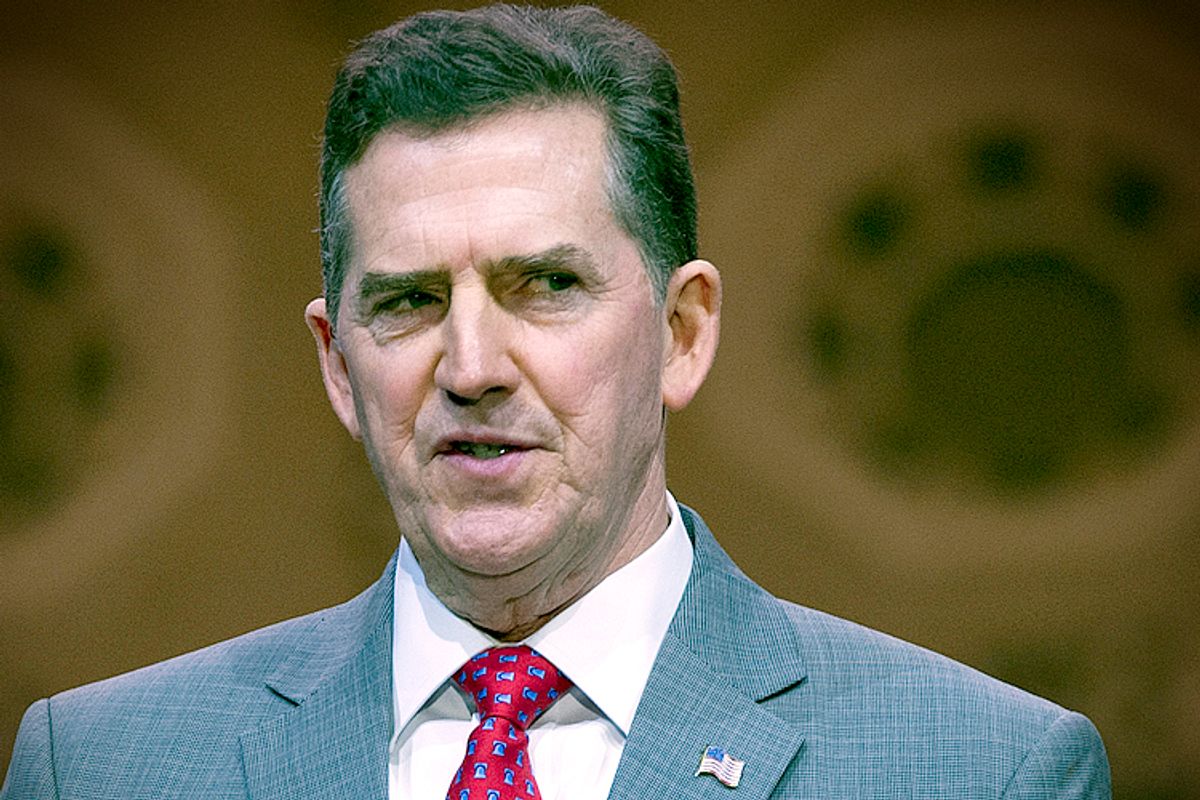 Jim DeMint, the president of the Heritage Foundation, was ousted from his position on Friday by the board members of the conservative think tank.

The acerbic former senator from South Carolina lasted less than 5 years in his position which he assumed in 2013. Ed Feulner, the retired, previous president of the non-profit organization, is a likely interim successor.

DeMint’s short tenure was fraught with controversy as he tried to change Heritage from a research-oriented think tank that had good relations with most Republicans into a hard-edged activist organization that frequently provoked anger from GOP leaders.

According to multiple people familiar with DeMint’s time at Heritage, his confrontational political strategy was initially welcomed by the majority of the non-profit’s board members who had received negative reviews from donors large and small about how Heritage conducted itself during the term of former president George W. Bush. During those years, Feulner and his top aides cultivated close relations with the White House. But when Bush’s political popularity collapsed thanks to Hurricane Katrina and continued violence in Iraq, Feulner’s low-key, policy-centric approach was blamed by Tea Party-aligned conservatives as feckless.

DeMint was eventually promoted as a man who could save Heritage from irrelevance due to his fame among conservatives for angrily opposing Senate Republican leaders. His oft-repeated claim that he could accomplish more with 30 hardcore conservatives than with 60 moderates became a bit of a catchphrase among some activists. Although some Heritage staffers remained suspicious of his politician pedigree, he initially faced few complaints. Soon, however, his fiery style and the inexperienced staffers he brought in began to rankle some of the more scholarly Heritage employees. A number of them began heading for the exits, particularly as DeMint and a newly created lobbying sister organization, Heritage Action, eagerly joined a foolhardy GOP bid to shut down the government in 2013. Republican politicians who had long relied on the Heritage Foundation to make them smarter were incensed that the think tank was promoting stupidity.

DeMint dialed back his flinty style afterwards but his reputation was severely damaged among some employees and donors who had previously reserved judgment. The writing was on the wall for DeMint after that.

Just as news broke of Demint's ousting on Friday, President Donald Trump offered him a shout out during an address to the NRA's annual convention in Atlanta.

“I want to thank, really, Heritage, and I want to thank also all of the people that worked there,” Trump said in reference to the organization's work helping to vet and select Neil Gorsuch as Trump's Supreme Court nominee. Trump then singled out Demint by name, saying he "has been amazing.”