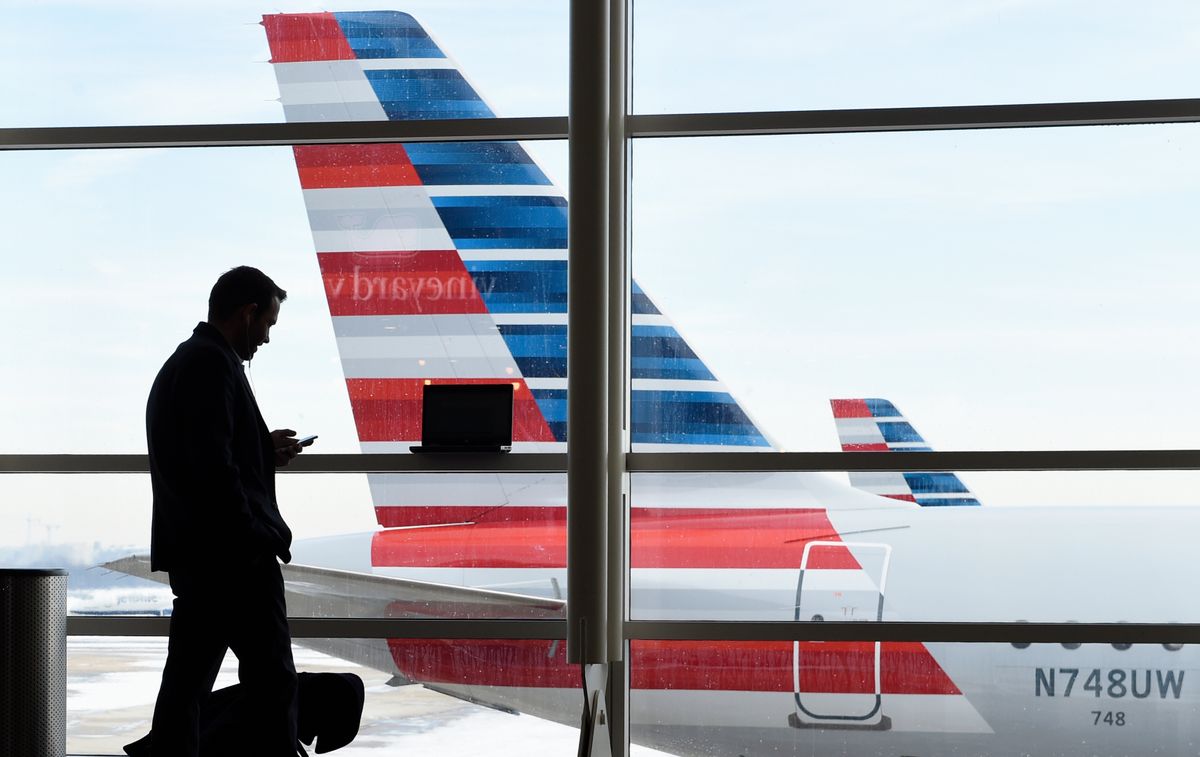 FILE - In this Jan. 25, 2016, file photo, a passenger talks on the phone as American Airlines jets sit parked at their gates at Washington's Ronald Reagan National Airport. American Airlines announced Wednesday, Jan. 18, 2017, that passengers will be able to buy “basic economy” tickets starting in February that will be similar to bare-bones fares already offered by Delta Air Lines and soon to be matched by United Airlines. The basic-economy fares will have a lower price, but will offer fewer comforts. (AP Photo/Susan Walsh, File) (AP)
--

On the same day that United Airlines reached a settlement with Dr. David Dao, the passenger recently physically dragged off of one of their overbooked flight, Wall Street investors in American Airlines punished the company for increasing the pay of its pilots and flight attendants.

Pending finalized contract negotiations, American Airlines will increase its payment of pilots and flight attendants by a total of nearly $1 billion over the next three years, according to a report by the Associated Press. American Airlines hopes this will quell employee discontent at the fact that their pay tends to be lower than that of employees at competing airlines.

After the plan was announced on Thursday, American Airline Group Inc.'s stock dropped by 5.2 percent, reaching $43.98. Because

Because airlines, in general, have had difficulty raising airfares, investors are concerned that the pay raises will further harm the company's bottom line. Chief Executive Doug Parker predicted as much, warning analysts that the raises "might surprise or even dismay some of you because it adds costs to the airline."

Morgan Stanley's Jamie Baker responded to the news by downgrading American shares from "neutral" to "overweight," arguing that the company's decision "establishes a worrying precedent, in our view, both for American and the industry."

As Citi analyst Kevin Crissey told clients in a note, the employee pay increases are "frustrating. Labor is being paid first again. Shareholders get leftovers."

This wasn't the end of the fiscal bad news for American Airlines on Thursday. It announced on that day that profit fell by 67 percent, which was worse than Delta and Southwest, which reported 36 percent and 31 percent drop in profit, respectively. American's profit margin, however, was better than United, which reported a 69 percent drop in profit.