The right-wing newscasters are in awe of Trump's "accomplishments" 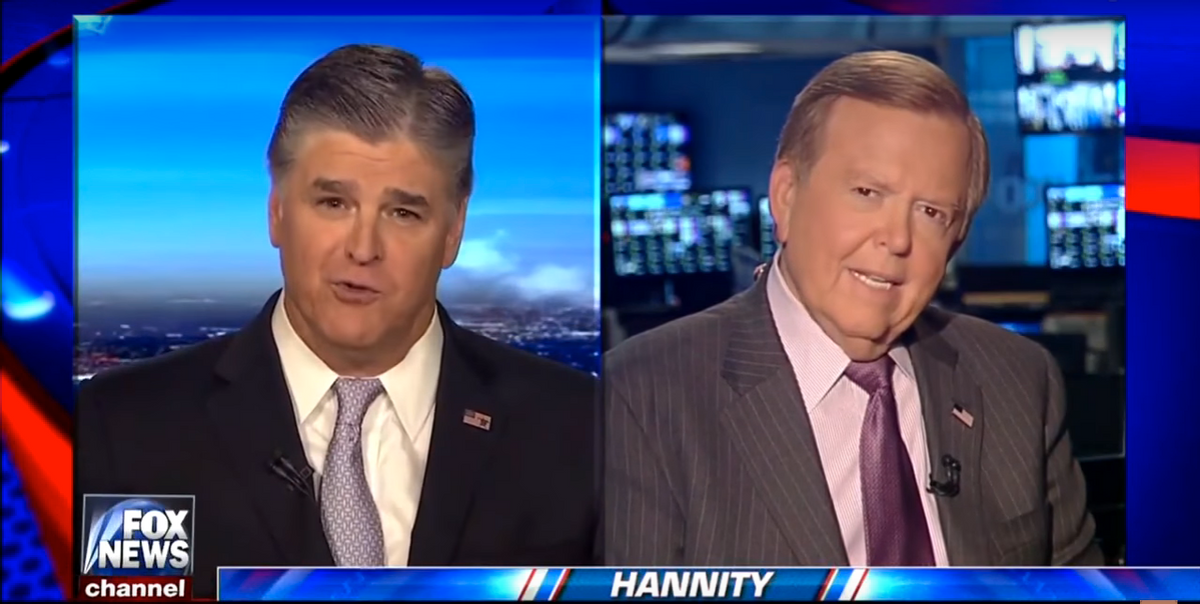 Sean Hannity and Lou Dobbs agree that President Donald Trump has been near perfect since taking over the Oval Office. The two Fox News hosts could not stop complimenting the president and his administration during their powwow Thursday on "Hannity."

"I really think the president is in a very good place," Dobbs really said. "He has done more than any president in recent history — certainly in the last half-century — in the first 98 days of his presidency."

The president, desperate for wins and good media coverage, could not have said it even better himself. Dobbs and Hannity would only amplify their praise and flattery as the exchange continued.

"All the accomplishments of the president, keeping his promise, checking off his list," Hannity said. "He's not perfect. Nobody's perfect. But he's done a really good job."

Hannity and Dobbs have gone through great lengths the past 100 days to spin the disaster that is the Trump administration. Even as Trump's executive orders on immigration stall in the courts, and he fails to pass any bill of substance in Congress, the two Fox News hosts insist that America is becoming great again, thanks solely to the president.

"I'm serious," Dobbs said. "He's worked his tail off. Still is. Meanwhile, he's taking care of national defense, national security, on all the challenges that aren't on the Trump agenda. It's truly remarkable what he is doing and the credit that he is not receiving for what he has done."