"Has anyone tried putting a resignation letter in front of him? It's worth a shot" 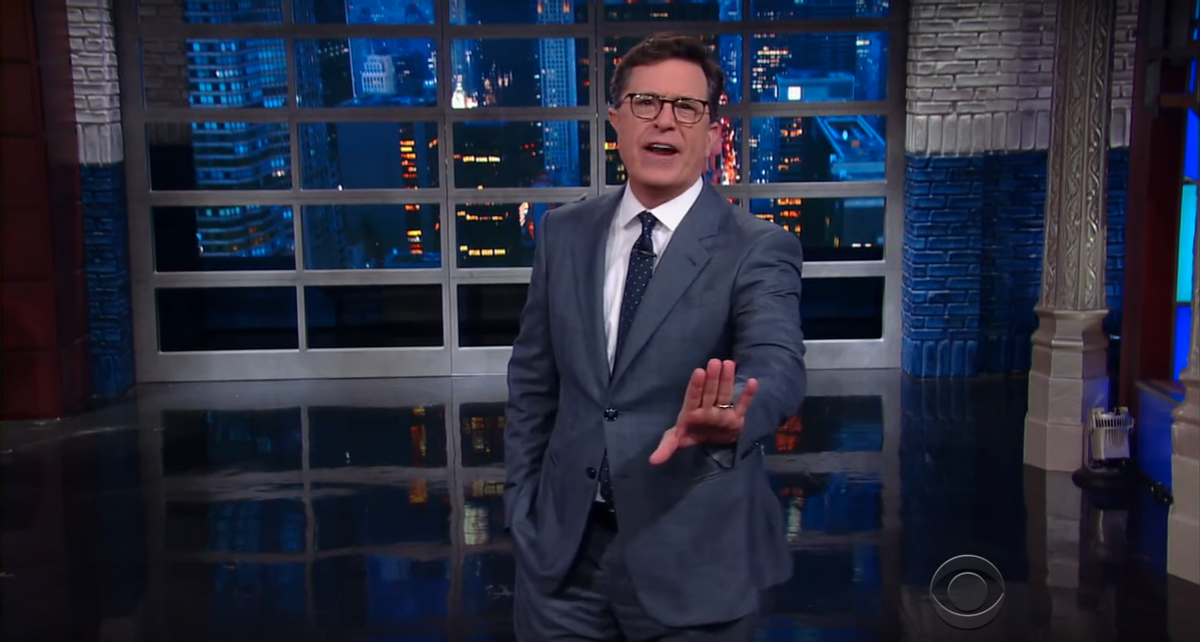 Stephen Colbert was met with a chorus of boos Thursday when he informed "The Late Show" audience that President Trump signed an executive order this week calling for a review on national monuments, which could open them to drilling, mining and logging.

From Mount Rushmore to the Stonewall Inn in New York, Trump will now have the ability to meddle with existing monuments.

"Guys, he's just trying to do the right thing," the late-night host said, shouting over the boos. "Because it's important that we finally find out how much oil is in Lincoln's eyeball."

He then played a clip of Trump defending the executive order in remarks at the Department of the Interior on Wednesday. The president started his statement by acknowledging that he "sometimes" reads the executive orders and thinks "maybe people won't like it, but I am doing the right thing."

"Sometimes he looks at the things he's signing?" an exasperated Colbert asked. "Sometimes? Just randomly? Not all the time? Has anyone tried putting a resignation letter in front of him? It's worth a shot."

The American people were not the only ones offended by Trump's recent executive order. The presidential heads on Mount Rushmore apparently heard the news of Trump's tinkering with the Antiquities Act.

In an animated skit, the sculpted head of Theodore Roosevelt accuses Trump of being a "bully" before George Washington theorizes that the current president may be trying to fill a space on the monument.