Stop piling on the post office and other public players; ditch the myths that promote government privatizing 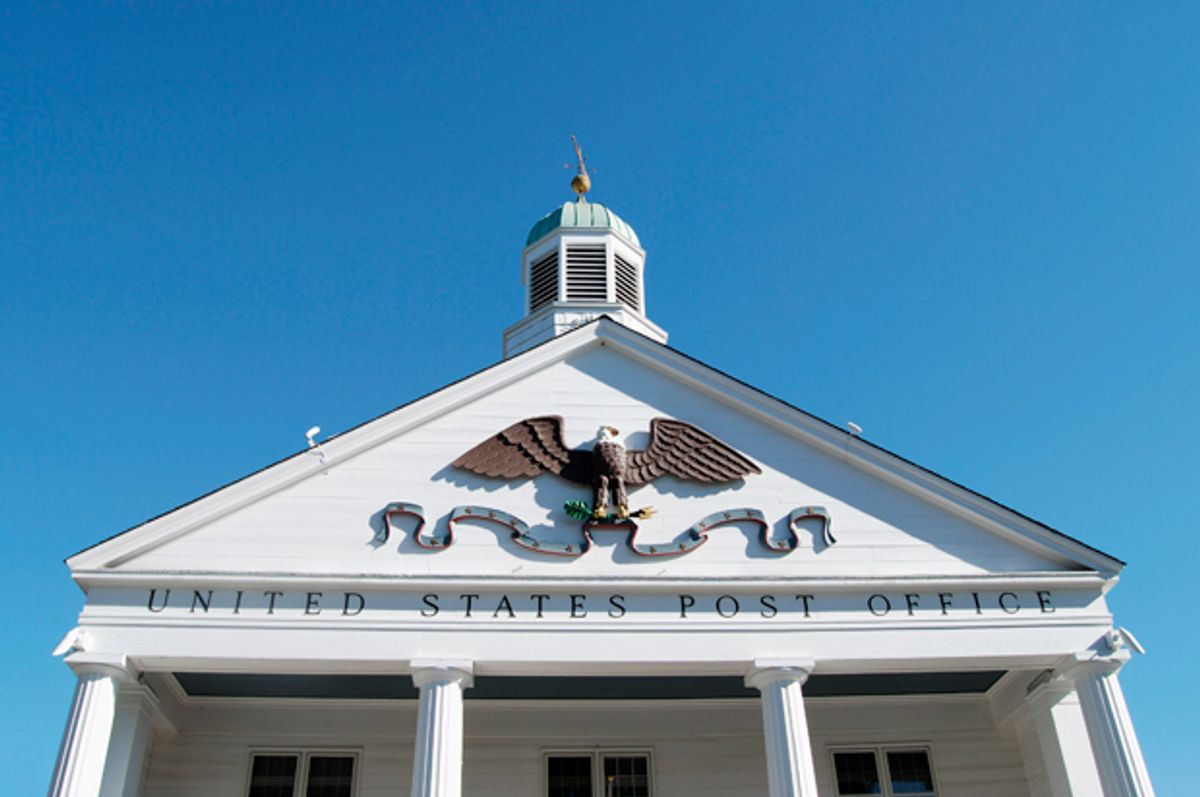 In addition to receiving "news" (reporting on stuff that's real), we're now getting "fake news" (stuff that's completely made-up). But wait: The barons of corporate news are adding to today's tumultuous state of journalism by putting out feeds of BS news (stuff they know is untrue but reported as fact because it advances their political agenda).

For example, the mighty Washington Post keeps publishing a load of BS to denigrate our U.S. Postal Service. The paper's latest potshot was in an alarmist editorial declaring, "The U.S. Postal Service continues to hemorrhage red ink." Embracing their newspaper owner's anti-government ideology, the editors grumped that postal unions have made our mail service outmoded and insolvent, running up "a net loss of $5.6 billion last year."

That is pure bovine excrement — and the editors know it. In fact, thanks to our amazing, innovative and efficient postal workers, the nation's public post offices racked up a $610 million operating profit last year and a $1.2 billion profit the year before.

The $5 billion in red ink that the paper's editorial propagandists touted is not real but instead a deliberate bookkeeping hoax created by Congress to make the public think that our postal service is a hopeless money loser that should be privatized.

In 2006 Congress piled an artificial "loss" on the U.S. Postal Service by decreeing that it must pre-fund the health care costs of future retirees 75 years in advance. That includes retirees who're not even born yet! No other agency and no other corporation —including Amazon — could survive if Congress added a $5-billion-a-year fictitious loss to its books.

Yet, in a shameful piece of BS journalism, the Post intentionally ignored the true story.

What the Post should have covered was this: While half a dollar hardly counts as money these days (it no longer buys even a small cup of coffee), there is an amazing 50-cent bargain out there: a first-class postage stamp. For 50 cents, you get the stamp, 3 cents in change and so much more. Stick it on an envelope, drop your missive in a mailbox, and America's phenomenal network of post office workers and letter carriers will deliver it in short order to your addressee in any of the 43,000 ZIP codes of this vast country, from New York City's tallest building to a village on the floor of the Grand Canyon.

Our public postal service literally delivers, and many of our post offices serve as treasured community centers — two reasons that the U.S. mail service consistently ranks highest among all federal agencies in public support. So naturally it must be decimated and ultimately eliminated.

What the Post won't be covering is what passes for logic in the back rooms of our Koch-headed Congress and in the boardrooms of many predatory corporations. They keep demonizing anything public — especially any public service that works and is popular — because the corporate powers and the congress critters they buy in bulk are determined to privatize government. So these profiteers and plutocratic ideologues constantly put out propaganda like the Post article, castigating the U.S. Postal Service as a massive, money-sucking, deteriorating, bureaucratic behemoth.

But here are a few facts they don't want you to realize: This public agency provides affordable mail service to all, in every community. It does this without a dime of taxpayer money, financing its entire operation with the sale of stamps and services like bulk mail. And the service provides hundreds of thousands of solid middle-class jobs spread throughout every ZIP code.

To help keep this public jewel out of the hands of a few greed-headed, price-gouging, low-wage, tax-dodging corporations, support A Grand Alliance to Save Our Public Post Offices.