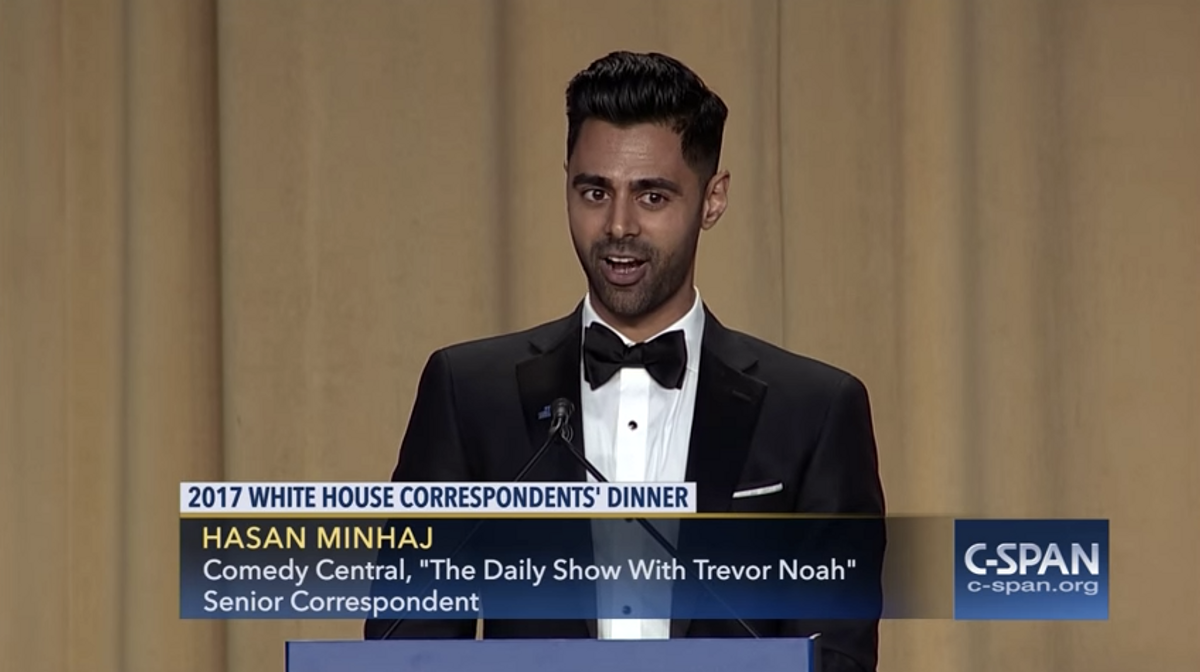 President Trump chose not to attend the White House Correspondents' Association Dinner on Saturday night, but that didn't save him from being roasted by "Daily Show" comedian Hasan Minhaj. As host of the evening Minhaj joked about how no one else wanted the gig so an immigrant had to be relied on.

"I would say it is an honor to be here, but that would be an alternative fact,” Minhaj said. “No one wanted to do this, so of course it lands in the hands of an immigrant. That’s how it all goes down.”

The "Daily Show" comedian then mocked Trump for refusing to show his face at the event.

"We gotta address the elephant that’s not in the room. The leader of our country is not here. And that’s because he lives in Moscow. It is a very long flight. It’d be hard for Vlad to make it. Vlad can’t just make it on a Saturday. It’s a Saturday," he joked.

Then adding, "As for the other guy, I think he’s in Pennsylvania because he can't take a joke. For the nine people watching on C-SPAN, there also was another elephant in the room, but Donald Trump Jr. shot it and cut off its tail."

But Trump was not the only one who was mocked during the event. Minhaj made jokes about Bill O'Reilly's severance payment after his firing from Fox News, MSNBC's obsession over Trump's tax returns and connections to Russia, CNN's ability to present everything as "Breaking News" and much more.

Towards the end of his remarks Minhaj hit a strong note about free speech and how it's a vital piece of a functioning democracy.

"Only in America can a first-generation, Indian American Muslim kid get on the stage and make fun of the president," Minhaj said. Adding, "And it’s a sign to the rest of the world. It’s this amazing tradition that shows the entire world that even the president is not beyond the reach of the First Amendment."

What followed was perhaps his most memorable line of the night.

"But the president didn’t show up. Because Donald Trump doesn’t care about free speech."