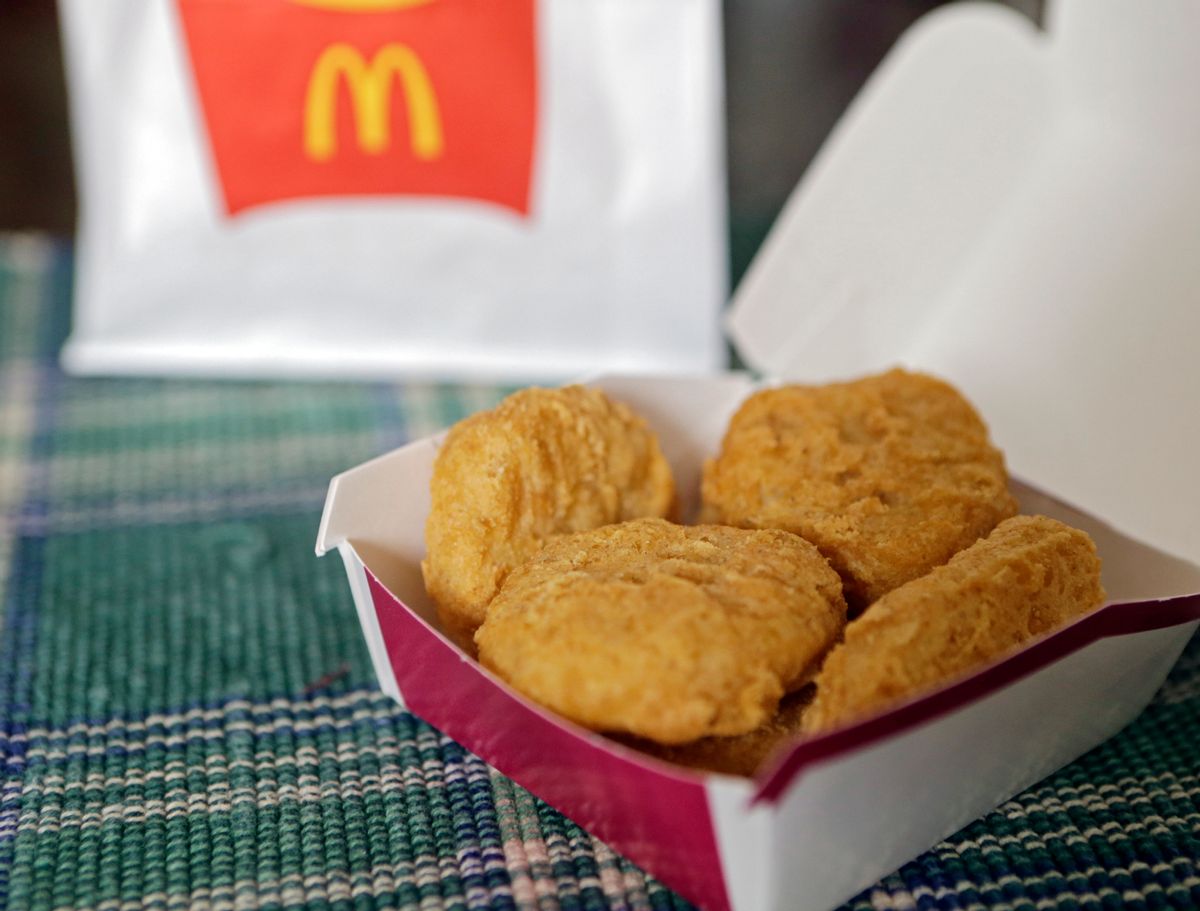 An order of McDonald's Chicken McNuggets is displayed for a photo in Olmsted Falls, Ohio Wednesday, March 4, 2015. McDonald's says it plans to start using chicken raised without antibiotics important to human medicine and milk from cows that are not treated with the artificial growth hormone rbST.. (AP Photo/Mark Duncan) (AP)
--

In a victory for public health, the board of the Los Angeles Unified School District, the second-largest school district in the country, adopted a resolution to end McDonald’s McTeacher’s Nights this April.

McTeacher’s Nights are events at which McDonald’s invites teachers to “work” behind a McDonald’s counter and serve McDonald’s burgers, fries, and soda to students, students’ families, and other people eating at the restaurant. McDonald’s, in return, donates a small percentage of the night’s proceeds to the school — often amounting to only $1-2 per student.

While McDonald’s enjoys free labor and the kind of marketing money can’t buy, schools are left with negligible proceeds, and teachers must face the impossible challenge of choosing between much-needed funds and educating students about health. Yet despite challenges from educators, parents, and health professionals, McDonald’s has continued to promote the events across the country. Since 2013, more than 700 McTeacher’s Night events have been documented in more than 30 states.

Cecily Myart-Cruz, the vice-president of United Teachers Los Angeles, has challenged McDonald's to end McTeacher’s Night events. “Calling McTeacher’s Nights ‘fundraisers’ just doesn’t hold up — it’s a raw deal for schools and an even worse deal for our students,” Myart-Cruz has said. “This should be a wakeup call for corporations like McDonald’s: We’re not going to tolerate them targeting our kids!”

Steve Zimmer, president of the LAUSD Governing Board, acted as the lead sponsor of the resolution. “I am grateful to my colleagues for joining me in taking a comprehensive view of our Good Food Purchasing Policy and how other policies might be in conflict with that. Our Board responsibilities extend well beyond the classroom,” he said.

"While I am thankful to the independent McDonald’s operators and business partners for their desire to support our students, I look forward to working with them to support our schools without relying on the labor of our teachers or interest of our families to promote food and other products that are in conflict with existing policies."

The passage of this resolution protects over 640,000 K-12 students within the Los Angeles school district from junk food sponsorships and builds on a foundation of strong food policy within LAUSD. For instance, LAUSD adopted school sponsorship guidelines that provided the framework for this resolution and enacted the groundbreaking Good Food Purchasing Policy program that sets standards for  food within the district to be sustainable, healthy, humane and fairly produced.