A passing familiarity with Abraham Lincoln would have answered Trump's question 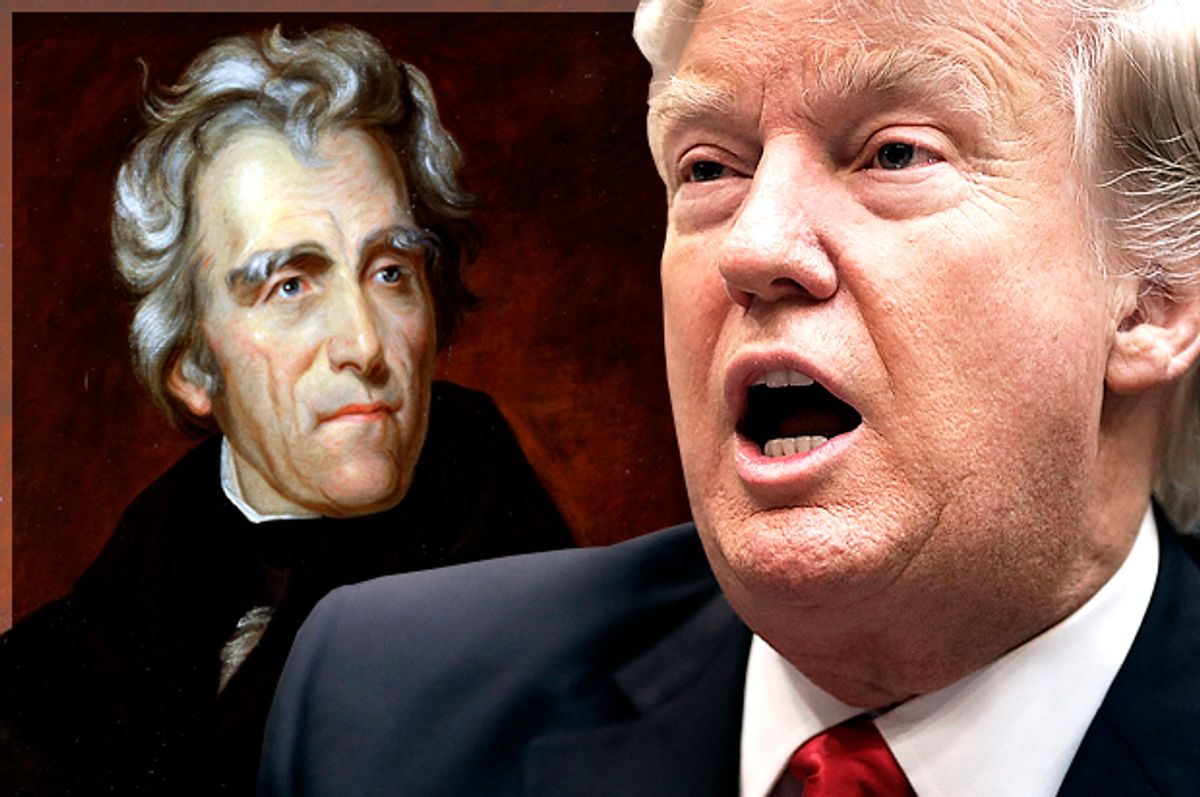 President Donald Trump has a well-known affinity for Andrew Jackson, but if he was a tad more familiar with Abraham Lincoln, he may have been able to avoid his latest gaffe.

"I mean, had Andrew Jackson been a little bit later, you wouldn't have had the Civil War," Trump told Sirius XM News & Issues. "He was a very tough person but he had a big heart, and he was really angry that he saw what was happening with regard to the Civil War. He said there's no reason for this."

Given Jackson's history of racism and imperialism, it is likely that millions of people (particularly men and women of color) would have vehemently disagreed with Trump's characterization of Jackson as a man with "a big heart." As for Trump's other big historical gaffe: Although the causes of the Civil War were quite complex, its main catalyst was the issue of slavery. After Abraham Lincoln's election in 1860, much of the slave-owning South was certain (perhaps incorrectly) that the Republican Party's policies would gradually lead to the end of slavery in this country. This convinced them that it was necessary to secede from the Union to preserve their so-called "peculiar institution."

Incidentally, Lincoln himself broke down why the Civil War was inevitable in his famous 1858 "House Divided" speech.

"'A house divided against itself cannot stand.' I believe this government cannot endure, permanently half slave and half free," Lincoln argued. "I do not expect the Union to be dissolved — I do not expect the house to fall — but I do expect it will cease to be divided. It will become all one thing or all the other. Either the opponents of slavery, will arrest the further spread of it, and place it where the public mind shall rest in the belief that it is in the course of ultimate extinction; or its advocates will push it forward, till it shall become alike lawful in all the States, old as well as new — North as well as South."