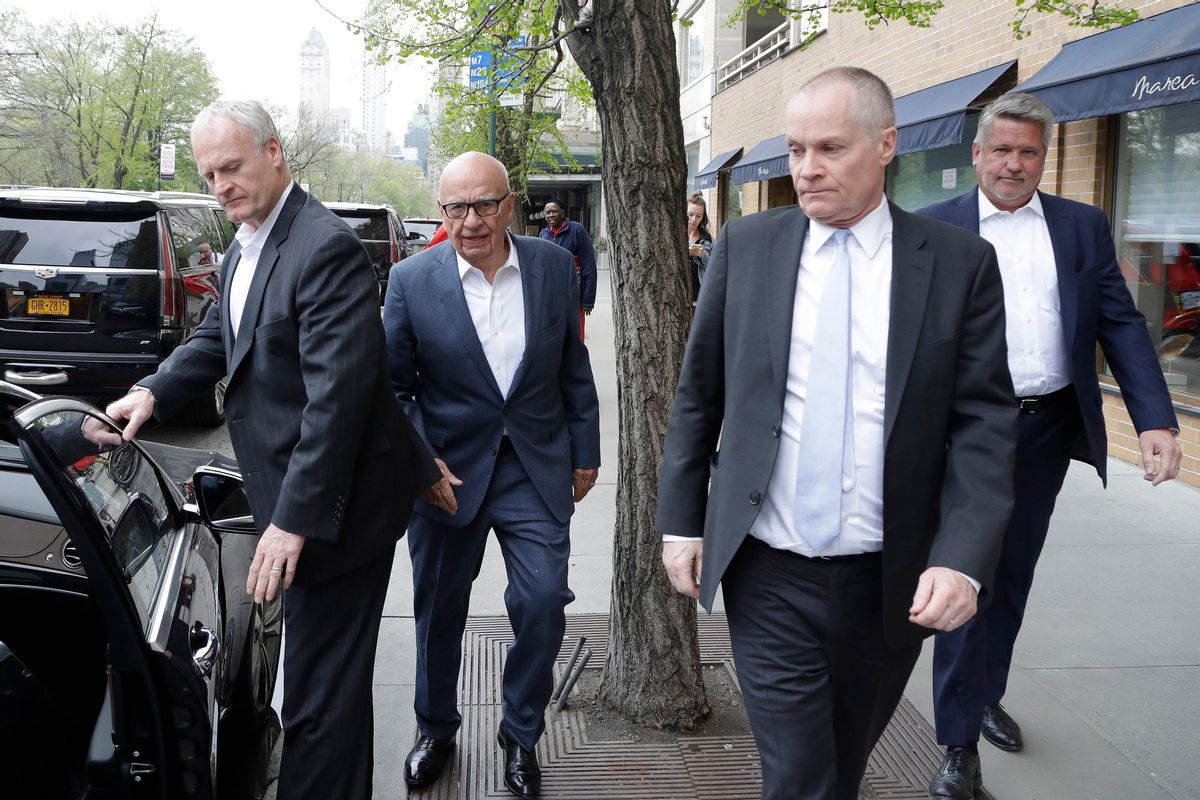 Bill Shine, the co-president of Fox News Channel and one of the network's longest-serving executives, is officially being forced out of the network.

The news of Shine's departure from Fox News was first reported by New York magazine's Gabriel Sherman, a biographer of Ailes who has developed extensive sources within the right-leaning television channel.

Shine's future has been long regarded as in doubt within the company. Since Fox News' former star Bill O'Reilly became embroiled in a controversy regarding several sexual harassment cases he had settled, several high-level employees at Fox News have accidentally been referring to Shine's tenure in the past tense in conversation or emphasizing that he was the "current" co-president of the network in communication with journalists.

"Bill Shine, Co-President of FOX News Channel (FNC) since August 2016, has resigned and will leave the company after helping the transition over the next few weeks, announced Rupert Murdoch, Executive Chairman of 21st Century Fox. Shine has been with FOX News since its inception over 20 years ago."

According to sources, there had been widespread speculation within Fox News that Shine was going to be fired last year along with the channel's founding CEO Roger Ailes, after he was accused of engaging in sexual harassment of female subordinates and even blackmailing one into performing oral sex on him for 20 years.

As the former vice president of talent, Shine was regarded by many employees as "Roger's bag man," the person charged with covering up internal controversies within the company. Shine rose to that post after serving as the producer for "Hannity & Colmes," where he earned the trust and admiration of Sean Hannity, who is now Fox News' sole remnant of the lineup that Ailes created that propelled the channel to dominance of the cable news market.

Hannity has been vocal in recent weeks in defending Shine, claiming on Twitter that his dismissal would be fatal for Fox News.

On April 27 Hannity wrote, "i pray this is NOT true because if it is, that's the total end of the FNC as we know it,"

The staunchly Republican host also claimed that a high-level Fox News employee was trying to have Shine dismissed.

"Somebody HIGH UP AND INSIDE FNC is trying to get an innocent person fired," Hannity wrote. "I KNOW WHO it is."

Since that date, Hannity has not publicly stated who the person was.