Fyre Festival was "intended to fleece attendees for hundreds of millions of dollars," $100 million lawsuit claims 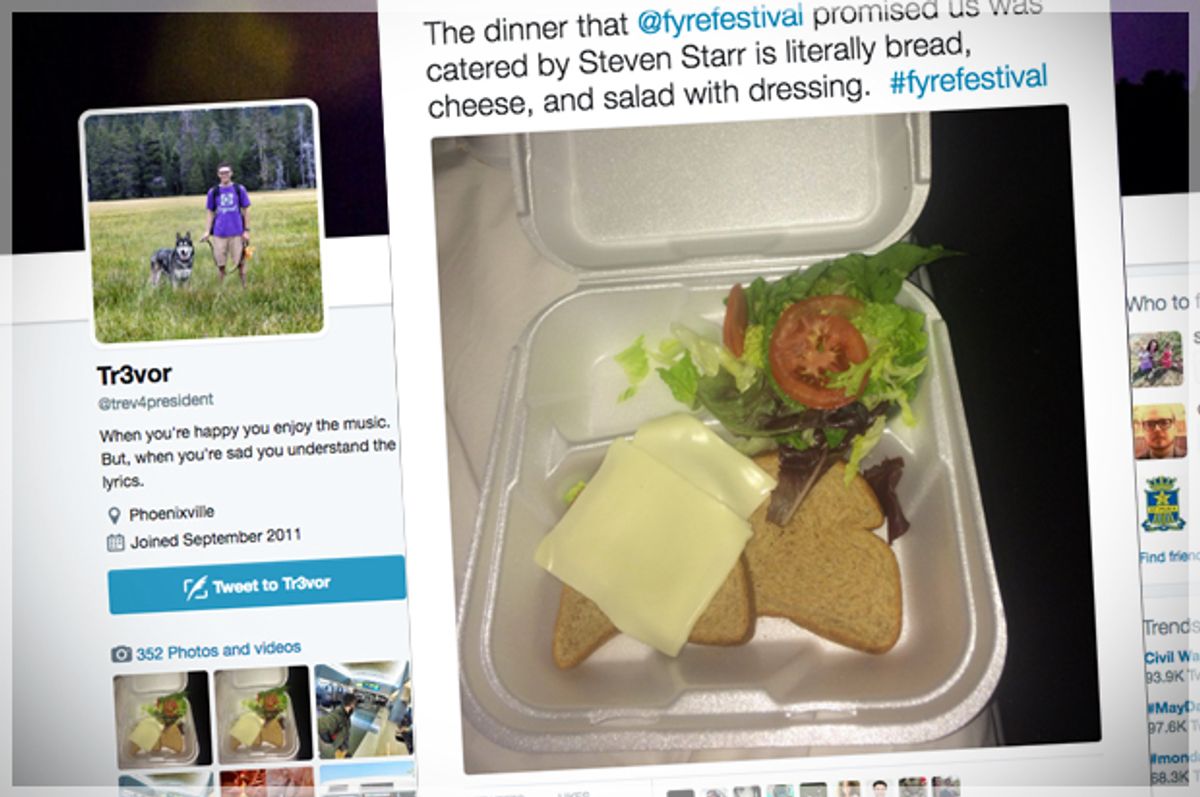 Considering that it was subsequently compared to "Lord of the Flies," the organizers at the very least can be sure that no one who attended will ever forget it. And given the more than $100 million class-action lawsuit that the organizers are now facing, they aren't likely to soon forget it either.

The lawsuit was filed by concert attendee Daniel Jung and his attorney Mark Geragos, according to a report by ABC News. Demanding "in excess of" $100 million, the lawsuit claims that the event was more like "'The Hunger Games' or 'Lord of the Flies' than Coachella" and describes the event as "nothing more than a get-rich-quick scam from the very beginning." It also argues that the named defendants — including Ja Rule, tech entrepreneur Billy McFarland, and Frye Media in Delaware — "intended to fleece attendees for hundreds of millions of dollars by inducing them to fly to a remote island without food, shelter or water — and without regard to what might happen to them after that."

The lawsuit occurs in the aftermath of a humiliating controversy involving the Frye Festival, during which a number of concert attendees were stranded on the private island of Frye Cay in the Bahamas after the event was locked down due to the organizers failing to pay customs duty taxes on materials imported specifically for the concert. People claim they were left without adequate food, transportation, lodgings, and other necessary accommodations.

Geragos explained in a statement that the organizers "need to step up and make this right but unfortunately, the opposite has occurred."