"I was on the way to winning": Hillary Clinton blames her loss to Trump on the final ten days of her campaign

"If the election had been on October 27, I would be your president," Hillary Clinton said on Tuesday 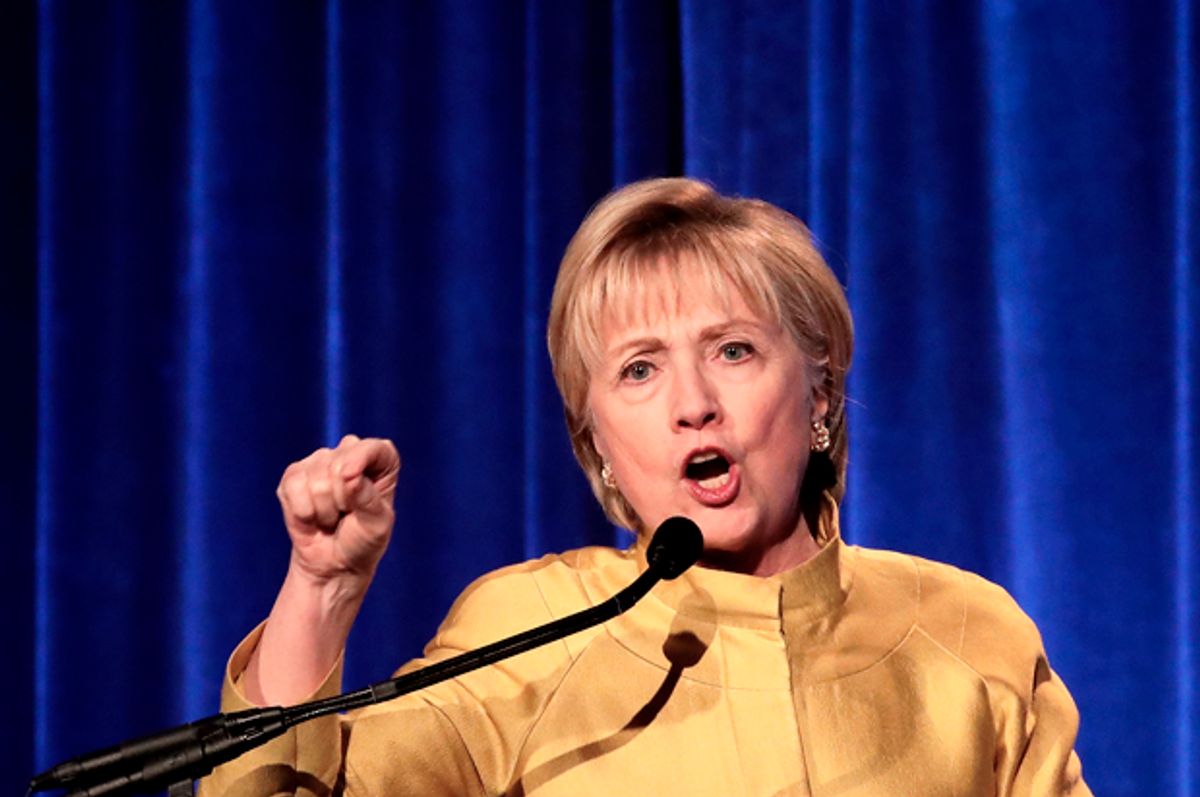 Hillary Clinton unquestionably ran a flawed campaign in the 2016 presidential election, but if Clinton herself is to be believed, she would have won had it not been for the events of the final ten days.

At a Women for Women event in New York City on Tuesday, the former secretary of state and Democratic presidential nominee told CNN's Christiane Amanpour, "If the election had been on October 27, I would be your president."

She went on to acknowledge that "It wasn't a perfect campaign, there is no such thing, but I was on the way to winning." That is, Clinton said, "until a combination of Jim Comey's letter on October 28 and Russian WikiLeaks raised doubts in the minds of people who were inclined to vote for me and got scared off."

Clinton added, "The evidence for that intervening event is, I think, compelling, persuasive, and so we overcame a lot in the campaign."

Clinton: I was on the way to winning until a combination of the Comey letter and WikiLeaks "scared off" voters https://t.co/FS9oAsrIQv

In fairness to Clinton, FiveThirtyEight editor-in-chief and statistical guru Nate Silver has also argued, by crunching the numbers, that "Clinton would almost certainly be President-elect if the election had been held on Oct. 27 (day before Comey letter)." This is a reference to the letter released by FBI Director James Comey on October 28 in which he disclosed that the bureau was revisiting aspects of its investigation into Clinton's email scandal.
Of course, Silver was also less certain about the role of Russia's alleged collaboration with Wikileaks, arguing that it was "harder to say with Russia/Wikileaks because it was drip-drip-drip."
On Tuesday, Clinton also cited a factor for her loss that had nothing to do with the final ten days of the campaign — sexism.
"Yes, I do think it played a role," Clinton told Amanpour, before pivoting back to her main argument. "I think other things did as well. Every day that goes by, we find out more about the unprecedented inference, including from a foreign power whose leader is not a member of my fan club. It is real, it is very much a part of the landscape, political and socially and economically."