WATCH: We are all Newtown, part 1

Religious leaders in Hartford, Conn., are looking for an urban/suburban coalition to oppose gun violence 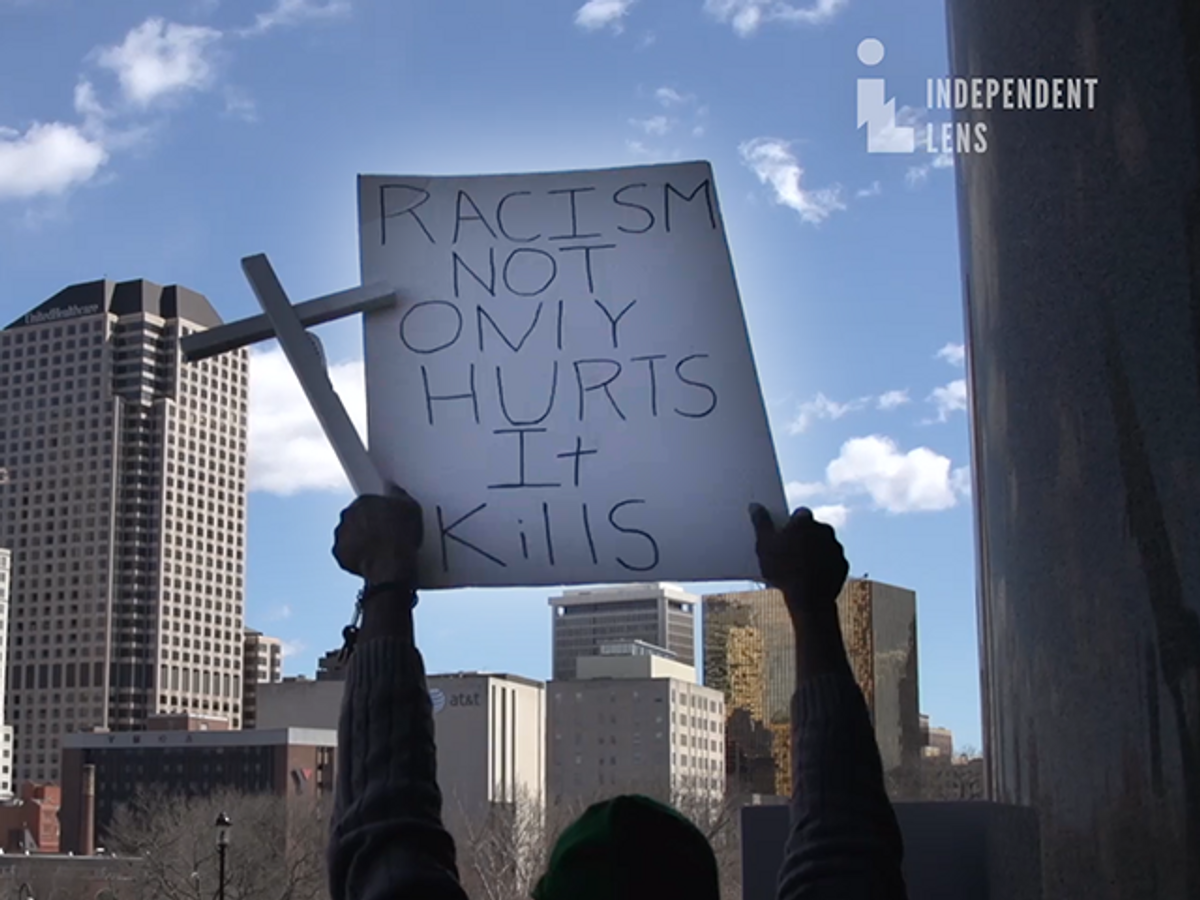 “I’m sick and tired of hearing about Newtown,” Pastor Sam Saylor tells a crowd in Hartford, Connecticut. “I want you to hear about Shane.”

The African American minister’s 20-year-old son, Shane Oliver, was gunned down on the streets of Hartford, just two months before the massacre at the Sandy Hook Elementary School in suburban Newtown. The murder of 20 first graders and six adult staff on December 14, 2012 — the deadliest mass shooting of school children in U.S. history — horrified the country and dominated the news for weeks.

But the outpouring of grief for Newtown pained Pastor Saylor. Who was grieving for Shane? The massacre in Newtown had taken place in a white, affluent suburb. Why weren’t people equally concerned about the relentless gun violence taking the lives of young Black men and women in poor neighborhoods of cities like Hartford, which had the highest homicide rate in New England?

Saylor was frustrated and angry. But as he joined others in a movement to ban the kind of assault rifle that was used in the Newtown murders, he met fathers from other backgrounds who had lost children to gun violence. He understood, he says, that they shared a common bond of tears and suffering and they knew they had to do something.

“I realized I am Newtown,” Saylor tells a rally against gun violence. “We are all Newtown.”

Pastor Saylor’s story — how he joined with religious leaders from Newtown and across the country — to campaign for a ban on assault rifles and an end to gun violence — is the first chapter of a three-part series, “We Are All Newtown,” by filmmaker Kim A. Snyder. Having produced a full-length film, “Newtown,” on the horrendous school shooting, Snyder and her co-producer, Maria Cuomo Cole, were determined to follow the doctors, ministers, law enforcement officers and ordinary citizens who are dedicated to reducing gun violence.

“We’ve been asleep,” says Rev. Matt Crebin of Newtown’s Congregational Church. But he’s joined Pastor Saylor in an urban/suburban alliance to end the mass shootings that continue to scar American communities. And they say there’s no turning back.