The trailer for Netflix's "The Defenders" is all punches and snark

Can the combined might of Daredevil, Jessica Jones and Luke Cage save Iron Fist from himself? 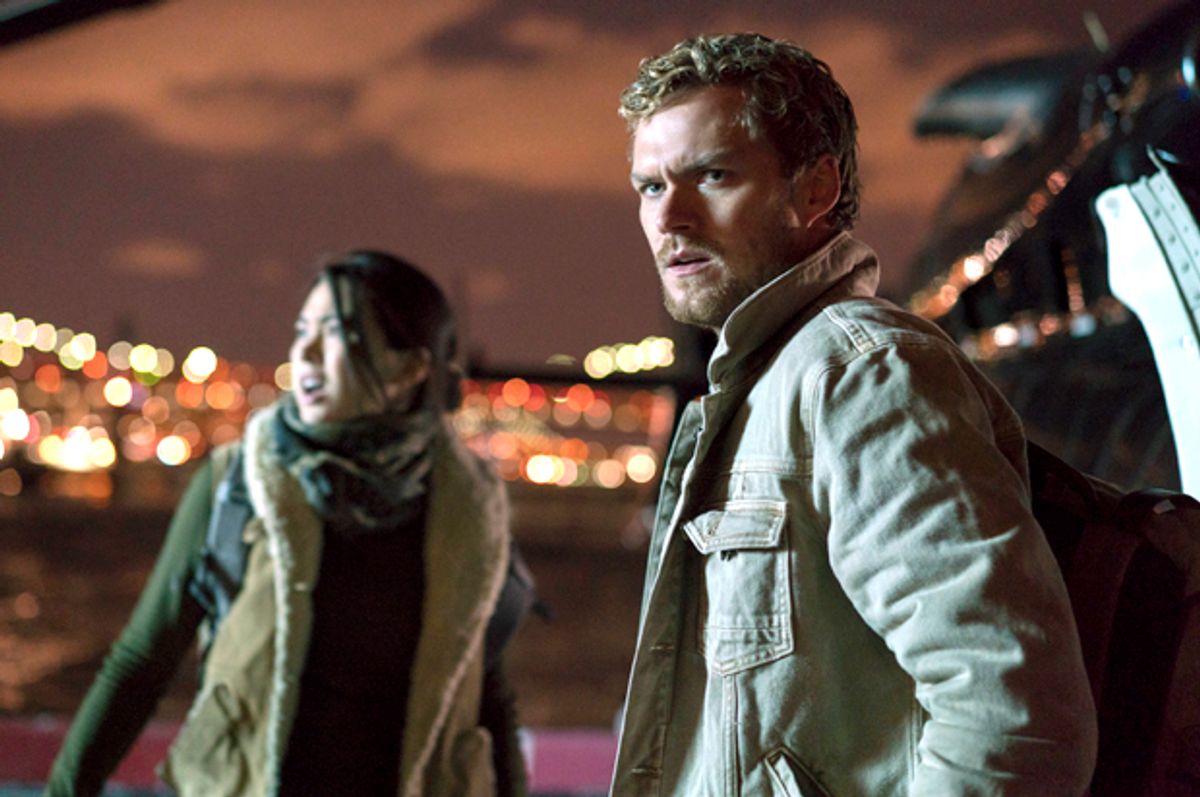 Jessica Henwick and Finn Jones in "The Defenders" (Netflix/Sarah Shatz)
--

The footage is as action packed as clips from a Marvel Cinematic Universe series should be and benefits from the gritty-meets-witty house style employed across Netflix's Marvel properties. For example, our heroes get not one, but two snarky tongue-in-cheek introductions.

In the first, an off-screen voice intones, "The devil of Hell's Kitchen. The smart-ass detective. The righteous ex-con. And the kid with the glowing fist. The war for New York is here."

After a pause the voice adds, "So get your shit together."

Iron Fist itemizes further, describing Luke Cage as "bulletproof," Daredevil as  a "blind ninja," and Jessica Jones as, "whatever it is you are."

"Classy," responds Ritter with the weathered contempt that made the first season of "Jessica Jones" a dark delight.

Such contempt for poor Danny Rand may reflect an anxiety shared by producers and viewers. "The Defenders" is the home-streaming version of Marvel's "Avengers," films that made a box-office supergroup out of existing successful franchises (Iron Man, Thor and Captain America). With Rand's "Iron Fist" widely regarded as a failure, it's an open secret that Marvel the needs other, more popular characters to carry the series on behalf of Netflix's unloved kung-fu warrior.