The Eagles sue Hotel California, the place not the song 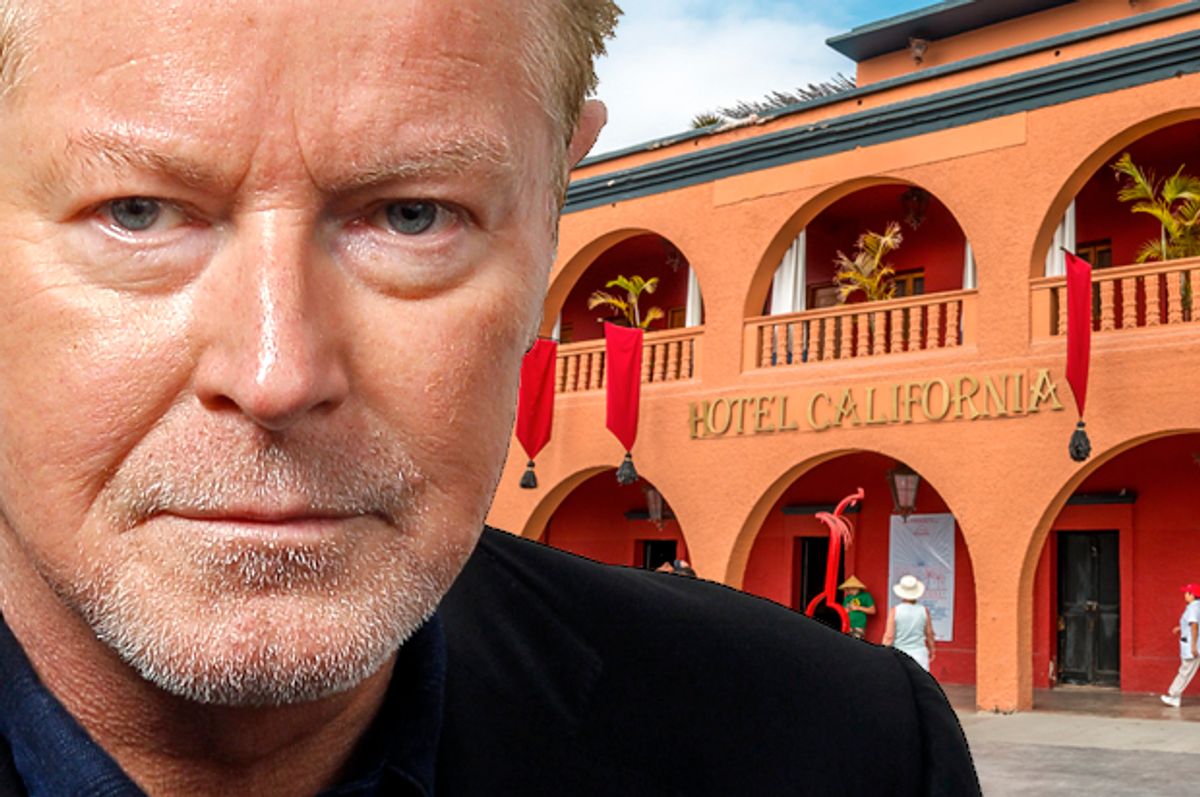 On Monday representatives for the 1970s rock group the Eagles filed a suit in a U.S. district court in Los Angeles claiming that the ownership of the 67-year-old Hotel California is attempting to profit off the band’s 41-year-old chart topper "Hotel California."

According to the filing, the proprietors of the 11-room establishment located in the seaside town of Todos Santos in the Baja California Sur region of Mexico, “actively encourage consumers to believe that the hotel . . . is associated with the Eagles to further their sale.” Representatives for the band are seeking damages and a halt to various activities that they see as infringement.

At first blush, filing the suit appears to be as chronically uncool as the band’s launching its “Hell Freezes Over” reunion tour and album (though perhaps still cooler than drummer and co-leader Don Henley’s 2000 solo release “Inside Job.”) Yet, there does appear to be at least a whiff of merit to the inherently not-chill filing.

The hotel’s website reads, “Although the present owners of the hotel do not have any affiliation with the Eagles, nor do they promote any association, many visitors are mesmerized by the ‘coincidences' between the lyrics of the hit song and the physicality of the hotel and its surroundings.” It then proceeds to conflate various “Hotel California” lyrics and sundry Hotel California facts. For anyone trying to avoid the wrath of a historically litigious band led by a historically humorless, bitter millionaire, this is not a good look.

That, along with some suggestive Yelp reviews, apparently questionable merchandise choices and other minor issues, seem to be checks against the hotel’s defense. What may perhaps aid the ownership is the currently prevailing popular opinion that the band — the Coldplay of its day — deserves a certain measure of contempt. Wonder if the band will call this guy as a witness.