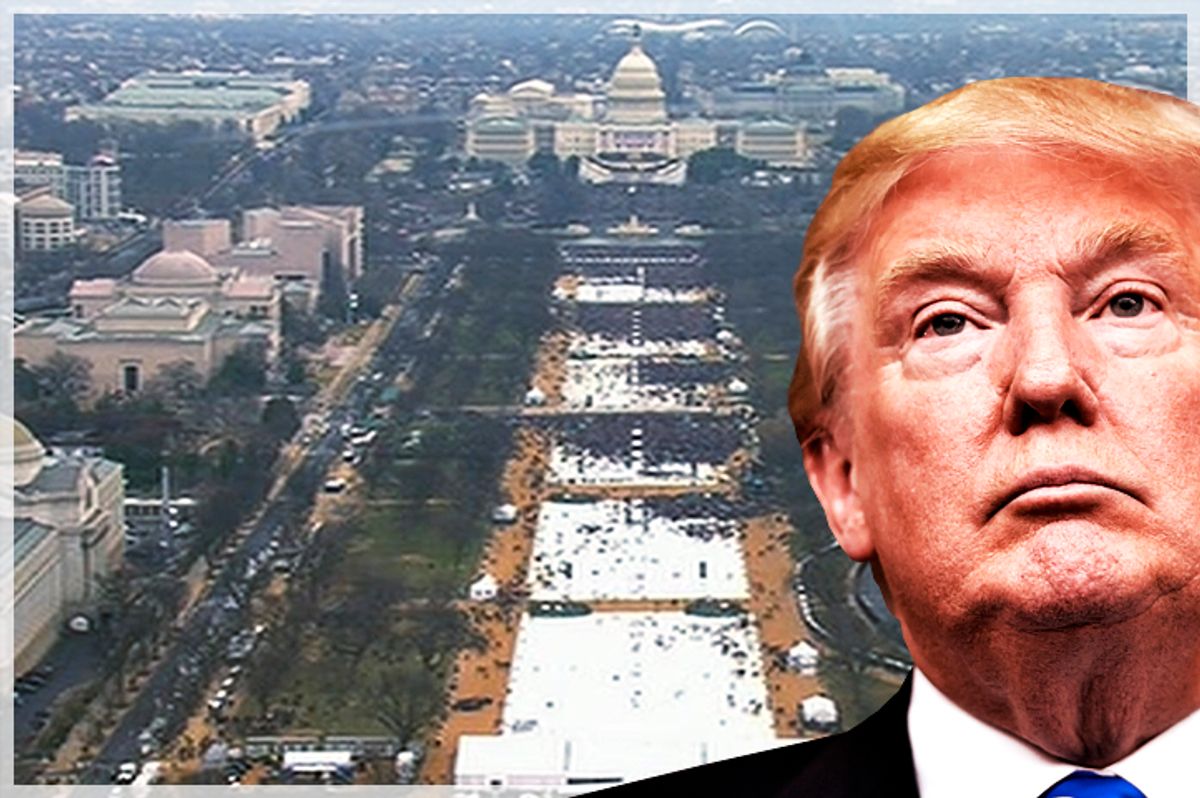 Remember when President Donald Trump was upset because the media wouldn't buy into his demonstrably false claim that his inauguration crowd matched that of President Barack Obama (even though it was in fact smaller)?

It turns out the president was also personally involved in trying to root out the rogue tweeter who used the official National Park Service account to help prove him wrong.

Tim Cash, the Chief of Digital Strategy at the National Park Service, sent an email to the NPS' Chief Information Security Officer Shaun Cavanaugh on Jan. 21 saying that "obviously, this has become a very sensitive issue, especially since the president has gotten directly involved and contacted Acting Director Mike Reynolds concerned about one of the images that was retweeted," according to a report confirmed by CBS News. The email referred to a rogue tweet that was issued from the NPS' account which showed a side-by-side comparison of the crowds at Obama's first inauguration and Trump's, with the former clearly surpassing the size of the latter.

The exchange between Cash and Cavanaugh was released by MuckRack through a Freedom of Information Act request.

A memo released through the same request shows a staffer describing how the department "traced the IP address used for the two questionable posts to an ISP in the San Bruno, Calif., area and checked all possible NPS social media points of contacts in that area." Although the National Park Service at first "suspected that this incident was an accidental cross-posting from a personal Twitter account (this has happened on multiple occasions in the past with other NPS social media accounts)," they later considered the possibility that the account had been compromised.

At the time of the controversy surrounding Trump's comparatively smaller crowd size, White House press secretary Sean Spicer claimed that the White House had not ordered the tweet to be taken down (which it was shortly after being posted). He also claimed they had not suspended the Interior Department accounts.