WATCH: Seth Meyers explains how air travel got to be this bad 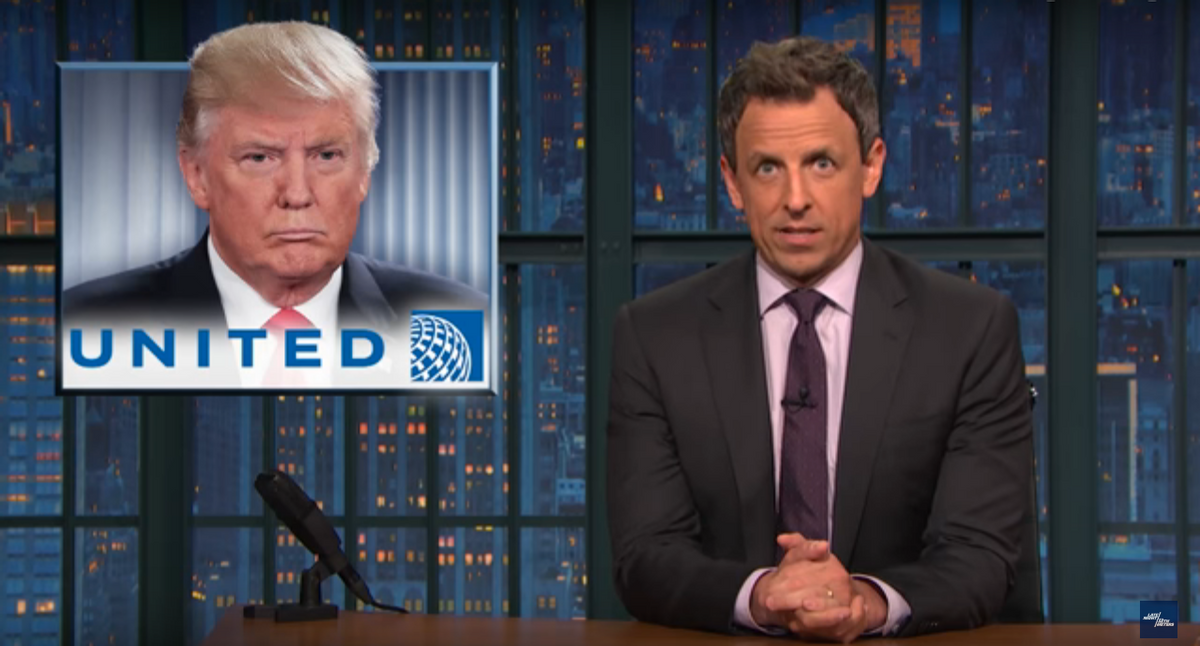 Congress issued a stern warning to the airline industry this week: Improve customer service or the government will be forced to intervene. "Late Night" host Seth Meyers explained to his audience Tuesday that government deregulation of airlines likely led to substandard air travel in the first place.

In the 1980s, after former President Jimmy Carter signed the Airline Deregulation Act in 1978, air travel became ubiquitous in America, as the legislation removed government-controlled pricing, thus lowering airfare. But lower prices forced the airlines to contract space, shrinking the seats and accommodations.

"Remember the Mile High Club?" Meyers asked audience. "There was a time where people actually wanted to have sex in an airplane bathroom."

Today, Americans seem content with whatever airline is offering the cheapest flight.

"Airline customers don't develop brand loyalty the way they do with other products," Meyers said. "Your pilot might as well say, 'Hey, folks, we know you have a lot of choices when you fly, so thanks for choosing the cheapest flight you can fly on kayak.'"

Before the horrendous incident on the United Airlines flight that saw a passenger dragged of a plane bloodied, Trump met with airline industry executives at the White House to discuss burdensome regulations. He has also promised to privatize air traffic control.

Meyers showed a clip from Jan. 23 in which Trump pledges to roll back regulations, but that there will still be enough rules so that consumers would still be fully protected.

"We're going to get rid of regulations massively, but it will still be as good as what we have now," Meyers said, trying to understand the president's logic. "That is like your surgeon telling you he is going to cut off both of your legs, but don't worry you will get around better than before."

The "Late Night" host pointed out that Trump is not exactly the people's best representative when it comes to air travel. Trump owned a private jet, with its own VIP lounge, before he got the keys to Air Force One

"It's like keeping the keys to your Maserati in a faberge egg," Meyers said of Trump's digs.

As far as the state of the airline industry, Meyers succinctly put it this way: "I would say the whole industry is being dragged down the aisle with its belly exposed."