Alabama will allow adoption agencies to discriminate against LGBT couples

The bill claims to protect "religious liberty," but really it's all about discriminating against gay people 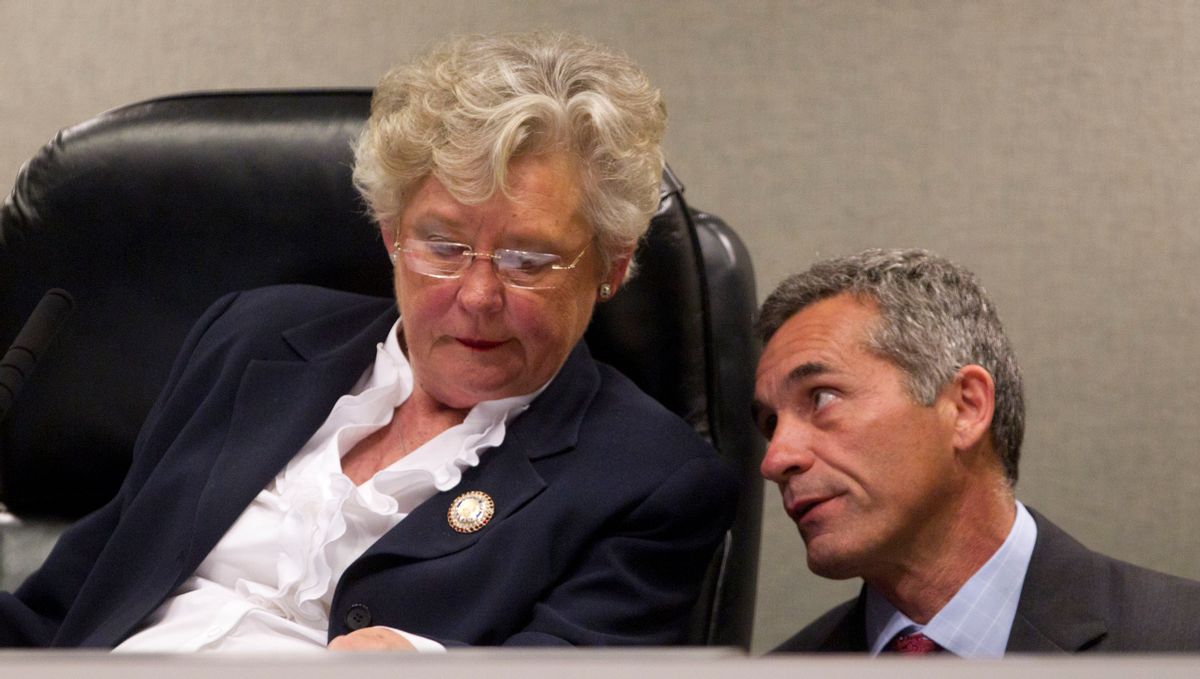 An Alabama bill that allows adoption agencies to discriminate against LGBT couples is now the law of the state.

Republican Gov. Kay Ivey signed the statute into law on Thursday, using the justification that anti-gay bigots have seized upon so often in recent years when oppressing the gay community — namely, that doing so is merely an exercise of their "religious liberty."

"The elected legislature of this state overwhelmingly approved House Bill 24," Ivey said. "Having served as president of the Senate for more than six years, I appreciate the work of the legislature, and I agree with it on the importance of protecting religious liberty in Alabama."

Somewhat disingenuously, she added: "this bill is not about discrimination, but instead protects the ability of religious agencies to place vulnerable children in a permanent home." Any chance that that statement could have been taken at face value was obliterated by her adding that "this bill ensures that the neediest among us, children who need to feel the love and security of a family, are cared for" (which implies that they would not receive the care of a family if that family happened to be led by an LGBT couple).

As State Rep. Patricia Todd, who is gay, told Alabama.com, "this bill obviously came about because same-sex marriage was approved. It's based in a stereotype. And it's wrong. And we shouldn't discriminate and I will always fight that."

This point was echoed by Eva Kendrick, who serves as state director of the Human Rights Campaign of Alabama, and said that their organization is "deeply disappointed that the legislature and the governor took on this unnecessary, discriminatory bill instead of focusing on how to improve the lives of all Alabamians, no matter who they are or whom they love."