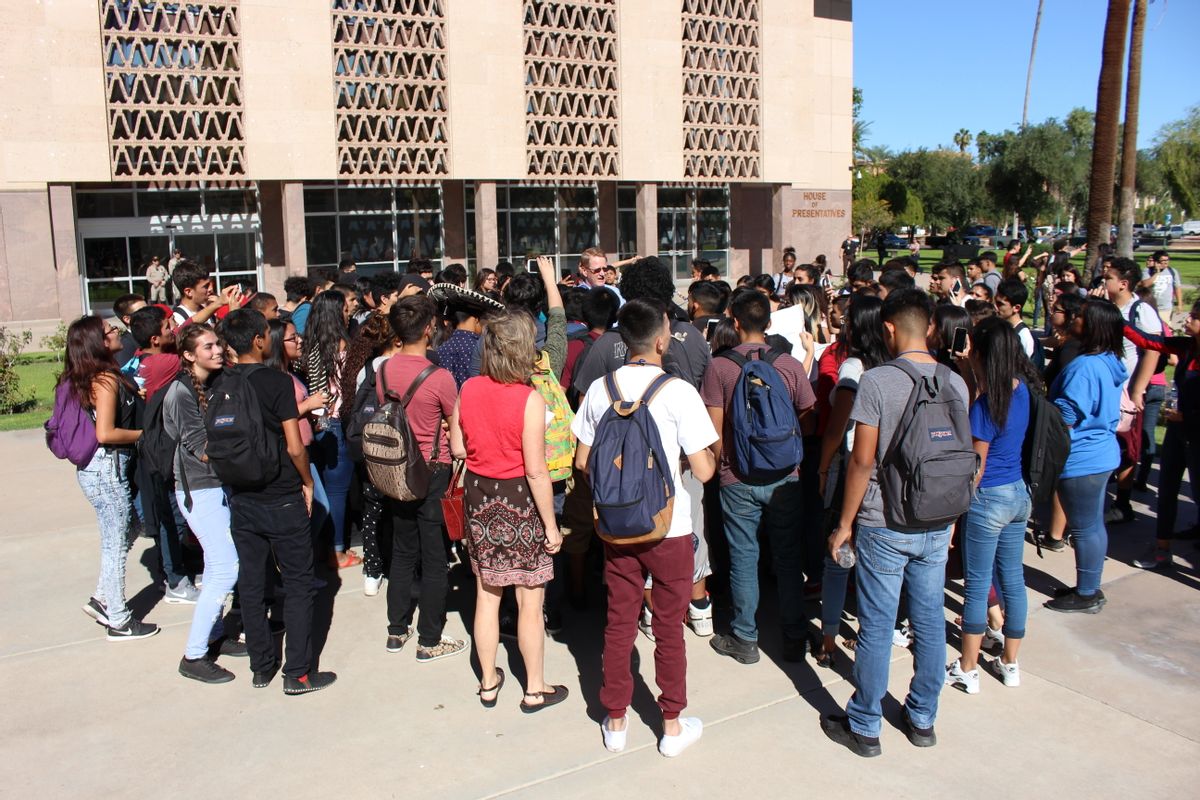 Paul Mosley has big dreams as a freshman legislator in Arizona's House of Representatives. The conservative representative of Lake Havasu City wants to end compulsory education.

In an interview with the Arizona Capitol Times, Mosley revealed that the No. 1 law he wishes to repeal is the state's truancy law.

"The number one thing I would like to repeal is the law on compulsory education," he said this week.

His vendetta against compulsory education seems to have started when a truancy officer called his house to inform him that his 5-year-old son had missed the limit of 18 days of schools. "I was actually pretty upset," Mosley said about the phone call, noting that Arizona's compulsory education law applies only to students aged 6 and older.

Mosley, a father of seven, said he currently home-schools his children. But with his new job at the capitol, he said he will be forced to enroll them in school.

If he had his way, kids wouldn't even have to acquire an education.

"Education used to be a privilege," he said in the interview. "People used to believe getting an education was something you had to be privileged to get, that you had to work hard to get. Now we basically force it down everybody’s throats."

Added Mosley: "We’re telling kids they have to go to school, and we put fences around the schools to protect them now, and we give them a meal or two and sometimes send a backpack of food home with them." He said, "So now schools are not only tasked with educating our children, but also feeding our children. What happened to the personal responsibility of a parent to feed and educate their kids?"

Every U.S. state has a law that mandates schooling for children.