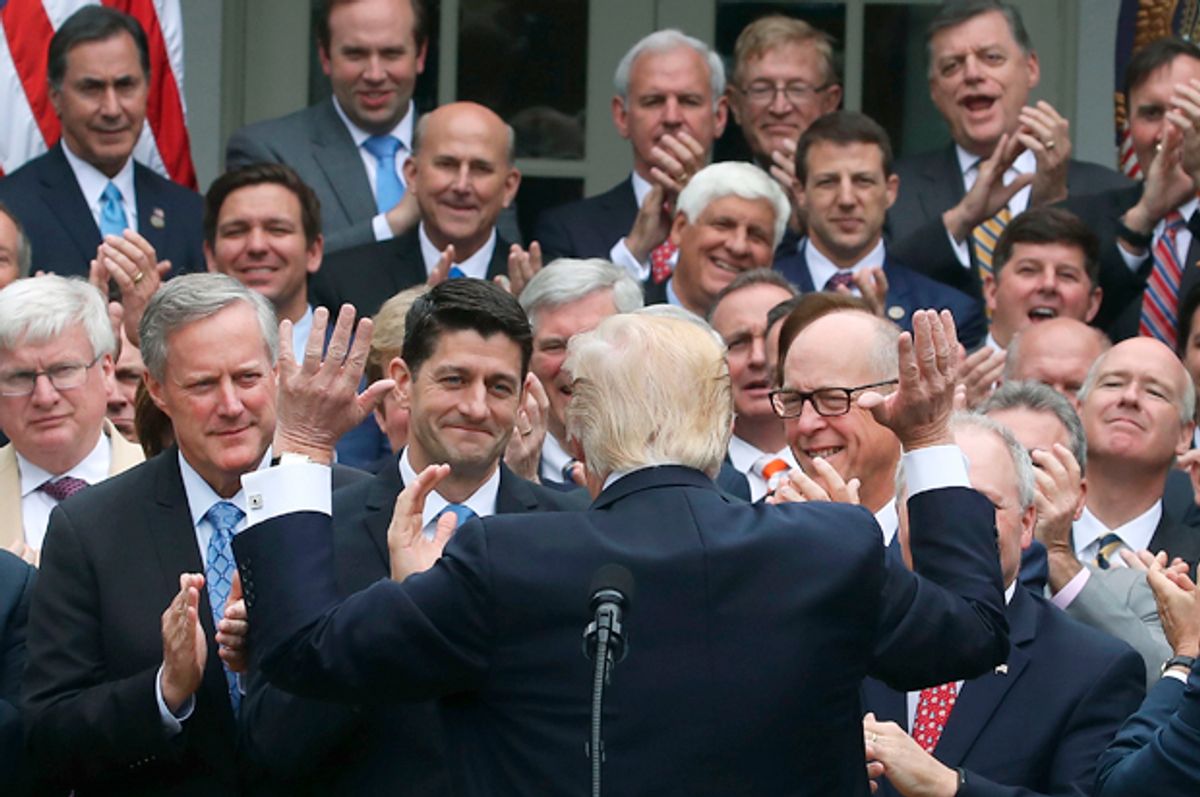 After weeks of seemingly endless failure, President Donald Trump finally celebrated the passage of his American Health Care Act in the House of Representatives on Thursday. The bill's passage in the House is the biggest step the GOP has taken to repeal Obamacare.

While the legislation stands to kick up to 24 million people off their current health insurance, it appears that Republicans in the House may have started the party early with a cart of ice cold beer and a victory lap in the Rose Garden.

The final vote tally was 217-213, mostly along party lines, with 20 Republicans voting against the legislation. Upon the Republican victory, members of the party exited Capitol Hill in numerous buses to join Trump at the White House for a celebration.

Trump was scheduled to meet with Australian Prime Minister Malcolm Turnbull in New York City Thursday afternoon but in anticipation of the victory, the president delayed his departure from the White House, according to the Associated Press.

Republicans were eager to tout their accomplishment of repealing a law that extended health insurance coverage to nearly 25 million people in seven years.

"Welcome to the beginning of the end of Obamacare," Vice President Mike Pence proudly bragged at the news conference in the Rose Garden, before introducing Trump. The president began his speech by saying the AHCA was "for the people" and that those who suffered from Obamacare would no longer have to.

"This is a great plan, I actually think it will get even better," Trump said.

"It's dead, it's essentially dead," Trump said of Obamacare, adding, "We want to brag about the plan."

"This has brought the Republican party together," Trump said.

President Trump: "I feel so confident" that the Senate will pass the GOP health care bill https://t.co/YDS2pHITd2 https://t.co/WxBHPahTsf

Speaker of the House Paul Ryan then joined in on the bragging by thanking the president for his leadership, and calling AHCA the "best bill possible."

"It makes health care more affordable, it takes care of the most vulnerable," Ryan closed.

For their part, Democrats in Congress were quick to take to Twitter to mock Republicans' celebration: