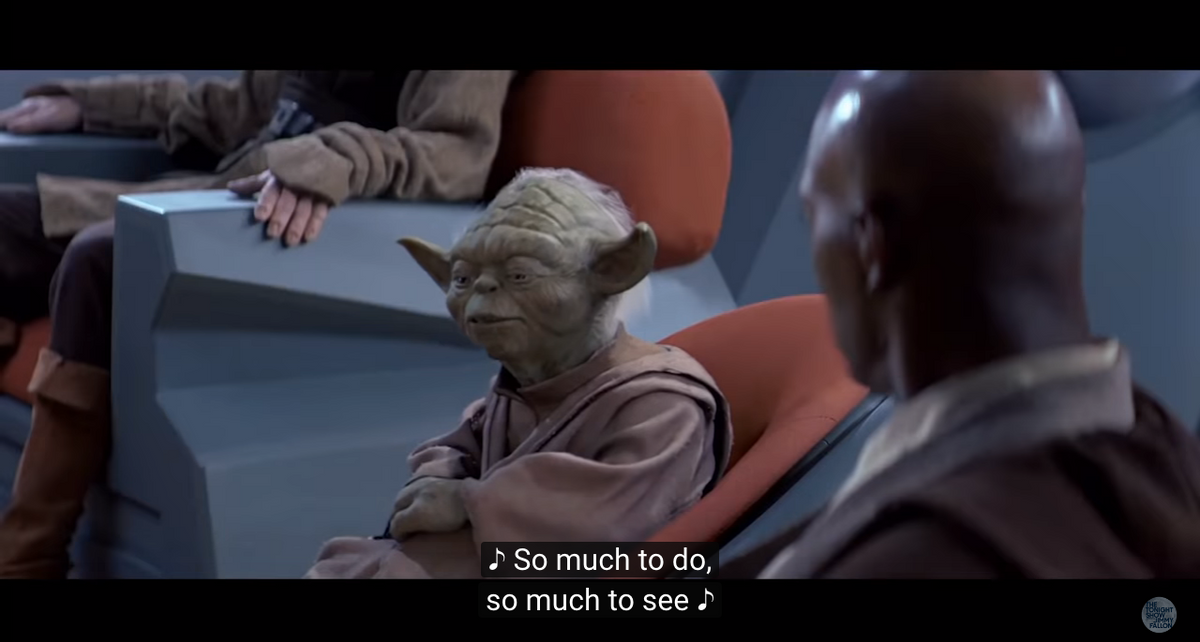 The force was strong with Jimmy Fallon Wednesday night, as he and his crew at NBC's "Tonight Show" made a lip dub video in honor of Thursday's holiday: Star Wars Day.

In a bit before his guest interviews, Fallon brought out a box filled with audience suggestions. One fan wrote:

"Tomorrow is May 4th and May the 4th be with you. I love 'Star Wars.' I also love the song 'All Star' by Smash Mouth, which got me thinking. Can you show all the stars from 'Star Wars' singing 'All Star' to celebrate?"

From the first "Star Wars" movie in 1977 to the latest film, "The Force Awakens," the characters from this epic series have said enough dialogue to complete the lyrics to Smash Mouth's greatest hit, which peaked at No. 4 on Billboard's "Hot 100" in 1999.

This year, "Star Wars: The Last Jedi" will premiere in December, the second film in the "Star Wars" sequel trilogy. In March, actor Woody Harrelson, who will star in the upcoming movie, went on the "Tonight Show" and offered some details about his character after Fallon refused to let him leave without giving any insight.

If all goes well for Harrelson, he will be starring in next year's May 4th lib dub singing Blink-182's "All the Small Things" or some other song from 1999.